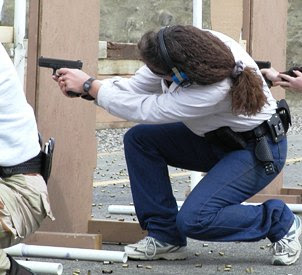 Today I heard a sound bite on the radio from a County Sheriff in Florida that first had me shaking my head, but the more I thought about it, the more sense it made.  I went online looking for the complete message and found there were several similar messages from law enforcement officials in New York, Kentucky, others in Florida, and elsewhere.

It was the Marion County Sheriff, Chris Blair, who said, "If you are certified to carry a gun, I would like to encourage you to do so. Those who carry firearms responsibly and are confident in their abilities can---and should---be our first line of defense in an active shooter situation."  He went on to say IN NO WAY does he suggest armed citizens should act as vigilantes.

But here's what really got me to thinking:  It was the Brevard County (FL) Sheriff's office that invited its concealed handgun license (CHL) holding citizens to attend one of their self defense / tactical shooting / decision making classes.  Its purpose is to mentally prepare legally armed citizens on what to expect and how to react in a shooting situation.

More education....how can that be anything but good?  Plus, it might be enough to scare away those who might not realize how life altering it can be to find yourself in that position.  Better to educate them in a "controlled stress" environment than to have them learn the hard way under fire.

Little good can come from a panicked person with a gun.  And for those who are waffling on whether to have a gun or get a license, this will make the decision easier.  If you're not sure, then the correct answer is...NO!   To paraphrase Harry Truman, "If you won't be able to handle the heat, then don't go near the kitchen."

Why not take it a step further?  Just like you have several levels of higher university degrees, and several levels of drivers education for new drivers, why not have multiple levels of firearms competency?  Current / retired law enforcement and military MP's should logically hold firearm PhD's, while novices must complete basic course 101 (such as the NRA basic safety program) before being eligible to even (legally) purchase a gun.

The rest of us could advance up the ladder in increments  once we prove our increased competency.  Those at the highest level could then effectively be "our first line of defense in an active shooter situation" until law enforcement arrives as the Sheriff suggested.

There are private schools now that do essentially the same thing (proper self defense training and preparation), but they are usually held over several days at a remote location, and cost lots of $$$.  This could be training for the Everyman. 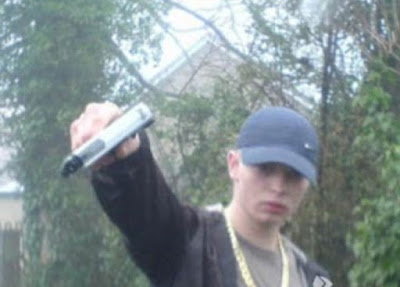 And *snicker* I doubt many gang bangers would willingly attend a class AT THE SHERIFF'S  OFFICE.  Hahaha! 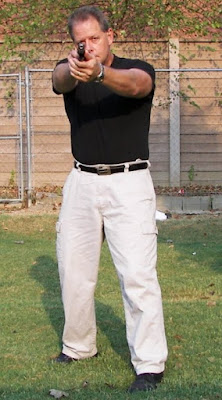 Posted by Lowandslow at 8:37 PM