I catch a lot of hell for being a long-time homebuilder who lives in an apartment.  Why would I do that?  "Practice what you preach" they say. 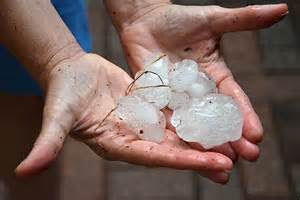 Well, here's one reason.  We've had several damaging hail storms in the DFW area in the past few weeks, the most recent being just last night, and it was a doozie!

From about 8pm on the only thing on local TV was storm coverage.  North Dallas and the northern suburbs received golf ball-to-baseball sized hail.  In many areas the ground was inches deep in hail...it looked like an ice storm in the middle of winter, yet it was in the 80's just hours earlier. 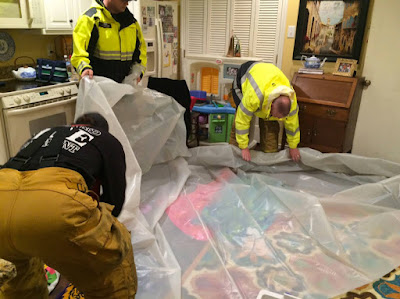 Now many people will be consumed for the next three or four months calling and being put on hold for hours at a time dealing with their insurance company, arguing with the adjuster, finding (and waiting in line) for a reputable roofer to put things back right, then having to deal with the mortgage lien holder (the bank) to get their check released.  The same goes with damage to autos, dealing with insurance and then body shops.  Ugh!  What a hassle.  Been there, done that!

Living simple has it's advantages I'm tellin' ya.  My cars were safe in a parking garage when the storm hit, and our roof, if it was damaged, isn't my roof.  Let management deal with it. They deal with the landscape maintenance, the pool, the elevator and fire sprinkler inspections, and the painting, etc, too.  I just write a check.  :)

Posted by Lowandslow at 7:07 AM