The end of the McMansion? 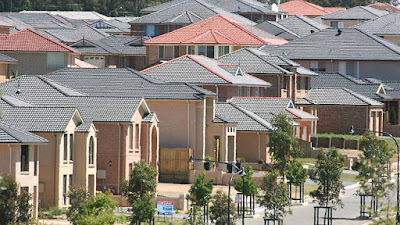 I read an interesting story today that said in many parts of the country "McMansions", those 3,000-5,000+/- square foot homes that have been all the rage for the past several decades, are losing their appeal.

The report went on to say that many buyers in their prime home-buying years are opting for new, smaller homes or older homes with "character".  It said that today McMansions are often looked at as large-but-poorly-built examples of excess consumption, paid for with debt that owners can't afford.  (This in contrast to those families of actual means who can afford nice quality large homes.)  They say in many locations (but not here in Dallas) McMansion prices are stagnant or even falling vs year ago values, while less expensive homes are seeing nice appreciation.

What they're finding is that many of those large, relatively inexpensive homes (based on the price-per-square-foot) will begin falling apart long before they should.  Yes, eventually all homes need maintenance, but it shouldn't be as soon as the warranty expires.  Does anyone ever stop and wonder how they can sell those large homes for that cheap of a price?  Do people actually think they're getting a Bentley for the price of a Chevy?

Here's a dirty little homebuilder secret for you:   Building codes generally aren't that tough.  In fact, the purpose of building codes is to set a baseline "minimum property standard", key word there being MINIMUM. 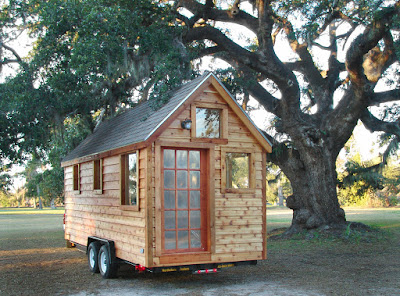 At the exact opposite end of the housing spectrum from McMansions are these "tiny houses".  They're becoming so popular they now even have their own tiny house show on HGTV.  They're usually about 150 square feet and built on a trailer "foundation", which explains the wheels.

They're meant to be somewhat mobile, which I guess has appeal to some people, and because of their mobility they are not subject to even the minimum building codes mentioned above.  There is usually only one door, and the windows don't meet the minimum size required for exit in case of fire.  The bed is usually in a low loft over the kitchen and requires a vertical ladder to get up to it.

If you have a habit of getting up in the night to visit the loo, you'd better make damn sure you're awake before you try and navigate that ladder!  The bathroom usually consists of a toilet seat on top of a glorified bucket, and to shower you stand in a slightly bigger bucket with a shower spray overhead.  The kitchen can accommodate a microwave and a plate, glass, knife, fork, and spoon (one each) and not much else, and the closet is usually about the size of a gym locker.  While I was an early proponent of downsizing, this is even too extreme for me. 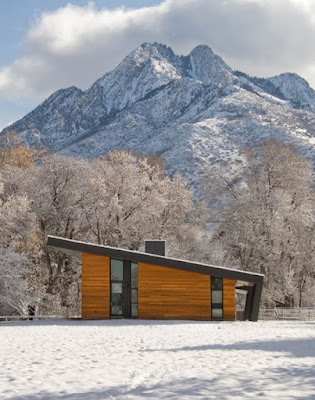 Not too big...not too small...but juuuust right!  And the view isn't too shabby, either.

My personal preference would be to live in a small house....not too much to keep up or clean, just perfect for my lazy side.  But unfortunately most towns (around here anyway) have zoned out building small houses.   They only want those big 'ol McMansions.  Why?  Tax revenue for them, screw what we want.  Yet another example of the tail wagging the dog.

Maybe in another few years when some of those early McMansions have completely disintegrated they'll let me bulldoze one and build what I want.  I just wish they'd hurry up and see things my way.  I'm not getting any younger, you know.  :)

Posted by Lowandslow at 2:45 PM