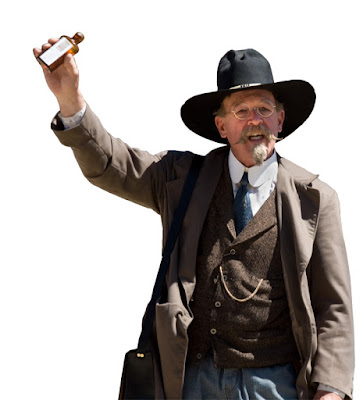 Snake oil salesmen....you can find them walking around the halls of Congress hawking their Republican agenda.

Now don't get upset Republican friends.  I'm not saying YOU are a snake oil salesman.  I'm saying you're being SOLD snake oil by the Republican congressmen and Senators who you trusted.  You're being played.  Consider this:

Their #1 agenda item (they say) is to repeal and replace ObamaCare.  They say to you that by stripping out $800,000,000,000 it will bring down the cost of your health insurance, which is now sky-high and has deductibles so steep many of you can't even afford to use it.  Their version will be better they say.  What it will do that they conveniently play down is push up the price of insurance for those over about 55 years old who are now beginning to have some health issues.  Their premiums will go up dramatically after any new Republican plan now being considered is adapted.

And if you or a family member have a disease or are otherwise handicapped and have effectively been pushed down into the Medicaid-eligible category, you're screwed.  Kids already living in poverty will see their healthcare cut back too, as will the 45% of all seniors (maybe one of your parents, or you one day?) living in nursing homes who depend on Medicaid to survive (and that's no exaggeration).

My Republican friends, you're being sold snake oil.  If your guys in Congress prevail, what you will actually get is NOT what they're selling you.  Reform, definitely, but this isn't it.  This is just the first step towards what they really want, which is a tax cut overwhelmingly benefiting the wealthy.  And if they can't save $800 BILLION on healthcare, they can't get their tax cut.  "Healthcare" is just a pawn in their bigger game.

Tax reform....that's what the Republican leadership calls it.  They want you to believe tax rates will be simplified, loopholes will be closed, and when the dust settles your tax system will be more equitable.  It will still be progressive (the more you make, the more you pay), but the middle class will be better off.  That's all a smoke screen.  What the middle class might save will be negligible if anything.  A tax cut for the rich, the benefactors who fund their political careers, is what it really is.

The Republican leadership will tell you that, yes, their tax reform windfall will go primarily to the rich, but the rich will in turn invest it back into the economy and create jobs.  They'll say it over and over again...JOBS, JOBS, JOBS!  That's straight out of Economics 101.  It's a valid economic theory, but doesn't fit the economic reality we have today.

This is important to understand: 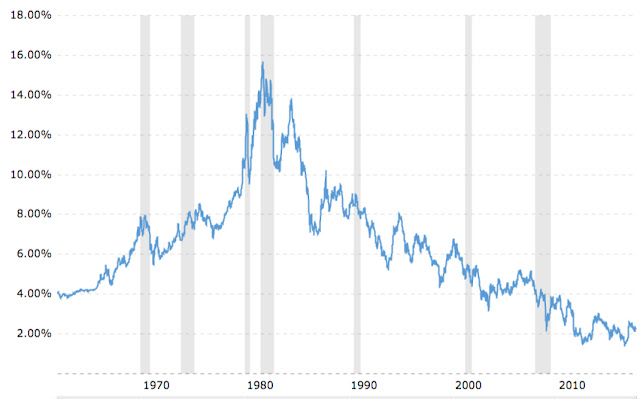 As of July 24th (yesterday) the 10 year Treasury yield was a very low 2.30%.  A low yield means there is already lots of money out there chasing very little demand.

WE'RE SWIMMING IN MONEY RIGHT NOW, LOOKING FOR A PLACE TO INVEST IT!

American corporations alone (not including individuals) already have $1.9 TRILLION dollars just sitting around.  (Check THIS for more interesting info.)  Giving the wealthy another few hundred BILLION dollars, when they can't even find a place to invest what they already have, WON'T CREATE JOBS!  We'll still see monthly job increases due to the fact that our population/economy is slowly growing and maturing.  But a massive transfer of wealth to the already wealthy won't result in a massive explosion of new jobs.

My Republican friends, you're being sold snake oil.  Your leaders have an agenda they aren't being truthful with you about.  Please stop them, and think this through.