When George spoke, we should have listened 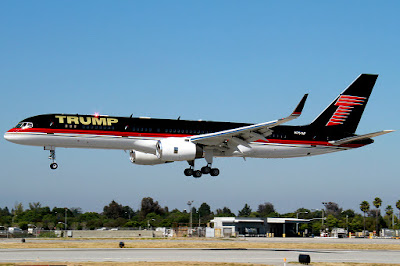 If I were Donald Trump's campaign manager, this is about as close as I'd let him get to a microphone.  And I'd delete his Twitter account, too.

All he had to do is pose pretty with his family for the next 100 days and show up for his inauguration.  Between getting caught stumbling from scandal to scandal and ducking whatever WikiLeaks is going to throw at her next, Hillary was doing her best to hand this election to him.

But then The Donald took the bait and said he "sacrificed" as much as Mr & Mrs Kahn's son who died in service to our country.  Wha....what?

I'm sure Donald Trump is a smart man.  His grades in college showed it, his classmates said so, and his bank account validates it, too.  So then why does he say such stupid things?  Has old age somehow disconnected his brain from his mouth?

But here's the strangest part:  This may not necessarily kill his election chances.  Hillary Clinton "talks the talk", but she doesn't "walk the walk".  She's likely do something stupid herself, like getting caught on a hidden camera a la Mitt Romney saying something derogatory about a group she needs, which will even the odds again.

Bottom line....we're being held hostage by a closed two-party political system that gives us bad options. 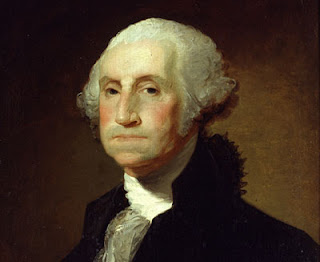 Now more than ever, we should remember the words of George Washington:
“However [political parties] may now and then answer popular ends, they are likely in the course of time and things, to become potent engines, by which cunning, ambitious, and unprincipled men will be enabled to subvert the power of the people and to usurp for themselves the reins of government, destroying afterwards the very engines which have lifted them to unjust dominion.”

Posted by Lowandslow at 8:51 AM