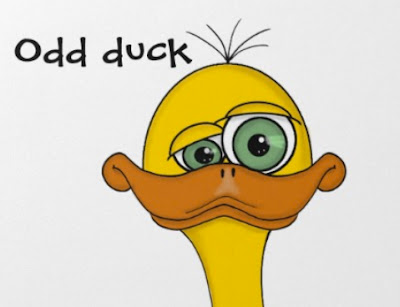 I've always been a bit "not normal".  Okay, a LOT not normal.  The things that most people do, or aspire to do, hold little appeal for me.  I've always been an outlier.  The flow usually goes its merry way without me.

I HATE summer.  I loath heat and humidity.  If I'm sweating, I'm not happy.  (To my Florida friends....what were you thinking? :)  Autumn is my favorite season, followed by spring, and I enjoy winter, and snow, too.  Keep in mind I live in Texas.  I'm not suggesting I want to winter in International Falls, Minnesota, however.  Is it true body parts spontaneously fall off people there in the winter?

I'm only marginally coordinated, which might have been at least partially responsible for my pitiful athletic career.  A golf ball on a tee is safe from me.

Speaking of....I'm not a sports fan, at least as you normally think of a macho sports guy.  I love (American) football, particularly at the college level.  I know the teams, their standings, star players, etc.  But I wouldn't walk across the street to see a baseball or basketball game.  And golf to me is about as exciting as watching a bear hibernate.  I do enjoy Formula 1 (Grand Prix) racing and English (Union) rugby.  Thanks to me both those sports now have an American audience of one.

I'm an introvert who is intrigued by people.  I can see someone in a park, for example, say "hello", and in five minutes know where they're from, what their day job is, if they have any kids or pets, what kind of car they have, etc.  People somehow seem more than willing to open up to me.  I enjoy people-watching from a distance, too, wondering what each person does by observing them.  However I have very few friends.  Lots of acquaintances, but few close friends.  EDIT:  It's been suggested that I'm more "introvert heavy / extrovert lite".  EDIT #2:  Simon Butler says I'm an extrovert, and I trust Simon Butler on such matters / definitions.  He's very smart.  :)

I have three daughters (and six grandchildren) and I love them dearly.  I hope I was / am a good father.  I sometimes think I wasn't good enough, but then I look at them, see how they turned out, and realize I must have done something right.   (BIG kudos to their mom, too!)

I don't mind apartment living.  To most people an apartment is just a layover on their way to a house of their own.  Been there, done that....too much maintenance.

I like fast airplanes and cars.  I don't have an airplane, and my cars have been rather mundane, but I still appreciate high performance mobile exotica.

I like firearms.  *gasp*  But I'm not a hunter.  I'm too lazy to get up at O-dark-thirty, go out to a cold, damp hunting stand, sit there for hours hoping to see a worthy target, shoot it, field dress it, drag it to a processor and pay him $$$ for his service, when I can just go to my meat market and get a beautiful steak M-Sat, 9-6 for a fraction as much.

I don't understand vanity or narcissism.  If you have to tell someone how cool you are, you aren't.

I love dogs.  To hear of a dog being abused really eats at me.  If I were ever to actually see a dog being abused I'm afraid I'd wind up behind bars....but the abuser would wind up in the hospital!  While I'm not a great lover of cats or birds or squirrels, etc, I would never abuse one.

I'm extremely loyal.  I appreciate loyalty shown towards me and happily return it.  Yes, I've stumbled before, and learned from it.  In my business I have friends (subcontractors and vendors) who I've worked with for 20 or 30 years.  To bring in somebody new means someone else either retired or died.

I'm NOT technologically savvy.  I have a smart phone with probably 100 features, but I only use five or six of them.  In a world where Microsoft Windows dominates, I'm an Apple guy.  I don't play video games.  Hitting a little cartoon monkey over the head with a club when he pops out of a hole in a log just seems dumb to me.  Do game designers really make BILLIONS of dollars designing them?  *I don't get it*

I'm NOT a music aficionado. Back in my "yout" I was, and still know the lyrics to the Beach Boys, Dion, Chuck Berry, and the other REAL rock and roller's songs.  I've heard the names of todays big "musicians" (?), but couldn't for the life of me identify one of their songs.  The music of today just isn't pleasing to my ear.  My few exceptions are barely on anyone else's radar.  Ever hear of Enya, for example?  Didn't think so.  Jazz?  *crickets*

I'm a skeptic.  I can see through most scams and political bullshit.  The Democrats and Republicans, although they like to tout their own piousness and lambast their opponents, are in reality equal partners in crime.  I trust them both about as far as I can spit into a hurricane.  I'm NOT an ideologue, and can't imagine how anyone else could be, either.  Inflexibility is stupid!

I often don't understand our legal system.  How can something be so wrong (as God and my mama taught me) and unethical, yet still be "legal"? "Loopholes" are evil.