Jeeves, call and have them gas up the jet.... 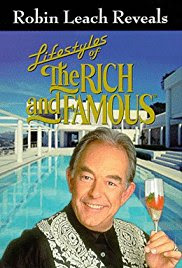 Today let's look into the world of mega-real estate developers.  Their's is a capital (cash) intensive business if there ever was one, with projects regularly requiring BILLIONS of dollars.  Unlike you and I, commercial developers don't go online to Lendingtree to see their four best offers.  These wheeler dealers are constantly on the lookout for new financing as, unlike our 30-year mortgages, they usually can only borrow money for five years at a time.  After five years their bankers can either renew their loans for another five years or demand their loans be paid back in full.  *Yikes!*  Hence developers are always networking, hoping to have new lenders at the ready if need be.

This is the world Donald Trump the developer dealt with every day.  That world nearly crashed and burned back in 1991 when his Atlantic City Taj Mahal casino failed, putting him $4B in debt.  After that debacle the major Wall Street banks declared Donald Trump persona non grata and declined to finance him any longer.  Enter billionaire financier Wilbur Ross, then an investment banker working for Rothschild, Inc.  He negotiated a deal that saved Trump, and the two have remained good friends to this day.  (Wilbur Ross is currently President Trump's Secretary of Commerce.)

In 2014, Ross, who personally made billions buying failing companies, turning them around, and then selling them for a handsome profit, turned his interests to the troubled Bank of Cyprus, on the small island nation in the eastern Mediterranean.  Injecting $400M, he became the bank's Co-Vice Chairman, along with Vladimir Strzhalkovsky, referred to in Russian media as a former KGB official and President Vladimir Putin ally.  (The bank had long been a favorite depository for Russian oligarch wealth.)

One of Ross’s first big decisions at the bank was the appointment of former Deutsche Bank chief executive Josef Ackermann as chairman.  Ackermann’s ties to Russia were especially strong, including a warm relationship with President Putin.  Cyprus was one of the places the Obama administration was worried about because it was seen as a place that could help Russian entities evade US sanctions imposed after its seizure of the Crimea.

The FBI has since requested from the Central Bank of Cyprus information connected to special counsel Robert Mueller’s ongoing investigation of Paul Manafort, the former Trump campaign manager who was indicted in October, and money that flowed between former Soviet states and the US through Cypriot banks.

It was with Deutsche Bank that Donald Trump began borrowing in 1998, and who he (his company) owes $360M+/-.  In 2016 Deutsche Bank was under investigation by the Justice Department for both its role in a "mirror trading" scheme with Russian oligarchs that allowed them to launder cash out of Russia in the face of US sanctions, and for its mortgage practices amid the financial crisis, for which regulators sought a $14B fine.   (They settled for a $7.2B fine.)  Deutsche Bank is also a major lender to Trump's son-in-law Jared Kushner's family business.

In July 2016, it was reported US banking regulators as well as special counsel Robert Mueller were reviewing hundreds of millions of dollars in loans Deutsche Bank made to Trump over the past two decades.

Besides building and owning properties, the Trump organization also "brands" projects, meaning he puts his prestigious name on buildings owned by others in exchange for an equity interest.  One of those was the Trump Soho in NYC.  It seems the building was owned by Bayrock, which was sued by former Bayrock partner Jody Kriss with it alleged that "for most of its existence Bayrock was substantially and covertly mob-owned and operated," engaging "in a pattern of continuous, related crimes, including mail, wire, and bank fraud; tax evasion; money laundering; conspiracy; bribery; extortion; and embezzlement."

One of Bayrock's founders was Russian-born Felix Sater, a two-time convicted felon.  When publicly exposed, Trump de-branded the project saying he caught none of this while doing his "due diligence".  Special counsel Robert Mueller is looking at this, too.

Whew....this is dizzying!  Anyway, now Donald Trump is President, now Mr. Mueller is investigating, and we're here wondering what, if anything, is going on.  It might possibly come out that the election of 2016 wasn't Donald Trump's first time to receive help from the Russians.  Who knows?


Oh yeah, the LifeSTYLE of The Rich And Famous: 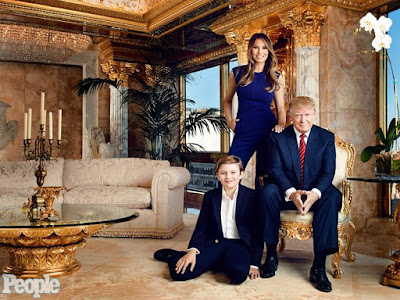