Are stereotypes EVER accurate?

I recently received an email from a gun club in Frisco that I frequent inviting me to attend a presentation regarding a bill now pending in our legislature that would do away with any restrictions* on carrying a gun in Texas.  No more classroom training, no familiarization with Texas liability laws, no proficiency exam, nothing.  Just buy a gun and strap it on.  YeeHaw!

It was that knee-jerk "YeeHaw" that got me to thinking.  When most of us think of people carrying guns we often imagine some toothless bubba with a beer in one hand and a gun in the other.  I don't fit that profile, but am I the rule or the exception?  I checked.... 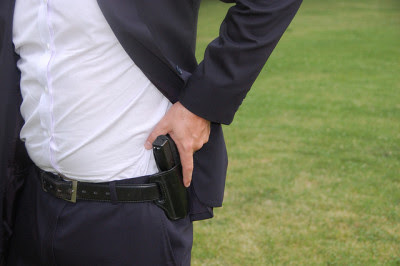 If you were to look under the jackets of many businessmen in just my zipcode, for example, you might find a high quality, well maintained firearm.  The statistics say it isn't uncommon. 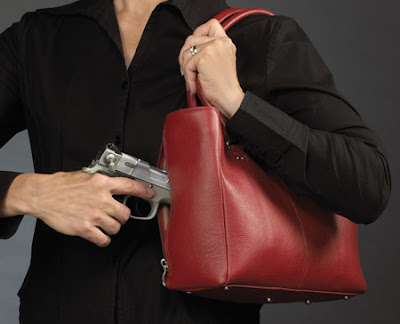 And inside the purses of a surprising number of well coiffed ladies you'll likely find a nice 9mm handgun in its own little pocket.  Women handgun owners are a fast growing market.

In fact, my zipcode in Collin County, just north of Dallas, has about 85,000 residents (including children), and 3,853 of them are licensed to carry.  In fact we're the 6th most heavily armed zipcode in the state.  And by "armed" I mean licensed to carry a concealed handgun.  There is NO restriction* on keeping any kind of handgun, rifle, or shotgun in your home or your car.  Factoring that in I can only imagine how heavily armed we might be.

I went on to check the other top 25 Texas zipcodes with the highest number of concealed carry handgun license holders and found that they, too, were from areas with a fair demographic mix of all income groups, races, genders, etc.  I've visited many and don't remember seeing any toothless, knuckledragging, beer swilling bubbas stumbling down the streets.  They were just average looking people driving average cars, going about their business.

My point is, stereotypes of gun owners are no more accurate than that of all Mexicans being murderers, all Blacks being on welfare, or all politicians being crooks.  Umm...well...3 out of 4 ain't bad.  *wink*

*Unless you're a felon, have a restraining order against you, and a few other specific disqualifiers.