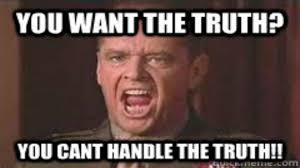 I see the trend on social media these days is to swear off political posts.  "Enough already!  We only want good news for a change."  Well, I'm pretty sick of this Washington circus, too.

Only one problem:  The circus never takes any time off.  The circus is busy 24 / 7 / 365 screwing us over.  But if I take time off from posting political stuff, no one will know how bad we're getting ripped off, 'cause y'all will be too busy watching butterflies and sharing artichoke recipes.  So go ahead, watch butterflies....make a politicians day!  If we aren't watching them, they don't even have to pretend like they give a hoot about us.

We know all about the wall Mexico is going to pay for (but isn't), and the ban on immigrants from seven mid-east countries (never mind that they picked the wrong countries), and the new replacement for Obamacare (that they haven't a clue how to do), and the three million illegal voters who almost cost Donnie John Trump his election.  But that's OK, 'cause it sounds good on TV, right?  The folks back home think they're being looked after, and that's enough.

Meanwhile, Steve Mnuchin, (inmate #288356 if I had my way) is on his way to being our next Treasury Secretary, and Steve Bannon has his fat ass parked on President Trump's shoulder and is whispering sweet nothin's in his ear.

*Have you noticed that our Billionaire President is appointing other Billionaires to his cabinet and charging them with reforming the system that made them all Billionaires?*

Now don't get all smug, Democrats.  Y'all are swimming in the sewer right there with them.  You sold out to the special interests and didn't' even try to hide it!  You were afraid Lil' Bernie Sanders might muck up your Grand Plan, so you just conveniently slipped Hillary Clinton 500 free convention delegates.  "Order the confetti and balloons.  Par-tay!"

Fortunately for me I actually enjoy calling the bums out when I see them trying to put lipstick on their respective pigs.

So read, don't read....your call.  But please, do me one favor.  Keep posting your funny memes and videos of stupid tricks gone awry.  I love that stuff.  :)

Posted by Lowandslow at 8:23 PM