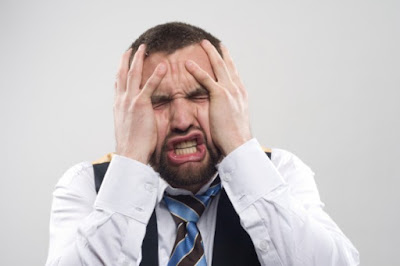 Frustration is just part of 21st Century life.  Some people just sluff it off and don't seem to give a s__t, while others whip out guns and start blasting away if they're so much as cut off on the inside lane.  In my old age I've realized frustration is often self-induced, and much of it can be avoided.

To many, cars are no longer just a means of transportation, but are a status symbol.  Certain nameplates will get you a knowing nod at "the club", while others will get you a parking spot out in the weeds.  But with that status comes much frustration.  Fancy cars are "needy" and costly to keep running.  (One of my friends has even named his high-end luxury Range Rover off-road vehicle "Twenty Five Hundred Dollars" because that's how much it cost him every time he passed the dealer.)  How much crap you're willing to put up with says a lot about your frustration tolerance.

Fancy watches:  Tag's, Omega's, Rolex's, Patek Philippe's, etc....eye-turners sure to impress, but they all have one dark little secret.  They don't keep very good time.  Some classic models still need winding, others need battery changing, all need to be manually adjusted after Daylight Savings Time changes, and they don't automatically adjust dates on leap years.  And after all the TLC you throw at them,  they still gain or lose a couple of minutes a month.  Grrr!

But there are some cheap ($100+/-) models (from Casio or similar brands) that get their power from sunlight and are re-calibrated daily by magic radio waves sent out by an atomic clock somewhere in Colorado.  Time changes / date changes are automatic.  Your call....frustration and status, or cheap and bulletproof.

McMansions:  It's still the American dream to own a BIG house, the bigger the better.  But more square footage also comes with higher insurance premiums, higher tax bills, higher utility bills, and they require A LOT more maintenance.  And the bigger the house, the more stuff you need to buy to fill it up.  You're just a rat on a wheel, running as hard as you can to keep up.  I just don't get McMansions.....unless I'm your builder, then it would be criminal NOT to max out your credit and buy as BIG as you can possibly afford.  *wink*  Again, your call, status with the frustration that comes with it, or simple and a snub from the In Crowd.

Travel:  Monday's and Friday's are the busiest air travel days of the week.  DON'T fly then.  The more bags you check, the greater the chance one will get lost.  Most of us pack clothes to cover every situation from a blizzard to a heat wave.  Too much to drag around, too much to go wrong.  DON'T!

Appliances:  Fancier = bigger headaches to keep running.  Brand new models = bugs to work out, and you're the guinea pig.  DON'T!  Do your homework, or suffer quietly.  We don't want to hear your whining.

Tech:  Computers, printers, tablets, smart phones, etc....some brands and models are more reliable than others.  Don't buy on price, then bitch because you're constantly on the phone to India for tech support.  Remember, "It doesn't cost any more to go First Class.  You just can't afford to go quite as often."

You get my point.  If you want to impress, knock yourself out, but don't blow a frustration gasket when keeping everything up and running becomes an all encompassing, highly frustrating effort.

Full disclosure:  I can speak first hand on this topic as I've been guilty of all these things in my earlier years, but with age comes....umm....I forgot what I was going to say.  :) 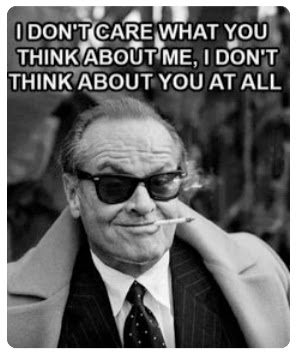 As for myself, I think Jack had it about right.  *snort*

Posted by Lowandslow at 5:43 PM