My second favorite time of the year after Autumn (football season, cooler weather) is this too-brief anomaly known as "Spring".  It's that tiny little gap between blah winter and hotter 'n hell summer when all the artsy types bring their cool stuff out to art shows for the rest of us to admire (and hopefully buy).

Last weekend we found a new show, this one in Deep Ellum. 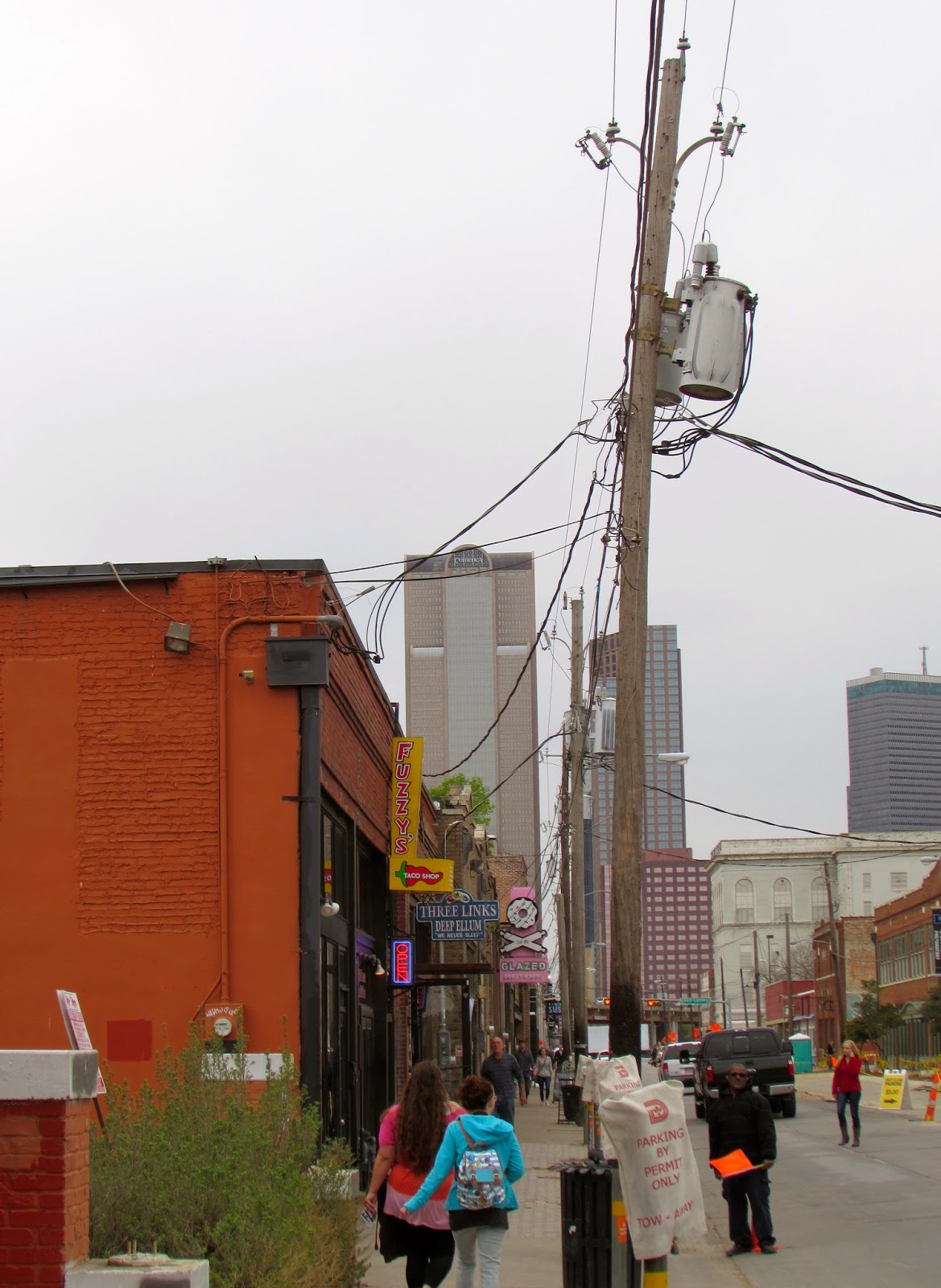 This is a seedy area of Dallas just east of downtown that has become a magnet for all the bohemian types in town. 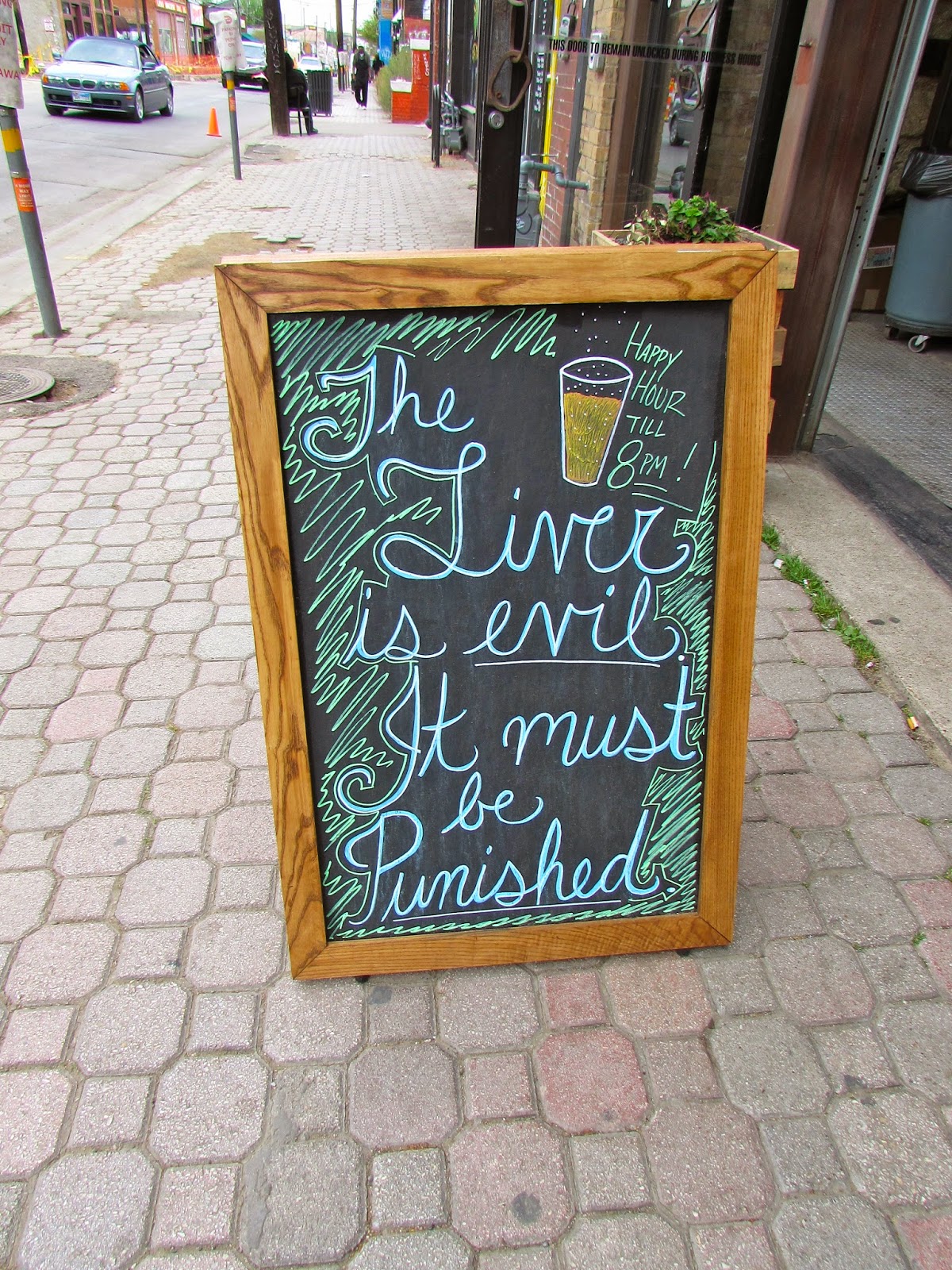 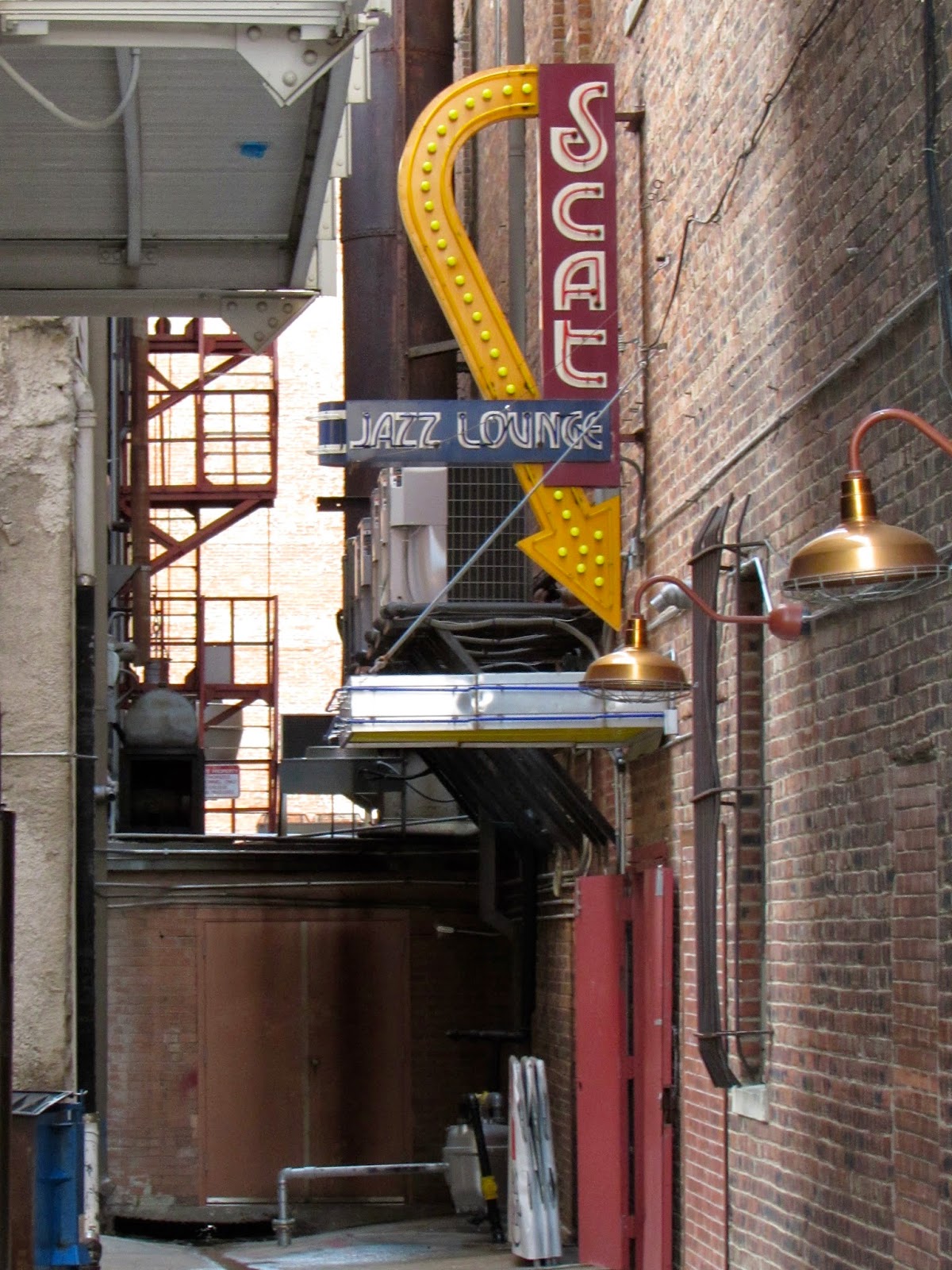 ....and tattoo parlors and little hole-in-the-wall clubs buried deep in the alleys 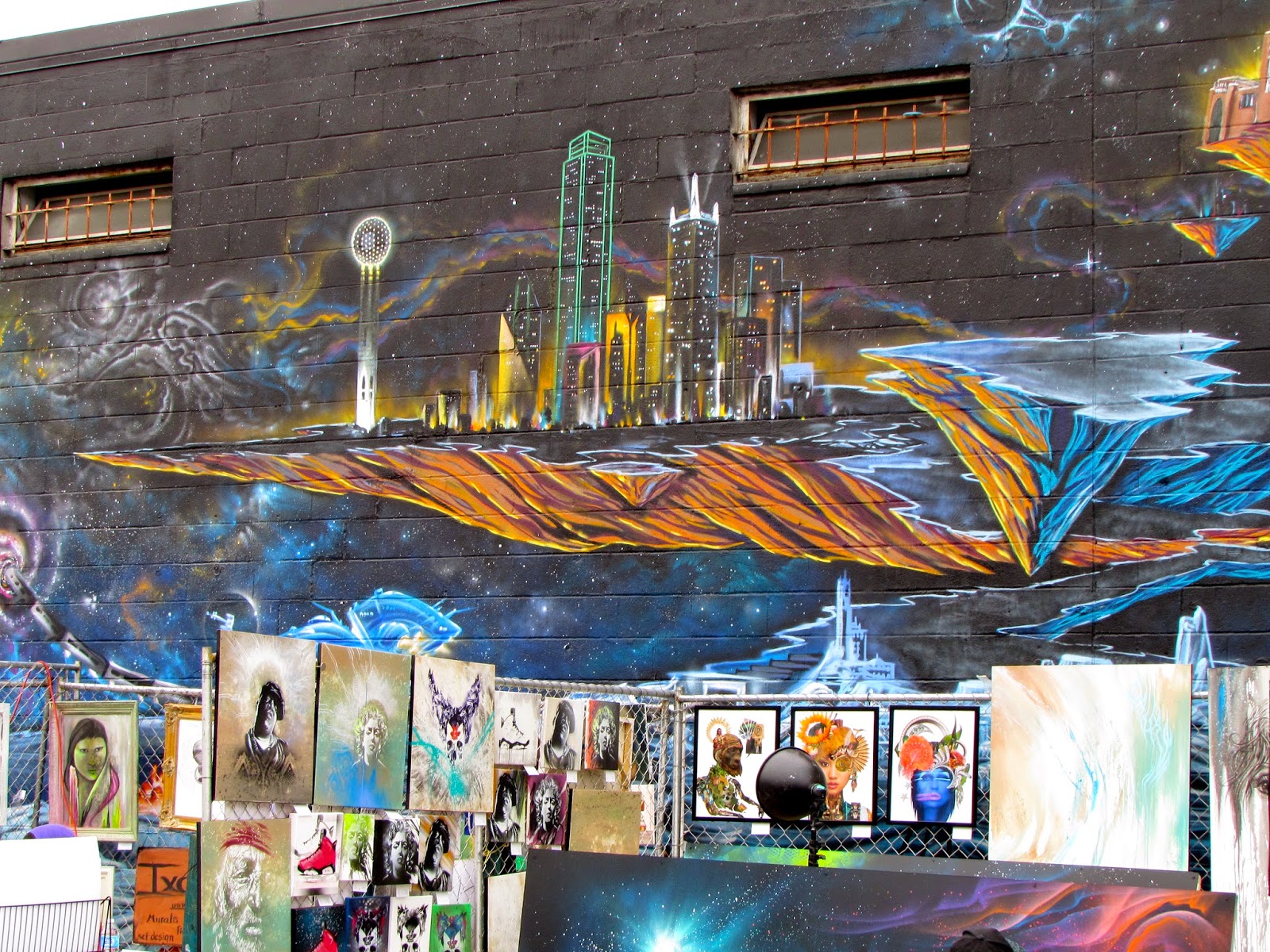 ....and some really talented artists. 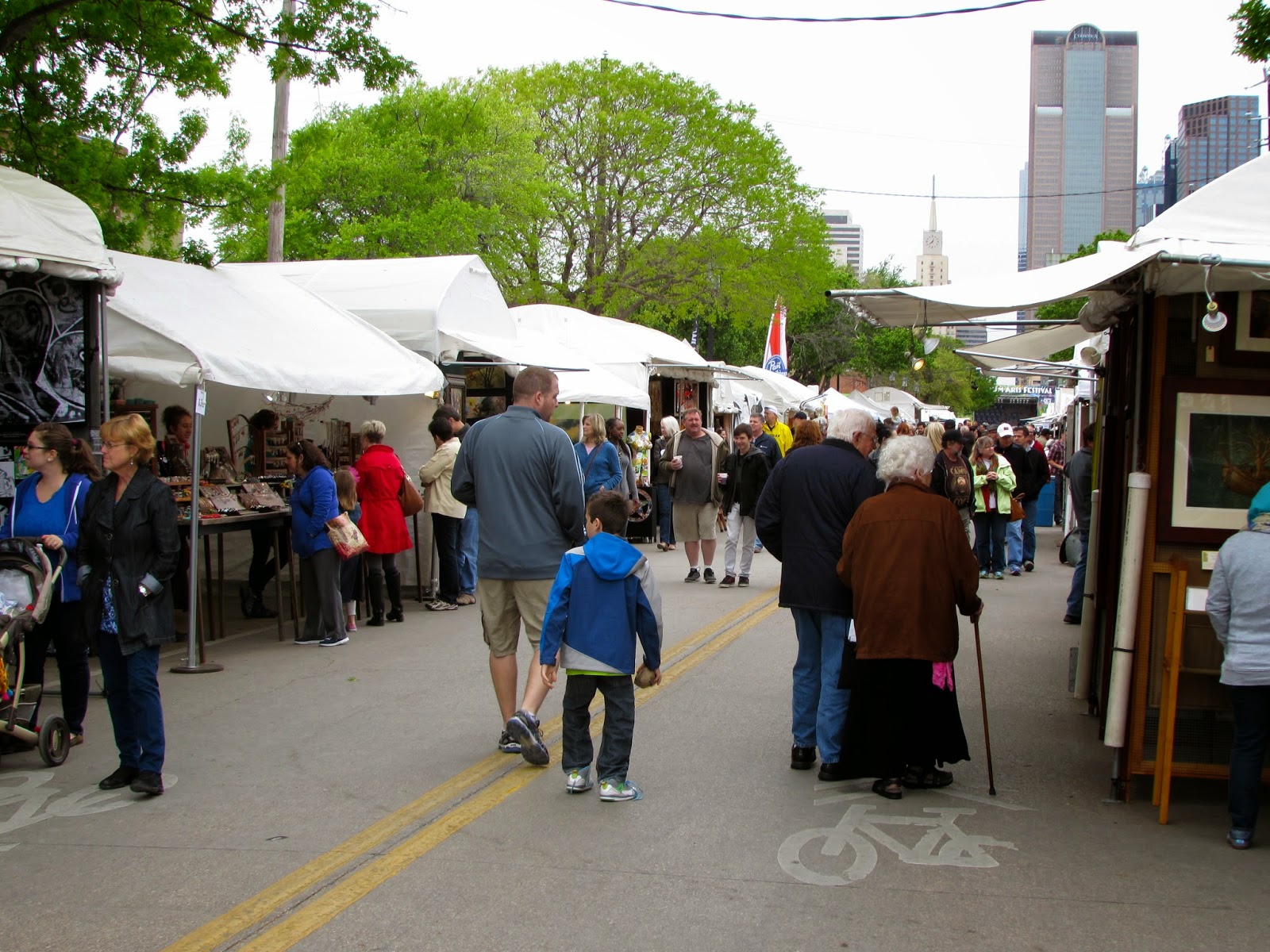 Down a six-block stretch they set up their stalls, and young and old alike showed up to admire their talents.  The people-watching was phenomenal.  Wanna know where all the old hippies went?  I found 'em.  :)

This weeks art show couldn't have been any more opposite....suffice it to say the Main Street Arts Festival in downtown Foat Wuth was classy with a capital K. 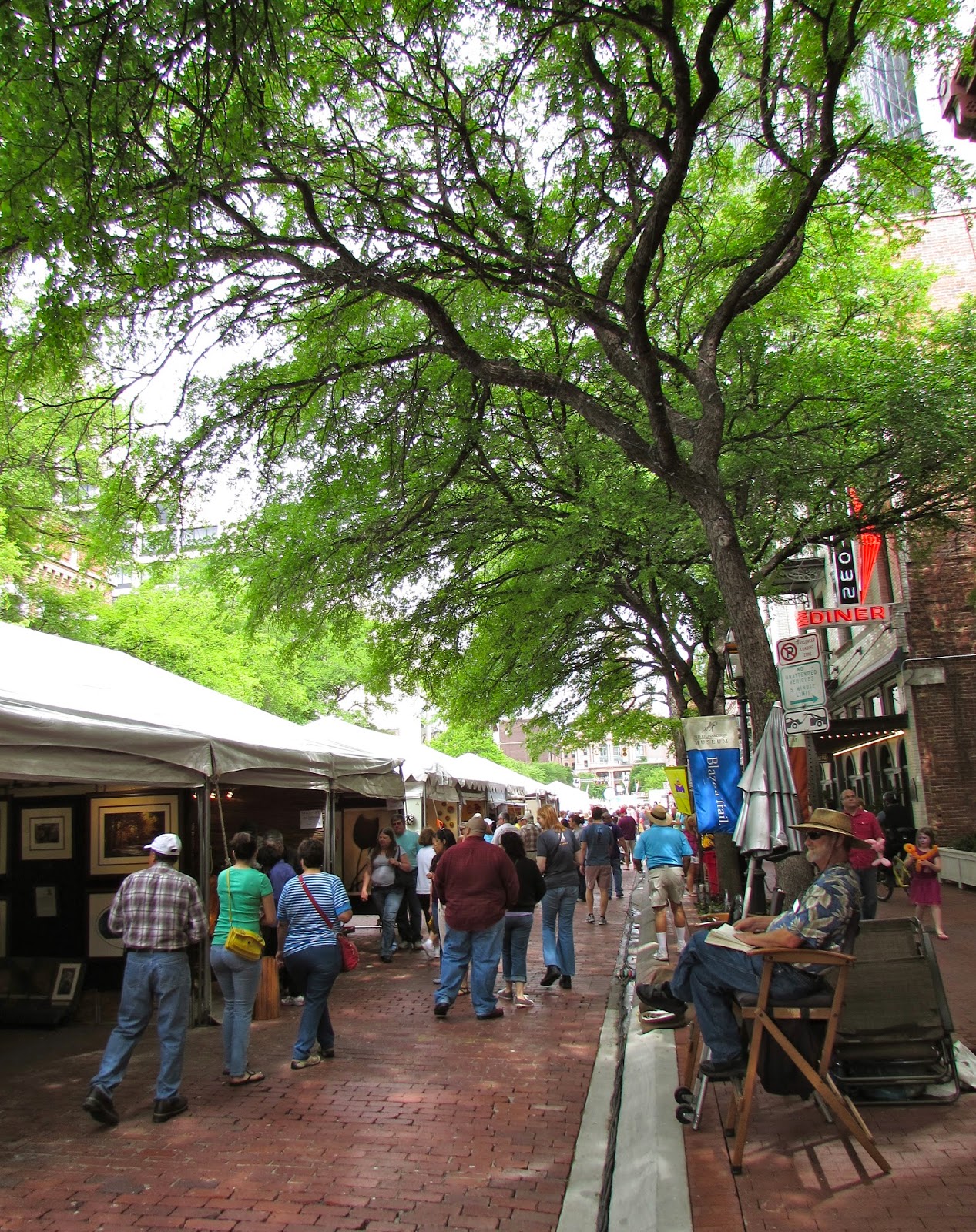 It was a judged show, meaning only the best of the best (as chosen by judges) were invited to participate. 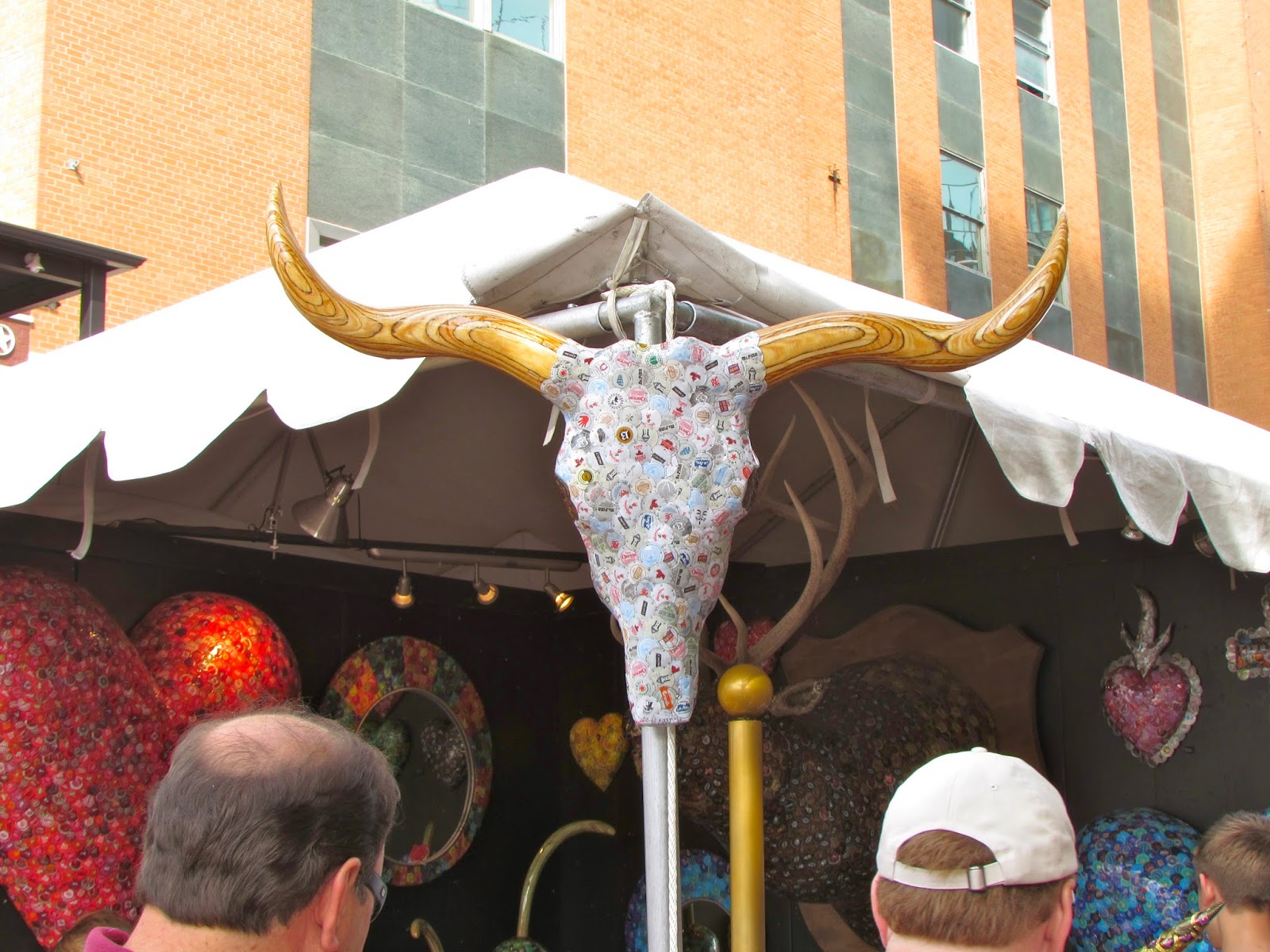 This was apparently judged tops in the "carved horns and old bottle caps" category.  (Hey, it's Fort Worth.  Cowboy hats and boots are still considered de rigueur.)

I must hand it to our cousins to the west....they have fixed up their downtown and made it a true fun destination with.... 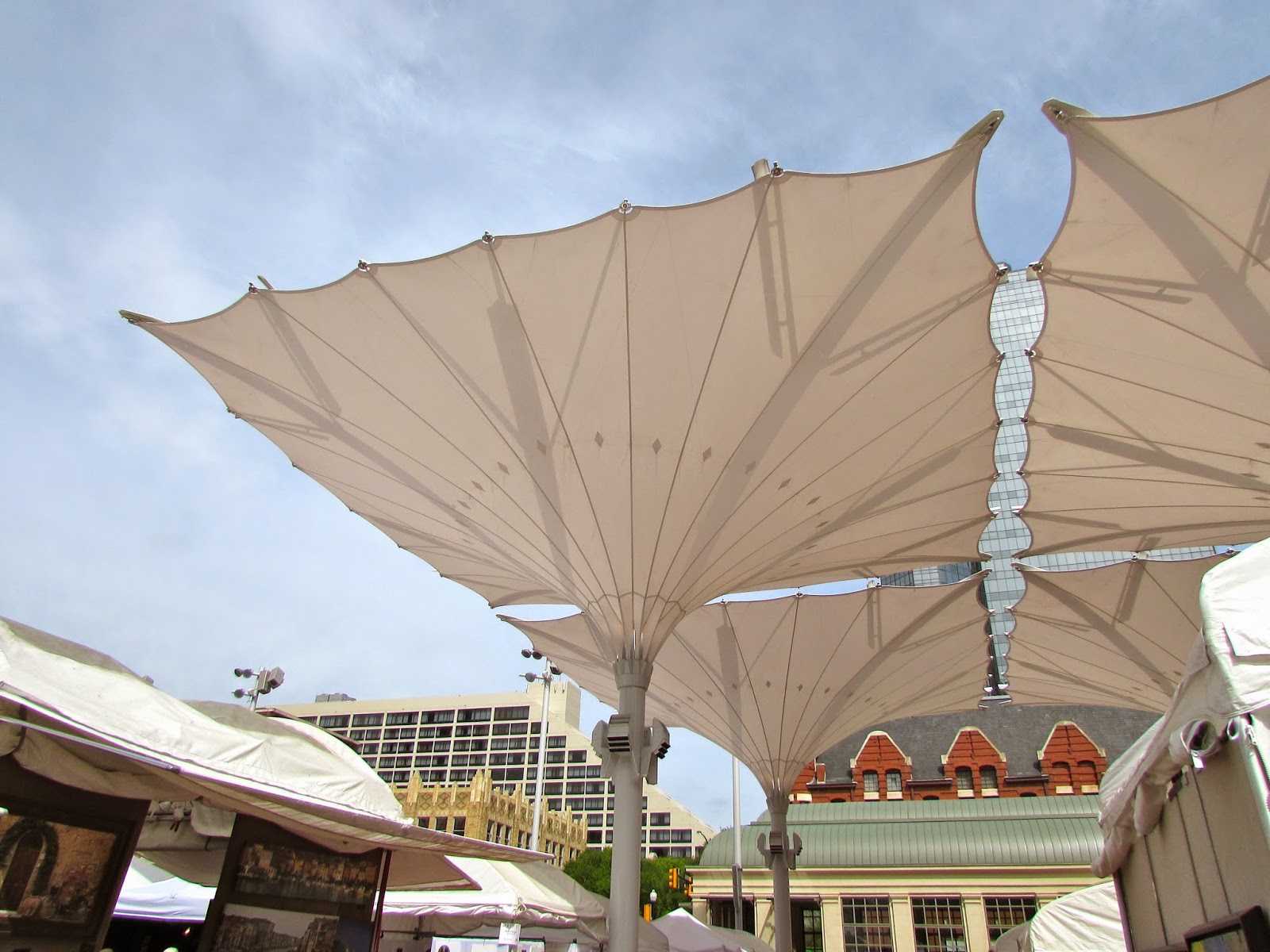 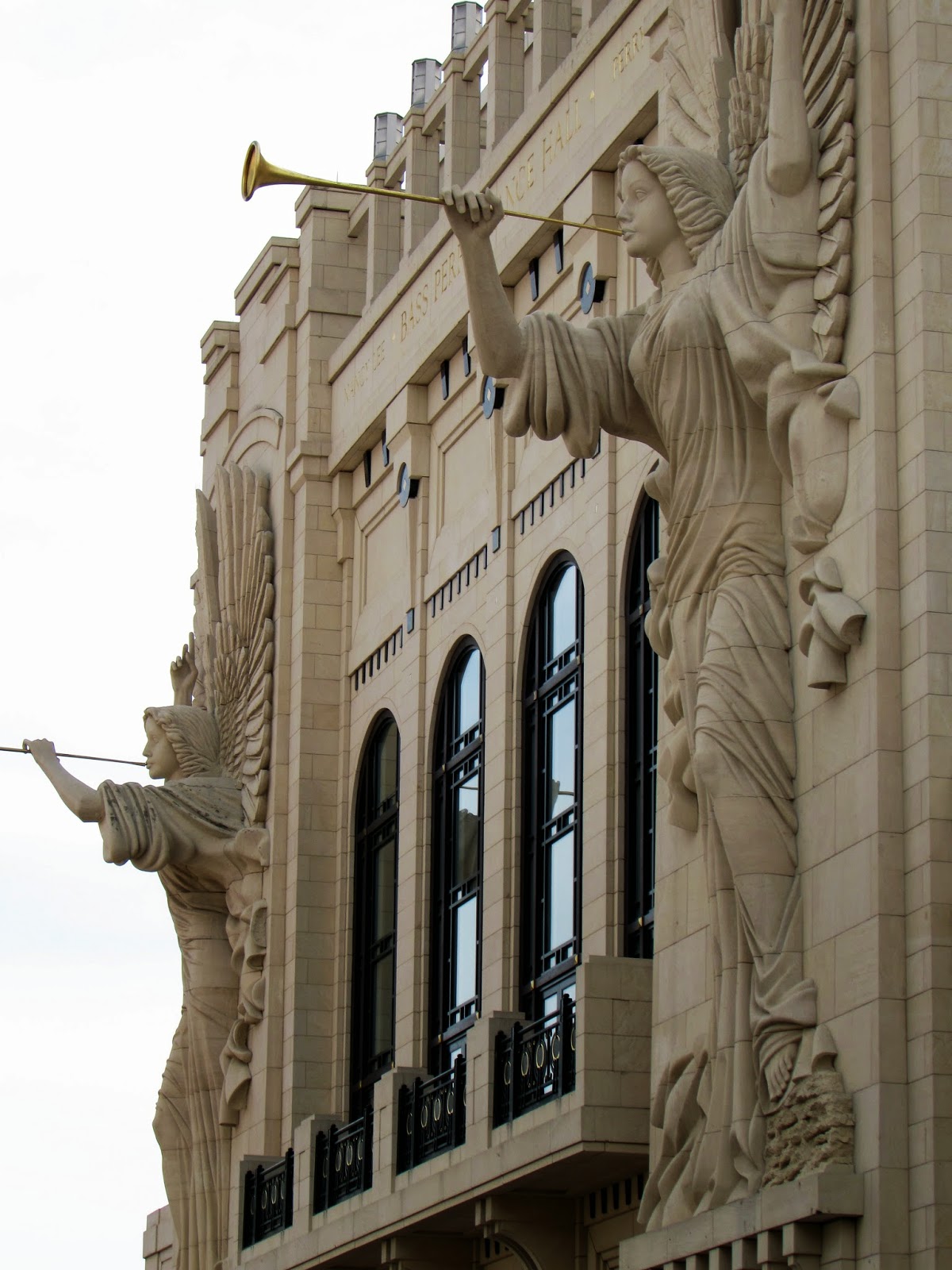 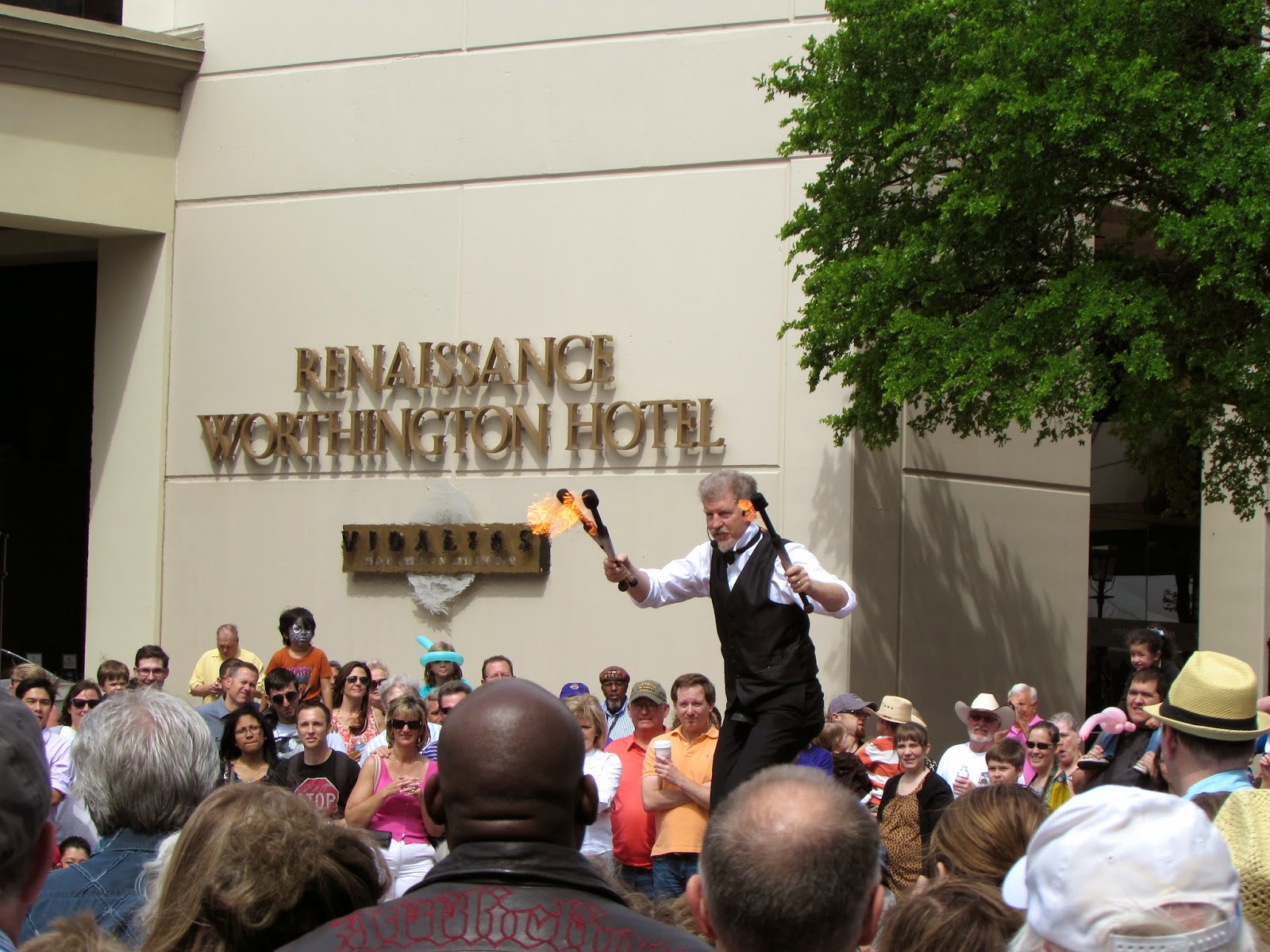 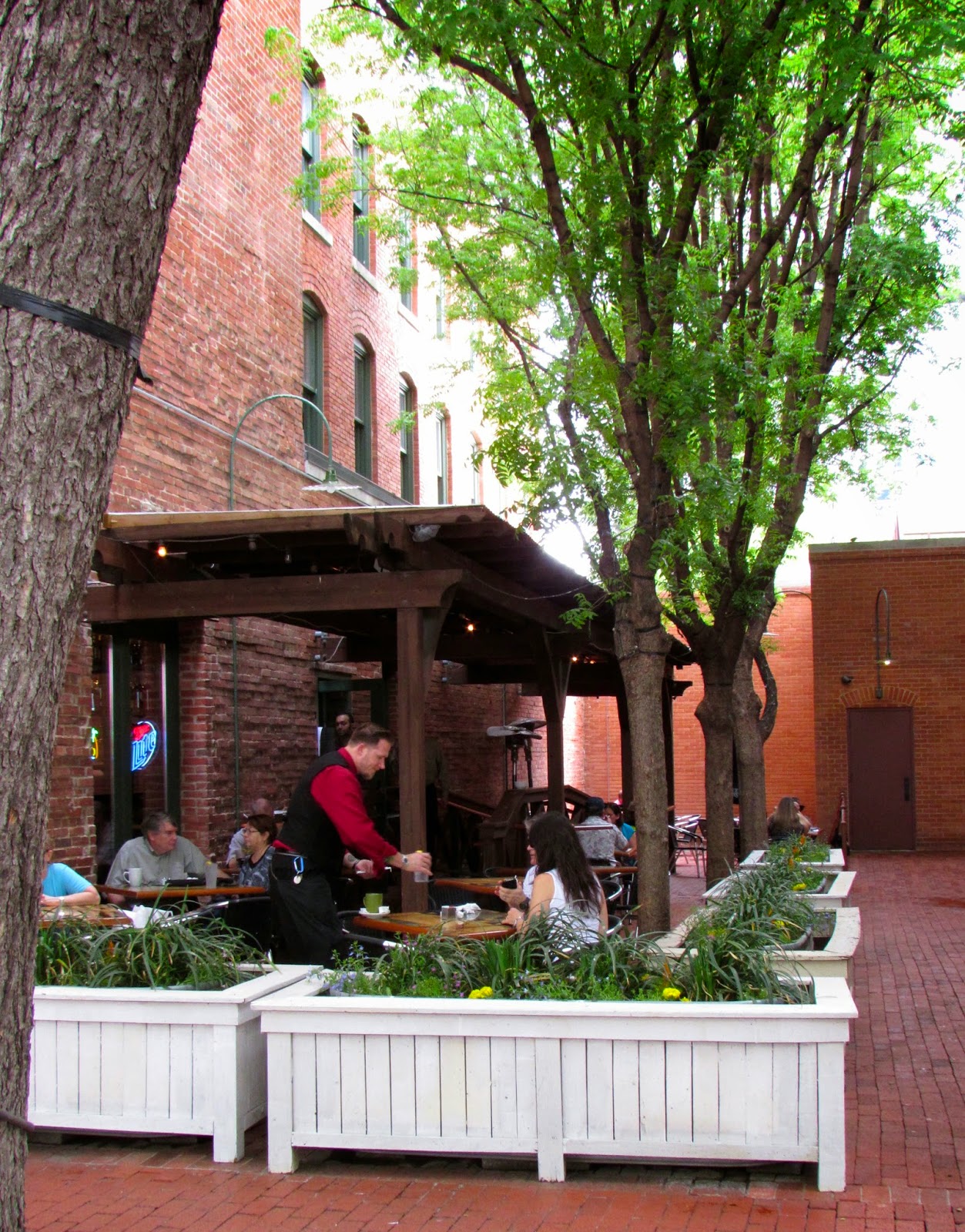 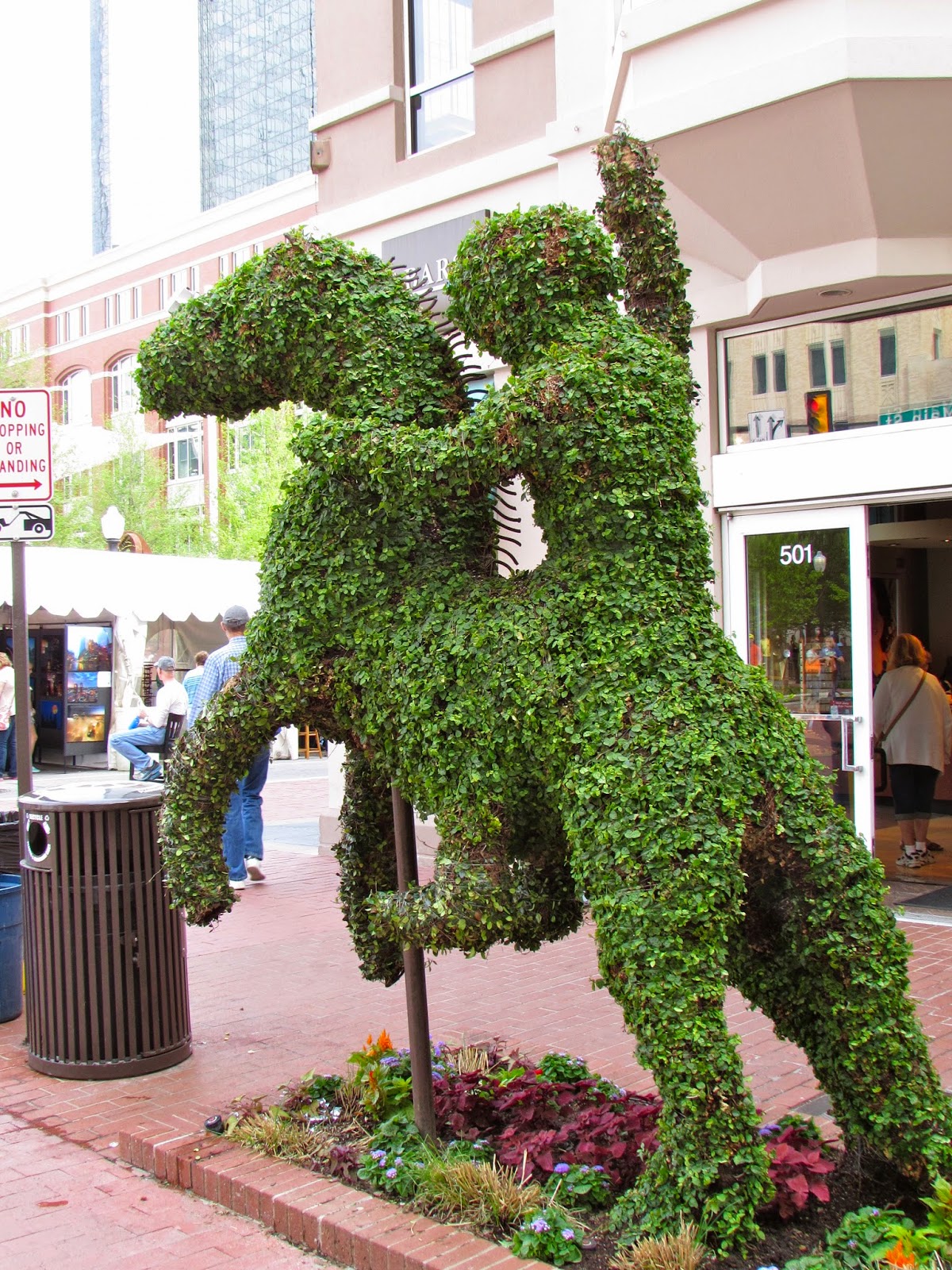 And they're apparently much more open minded than I would have thought, too, as evidenced by this topiary  commemorating....umm....mans' desire to do unnatural things to animals? 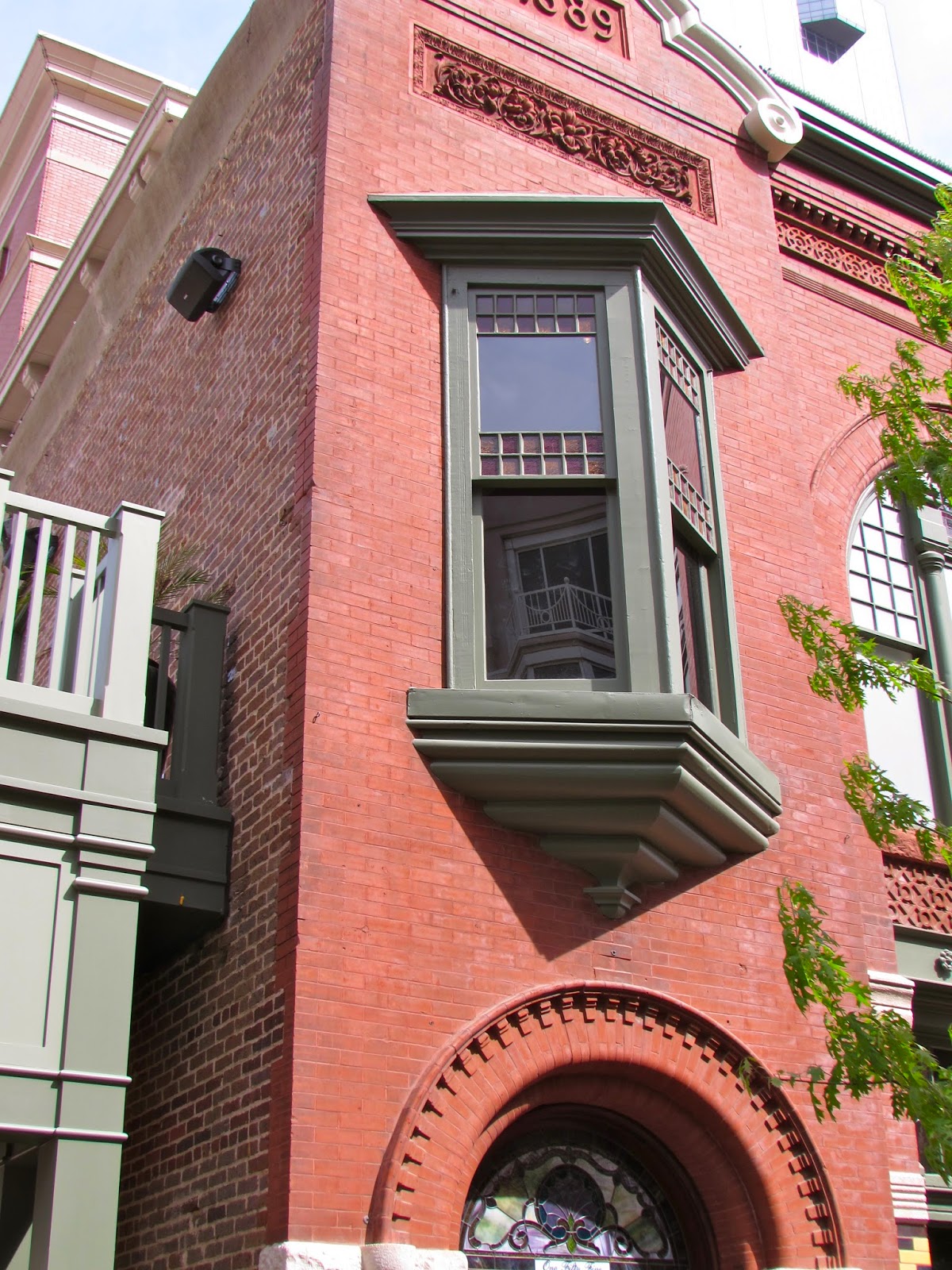 I was even inspired to try my hand at creative photography.  *Look ma....I'm an artiste!* 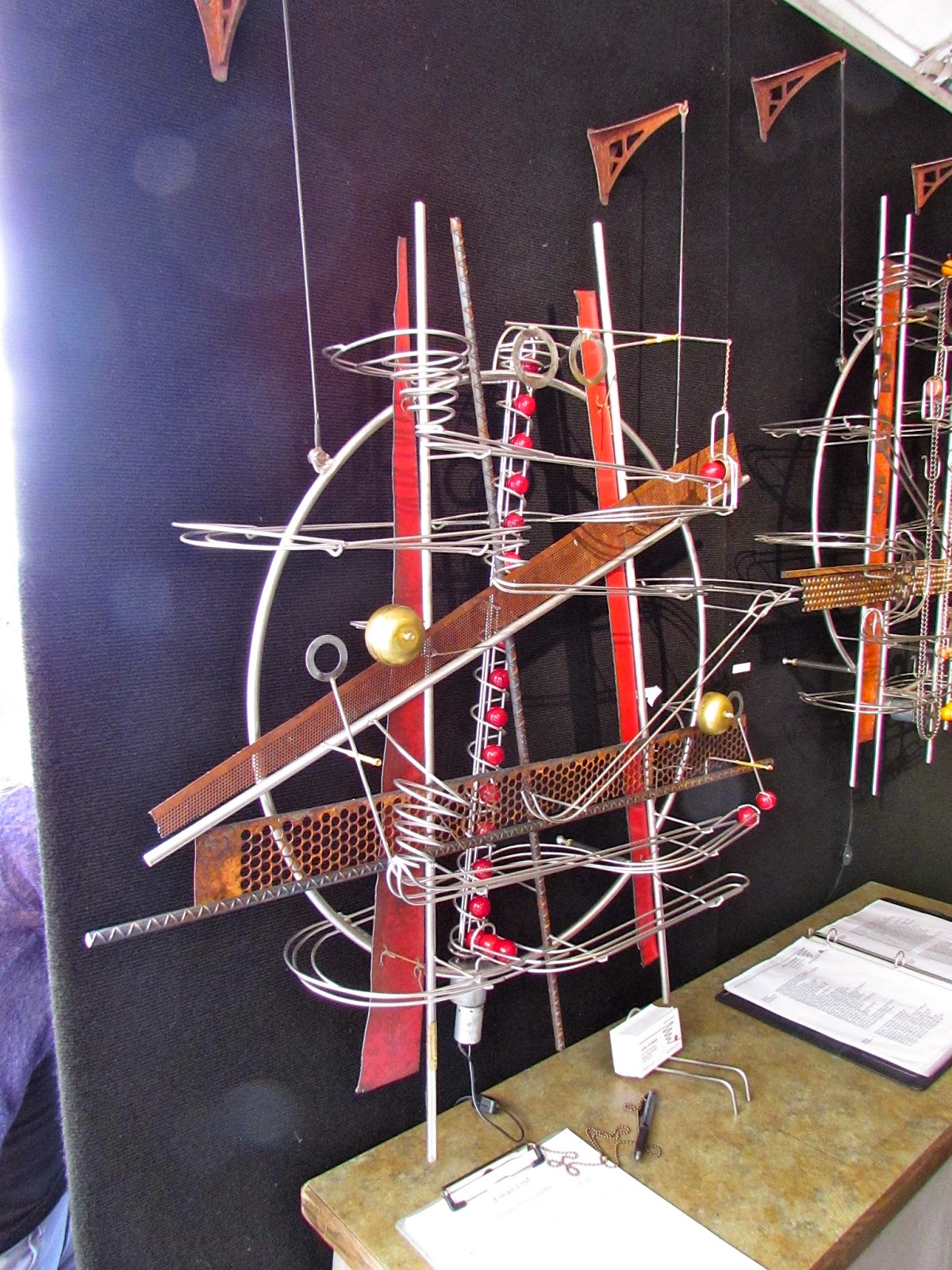 The one piece of art that impressed me the most was this "kinetic sculpture" by Jeffrey Zachmann.  To truly appreciate it you have to see all the moving pieces working together.  Just click on any one of the pieces shown on his website here and you'll see for yourself how hypnotizing they can be.

After all that we went back towards home, stopping in at the Frisco Food Truck Expo (or whatever they called it). 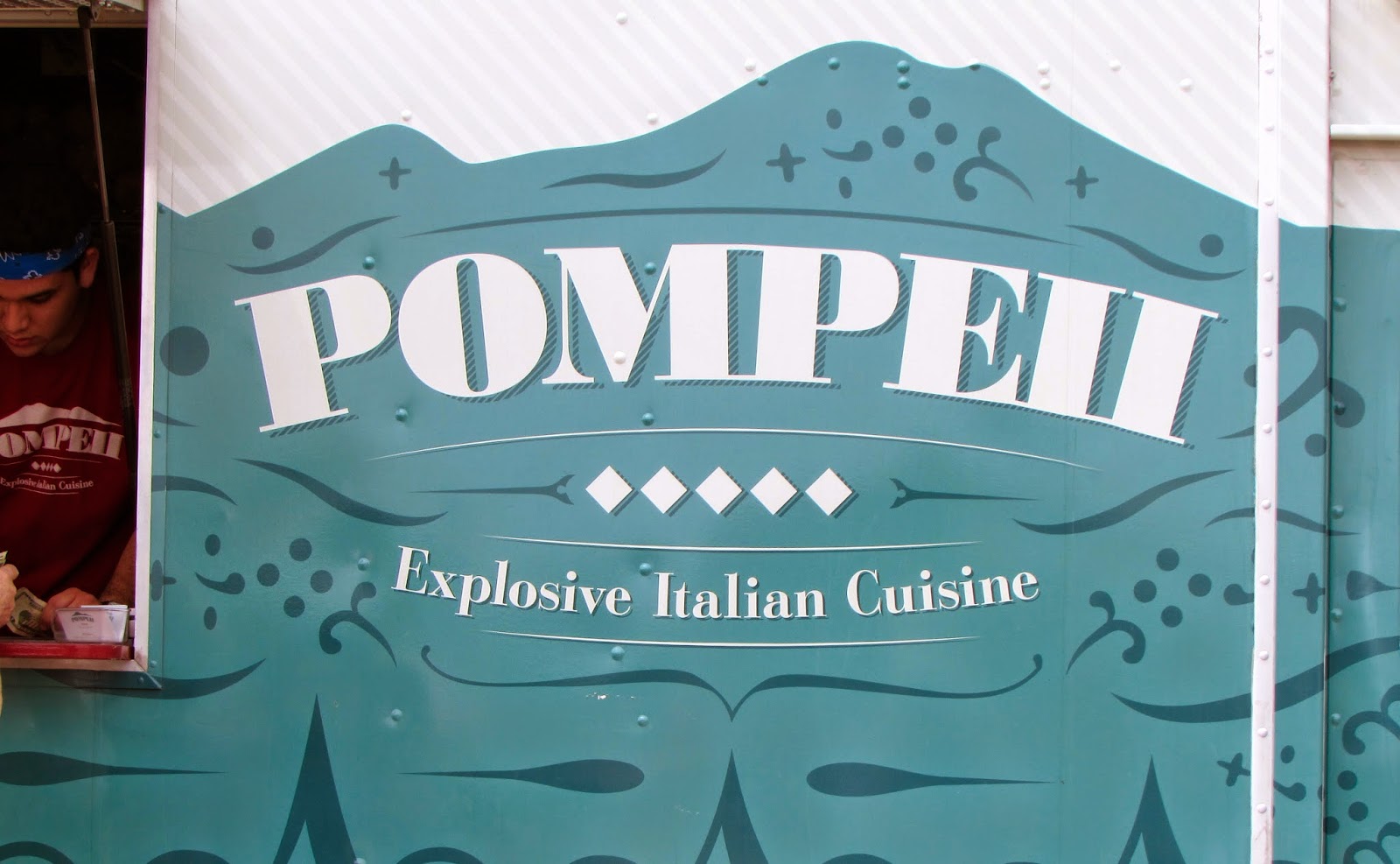 I almost went Italian, but passed because I was sorta scared of where it might be in my digestive system when it exploded. 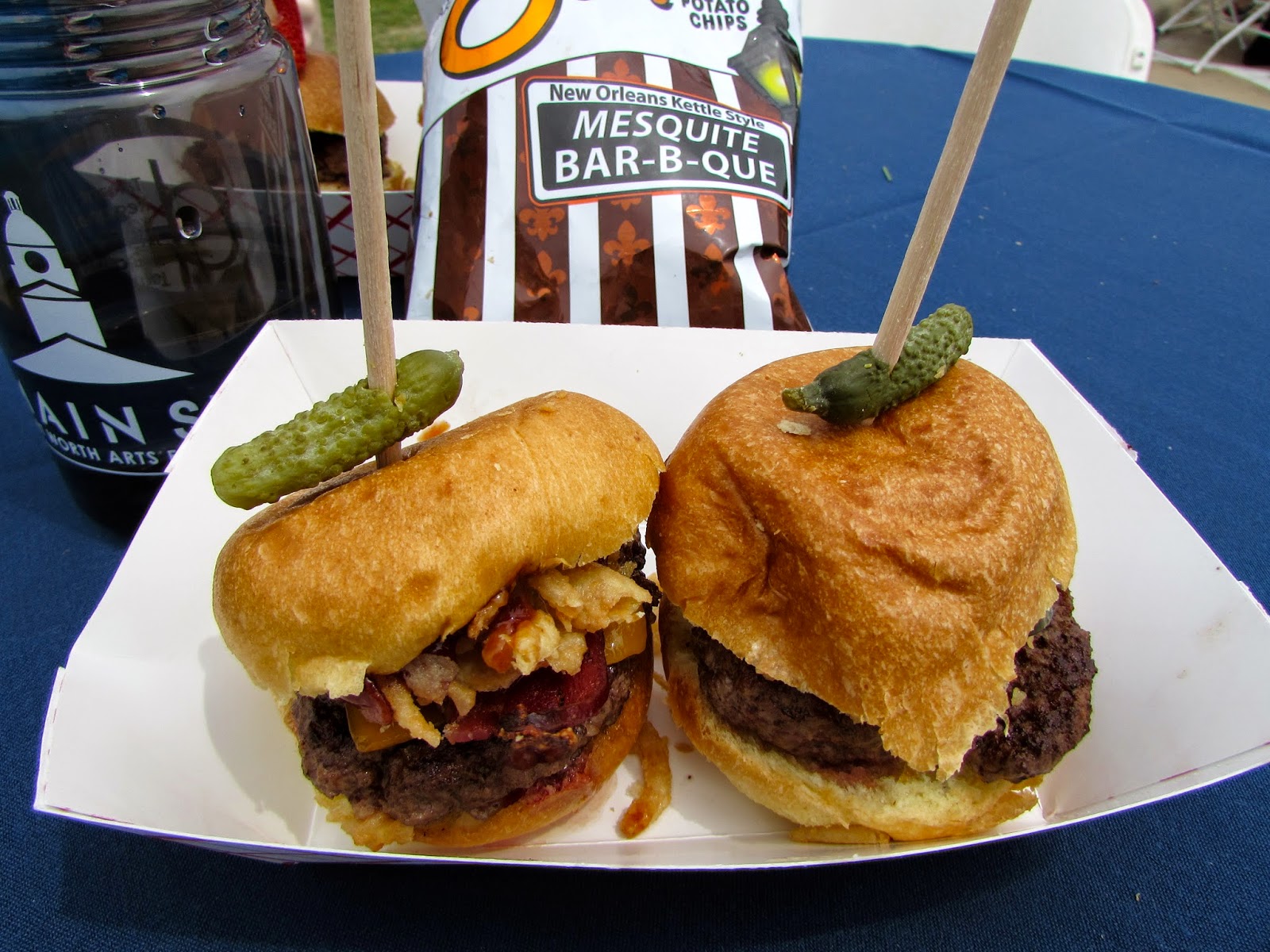 Instead I had a coupla sliders from Easy Slider.  They were awesome!  Angus beef, grilled jalapenos and onions, barbecue sauce and....oh yeah....BACON! 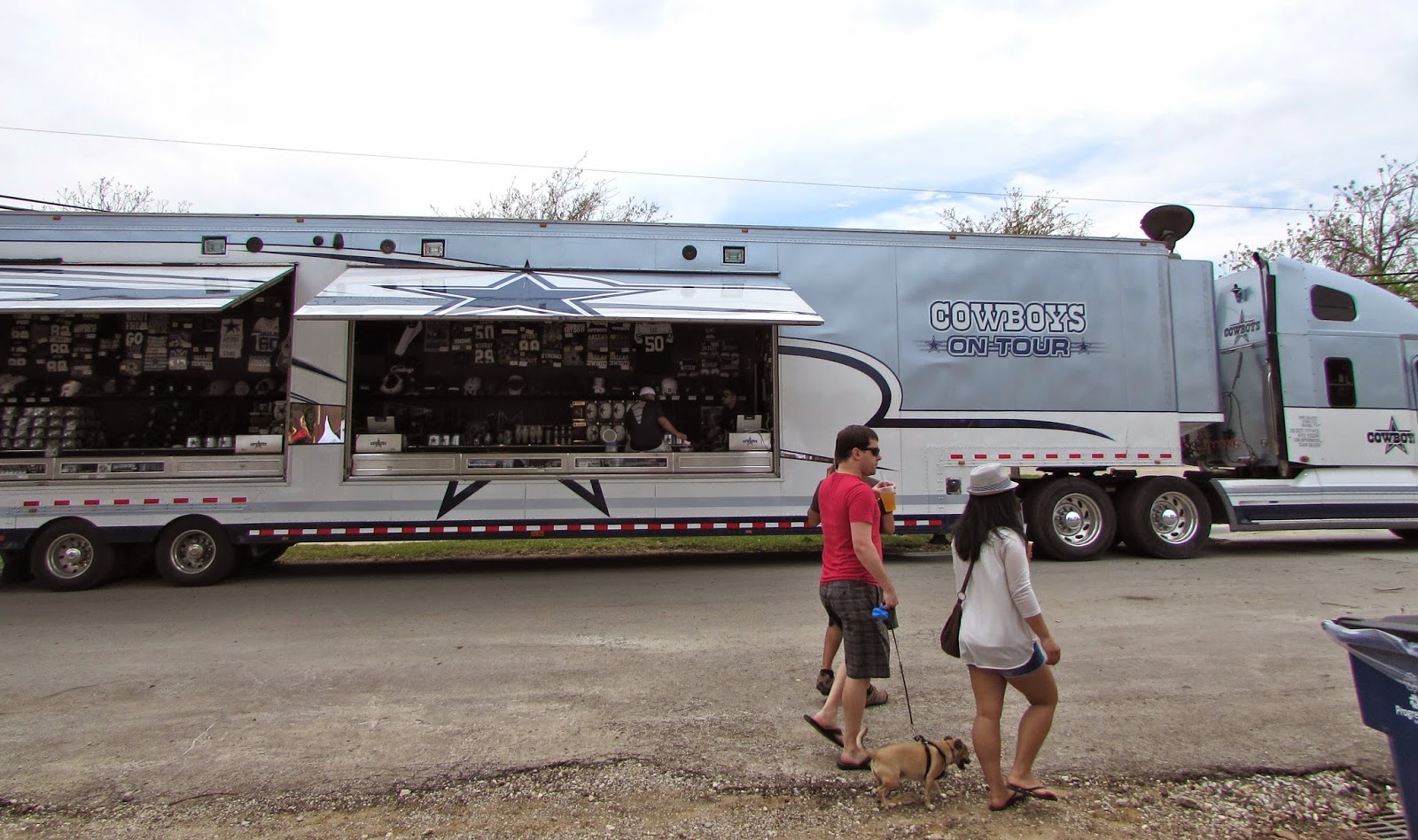 Apparently the Dallas Cowboys souvenir shop on wheels sold out of Jerry Jones Voodoo dolls early as I didn't see even one patron buy anything the whole time we were there.  *snicker*

Posted by Lowandslow at 9:18 AM