A few days ago daughter Erica called asking for my help.  She & hubby had to go to a funeral on Saturday and she needed someone to babysit 2-year old Blakely and 4-year old Parker.  Now understand, I'm not the first person any of my daughters ever calls to babysit.  In fact, I'm dead last on the list, and there's a reason for that:  I'm worthless.

I don't know what to do with kids.  They get near me and just sense fear, and I know it, which just heightens the fear in me more.  Yes, I helped raise 3 girls, but that was many moons ago.  I've rocked 'em and changed diapers, but "mom" was always not far away.  When you babysit you don't call 911, you ARE 911.

But of course I was ready to help and I showed up Saturday morning at 10 as requested.  My cute grandkids were waiting for me with smiling faces.  Erica gave me my instructions....snack at 10:30....lunch at 12....a wholesome movie was loaded into the machine what plays wholesome movies....they probably wouldn't take naps.  Bye!

All went well at first.  We were feeling each other out, trying to figure out what to expect from the other.  At 10:30 I asked Blakely, "You wanna snack?" 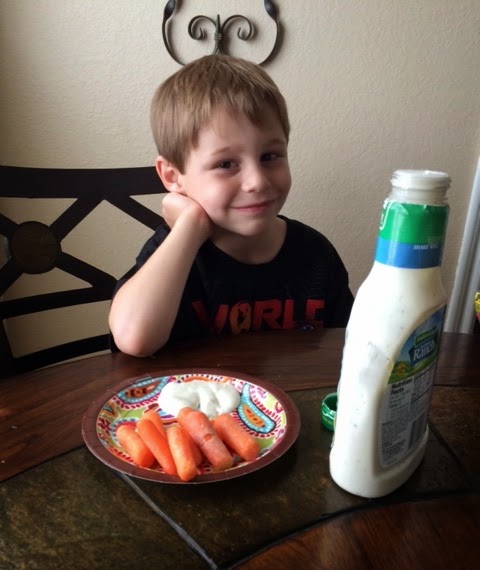 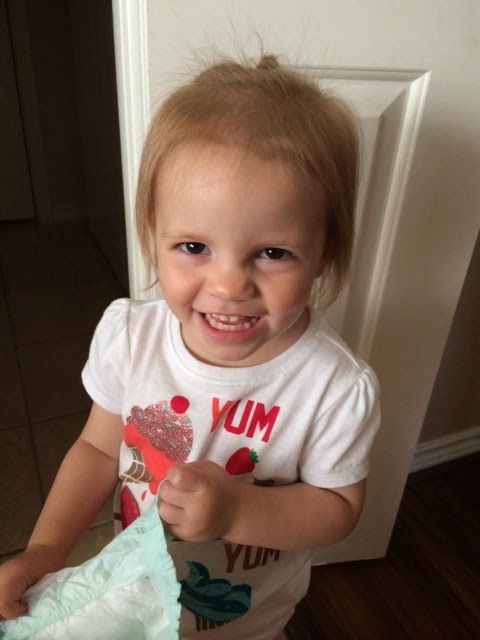 For the next hour or so we played catch with a soft baseball (inside) and we put diapers on dolls and strapped them into little strollers.  Over and over.

At noon I started fixing lunch.  The menu called for something even grandpa's can cook:  corny dogs.

Damn, can these kids put away groceries!  They both ate two corny dogs EACH, washed down by a bottle of kids gatoraid (?).

That's when it hit the fan.  As I was cleaning Blakely's hands and face after lunch I noticed something didn't smell right.  In fact it smelled pretty rank.  A flashback from 30 years ago told me exactly what it was. 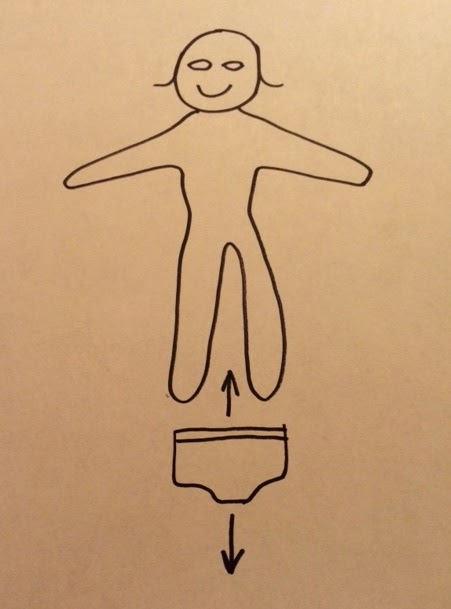 I learned that these days kids don't just go from diapers straight to pants.  There is an in-between thing called "pull-ups".  They're like pants that pull up and down, but they have a diaper-like lining inside.  No prob.  I've got this. 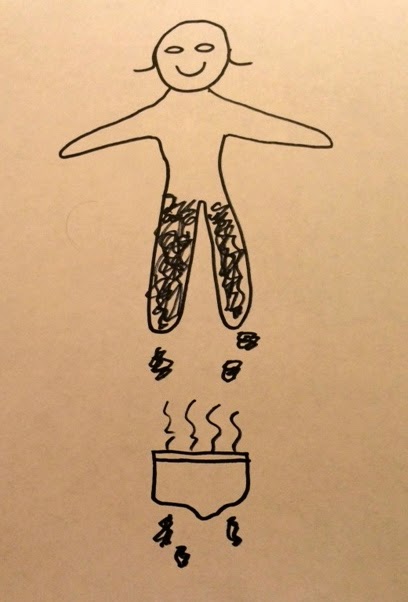 There's no nice way to say this:  By the time I got that damn diaper off she was covered in shit from her waist to the tip of her toes....and it was on the little table she was lying on also.  And on ME, too!

Located next to the crime scene was a box of baby butt wipes.  These are pre-moistened towelettes that pull out of a box one at a time so you can wipe off the baby's bottom.  They come in boxes of 64.  I'm here to tell you, some times 64 just aren't enough.

I finally got the poor child cleaned up and back to a state of normalcy, got her re-"pull-uped", and sent her off to play while I cleaned myself up.  That's when Parker popped into the bathroom with her right beside him to tell me Blakely's "pull-up" was on backwards.  *head bang, head bang*

Then Parker announced he was hungry.

It was a little container of cut-up cantaloupe and honeydew.  "Fruit."  DUH!  He slugged it all down before I could even get him a little plate and a fork.

Then it was back to baseball and dolls in strollers.  Parker wanted to play outside, but my hay fever was in full meltdown mode.  But we went out for a while anyway and the kids had fun.

When Erica returned about two I gave her a rundown on the day and just casually asked, "How do you get those pull-ups down when they're full without making a giant mess?"

She said, "Oh, there are little tabs on the side you pull and it just opens right up."

I swear I never saw any little tabs.

Posted by Lowandslow at 9:04 AM