The building crane is once again our state bird 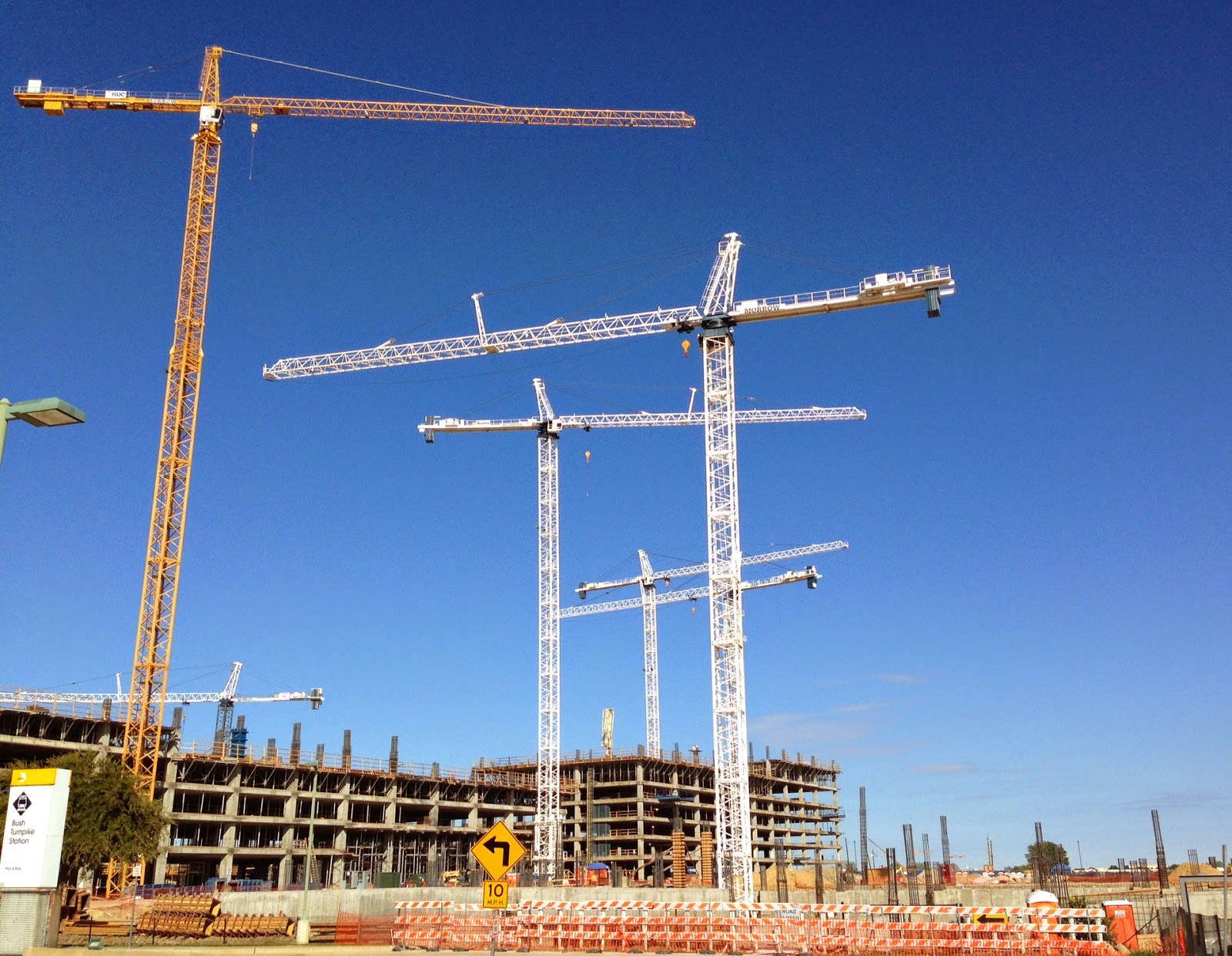 Not sure what to think of this:  It was announced this week that Toyota would be moving all it's US divisions....sales, marketing, engineering, and manufacturing....to my neighborhood here in the Dallas area.  They will be building a 70 acre office campus on Headquarters Drive in Plano, just down the street from K's company headquarters.  Four thousand jobs will be moving here.

This on top of six thousand jobs State Farm Insurance is bringing to their new 1.5M sq ft towers now under construction.  There are also a dozen or more 10 story +/- office towers under construction for smaller clients, too.

They say they're coming here because of our excellent "quality of life" (true) and relatively low cost of living (also true), affordable housing, etc.  But as I see it they could quickly turn all those categories around for the worst.

Our housing costs have gone up 10% in the past 12 months.  The next 12 months could make that look tame.  If these huge relocations were spread out over time they could all be easily absorbed, but all at once, I'm afraid they might overwhelm us.

Your sense of civic pride gets all "chest poundie", but your brain says proceed with caution.  Oh well, I guess it's a problem many parts of the country would like to have.

This, however, I know exactly what to think of:

'Bout time:   It seems the Feds are finally getting serious about slapping the big banks down after letting them run roughshod over us for a decade. 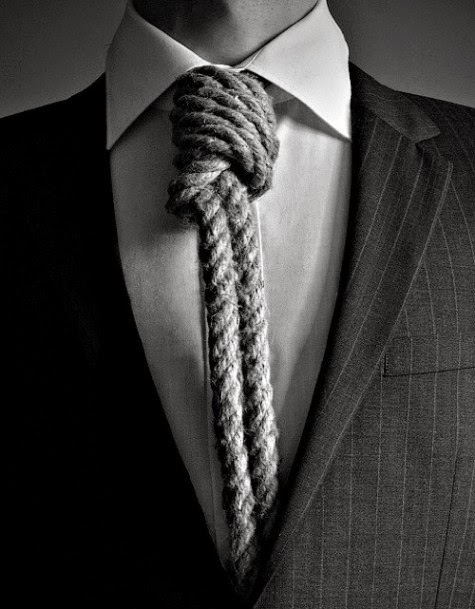 What the country's best dressed bankers will soon be wearing?

Some have been laundering money for Iran and others, while others have been setting up tax dodges for wealthy Americans looking to skip out on their taxes.  And many more are still hiding under their desks, waiting to see how long they'll be locked up*.

Yes!  The Feds are actually going after them on criminal charges, and not for just some hand-slap paltry fines.  Good!

* I doubt anyone will personally be put behind bars. Darn!

Posted by Lowandslow at 7:57 AM