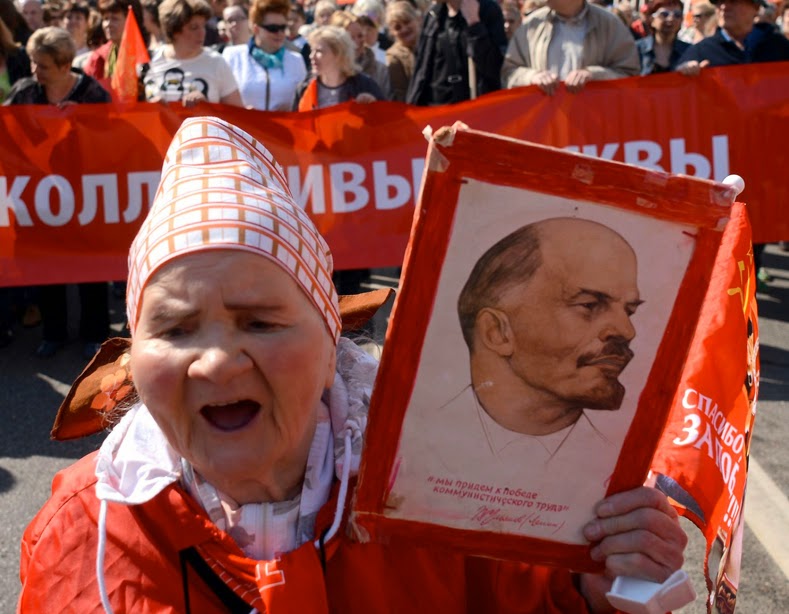 I saw this on the front page of USA Today online this morning.  It's a picture of a stalwart Communist Party supporter with a picture of her idol, Vladimir Lenin, at yesterday's May Day parade in Moscow.

Talk about living in the past!  It's sad that anyone could look at those Cold War times and think of them as "the good 'ol days".  I suppose as long as there are still Rooskies of her generation alive Lenin's ghost will still haunt us.

What is it about those times that still excites them so? 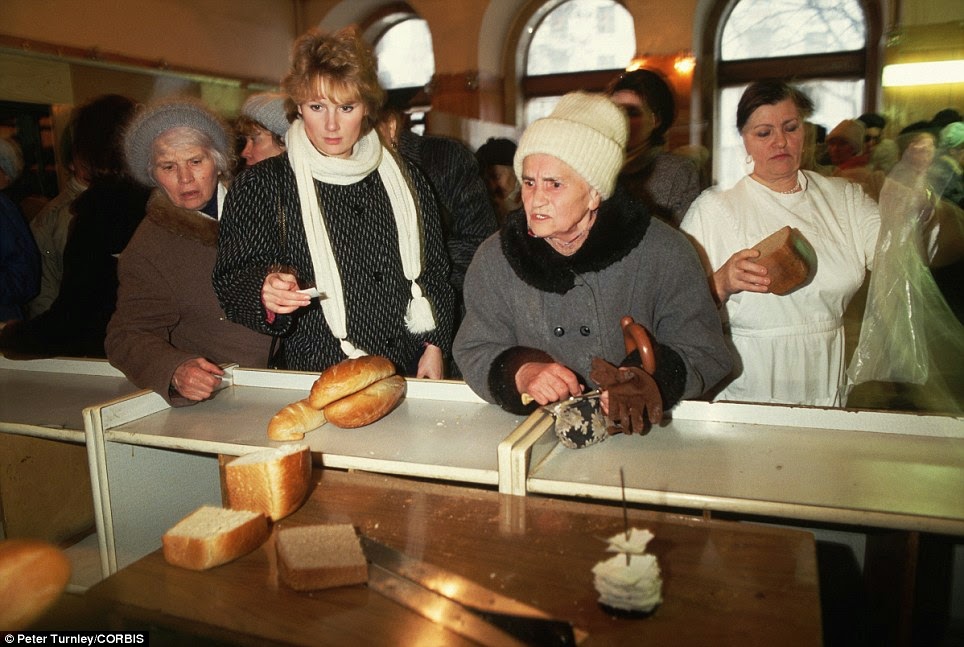 Memories of the pleasant days spent shopping with friends? 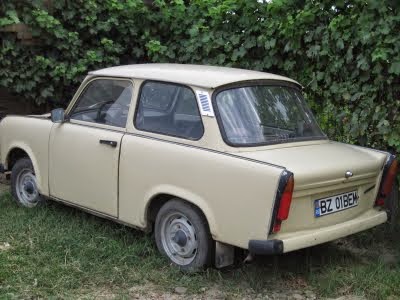 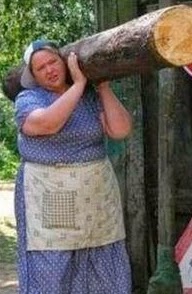 Maybe the fun "Green Acres" country lifestyle so many enjoyed?

I remember a few years ago I was at a bookstore on a Friday evening and stumbled on to an author who was doing a "book reading".  He was an American who had been living in Paris, Fraaaaace for years.  I overheard a Q&A query:  "What do you see as a difference today between Americans and the French?"

Yea weekend!  Tomorrow: Cars and Coffee, then the Cottonwood Arts Festival.  I'm thinking I'll have some tired but happy feet by tomorrow evening.  :)

Posted by Lowandslow at 9:35 AM