Cars and Coffee, May 2014....and the Cottonwood Arts Festival, too

My fellow motoring enthusiast friend and good all 'round guy Neil and I met up at 7:30 yesterday to oogle cars, as we do every first Saturday of the month.

It was a perfect Saturday morning to be outside looking at cars.  It was a lousy day to be trying to take photos of them....the sun was too bright and the shadows at that early hour too long.  Oh well, whatcha gonna do? 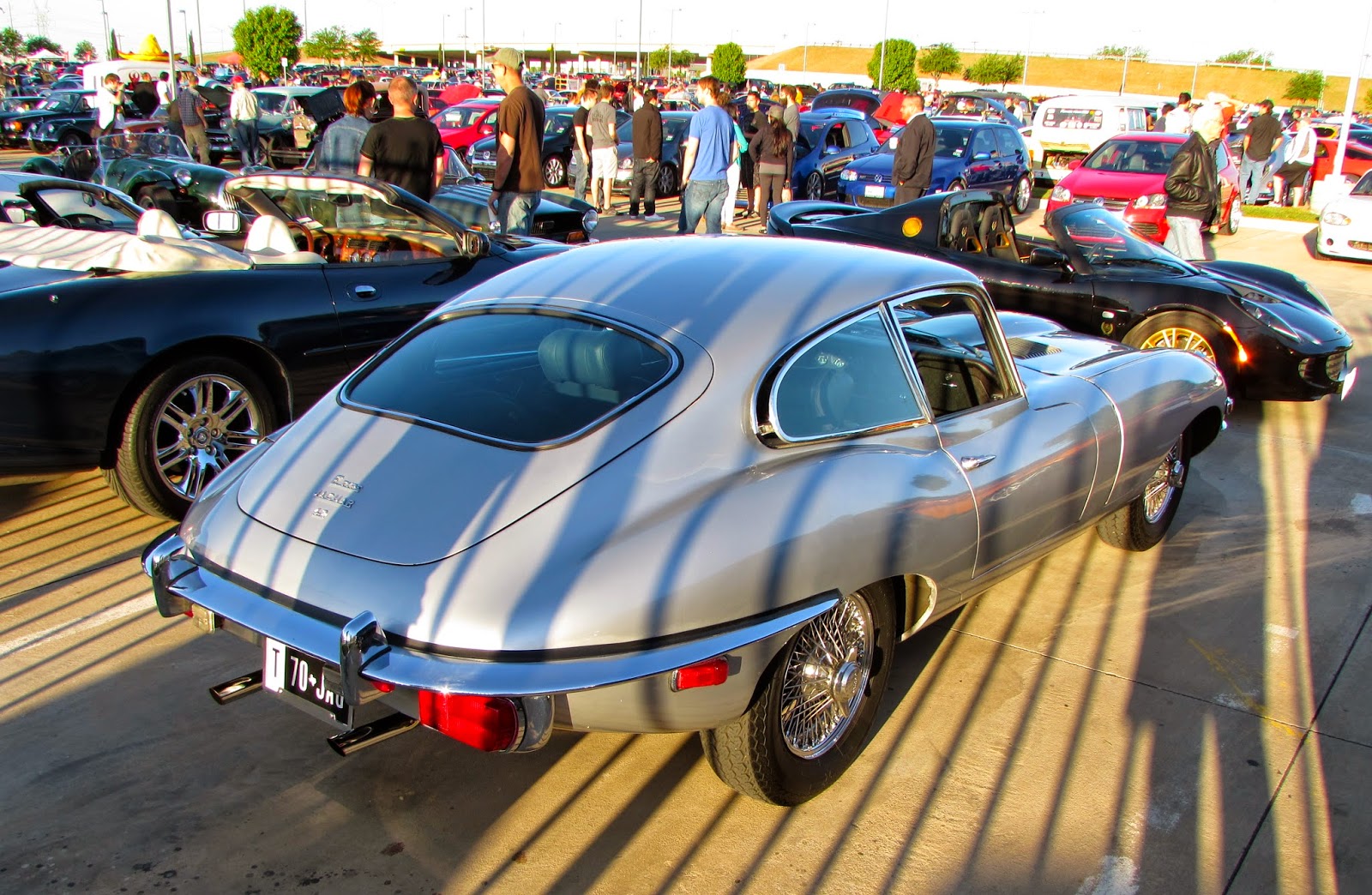 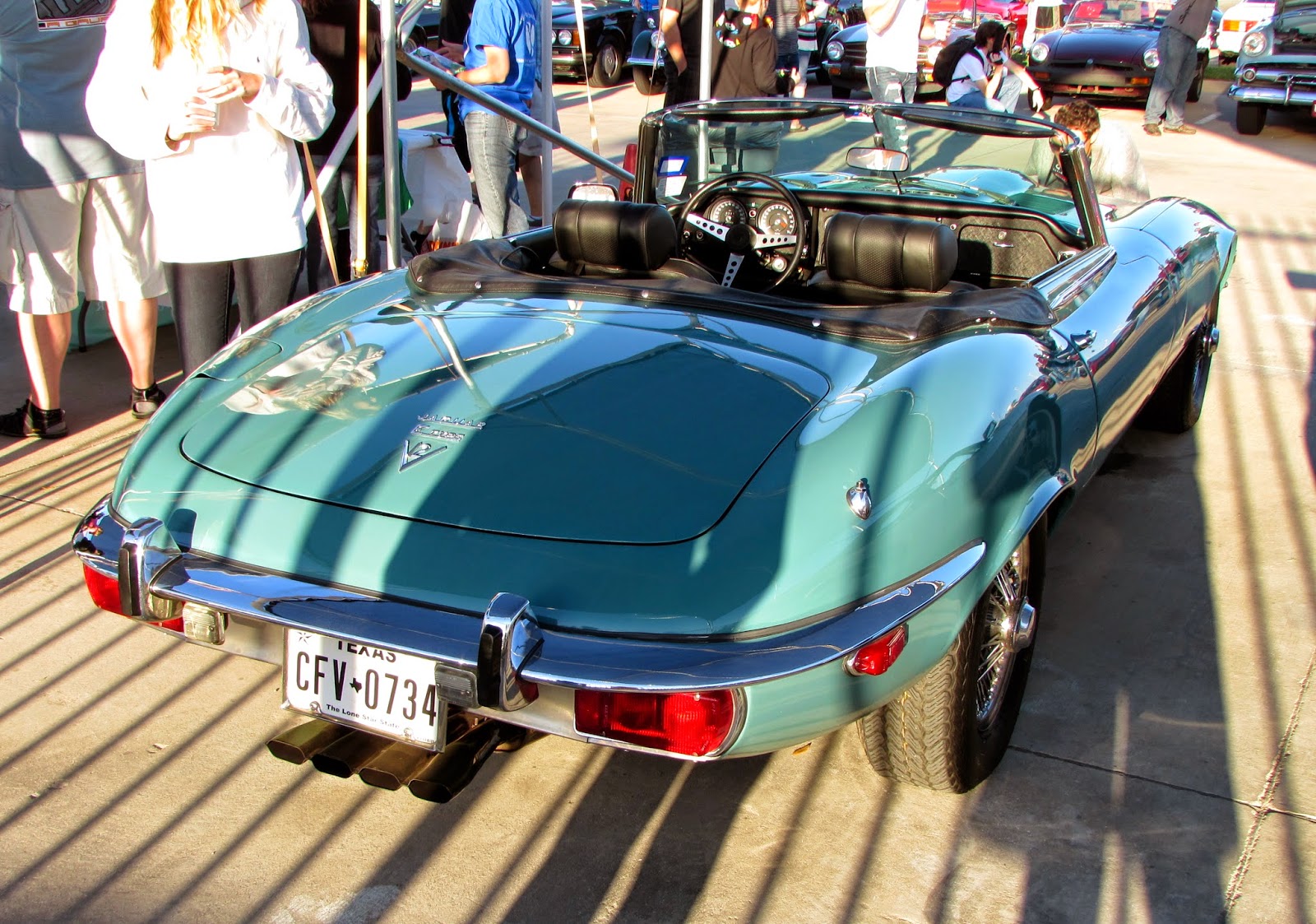 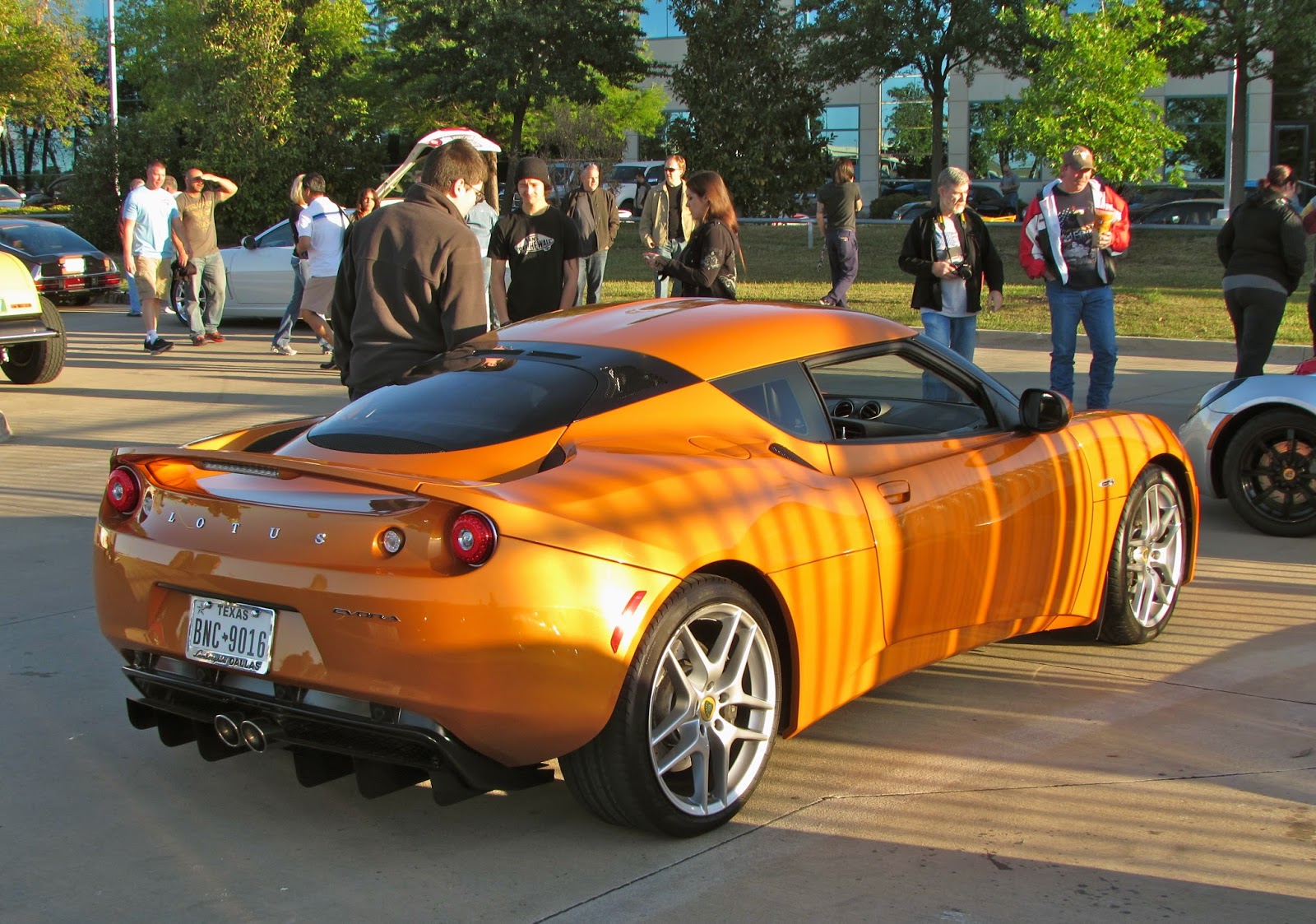 I'm not a big Lotus fan....they're rather fragile.  But this one, in this color, just exploded in the morning light.  I like the Tiger stripe effect, too.  (Listen to me, all artsy-fartsy!) 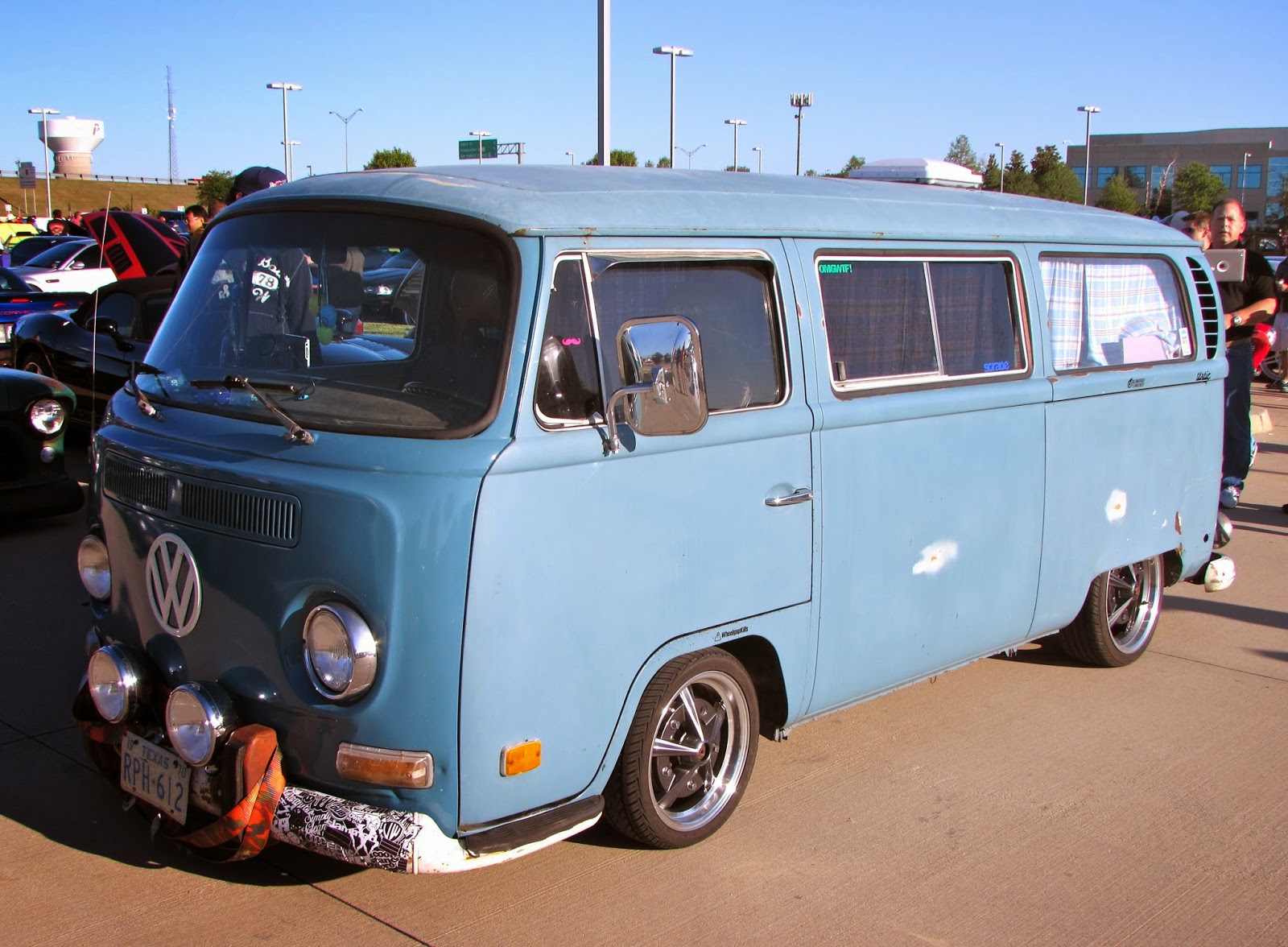 Umm....looks like they left the gate unattended for a few minutes and this snuck in.  ("Sneaked" in?) 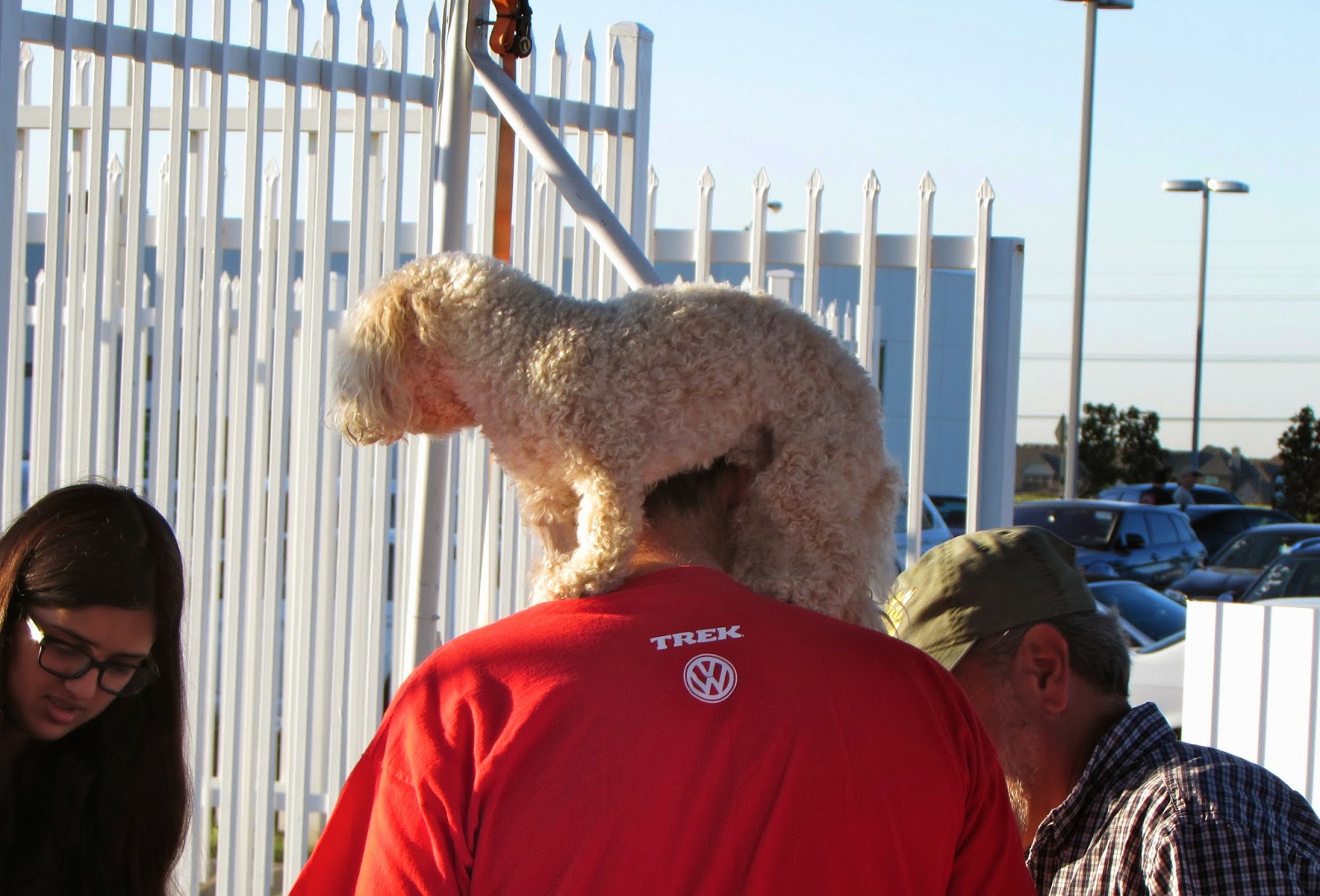 Wonder if it belonged to this guy? 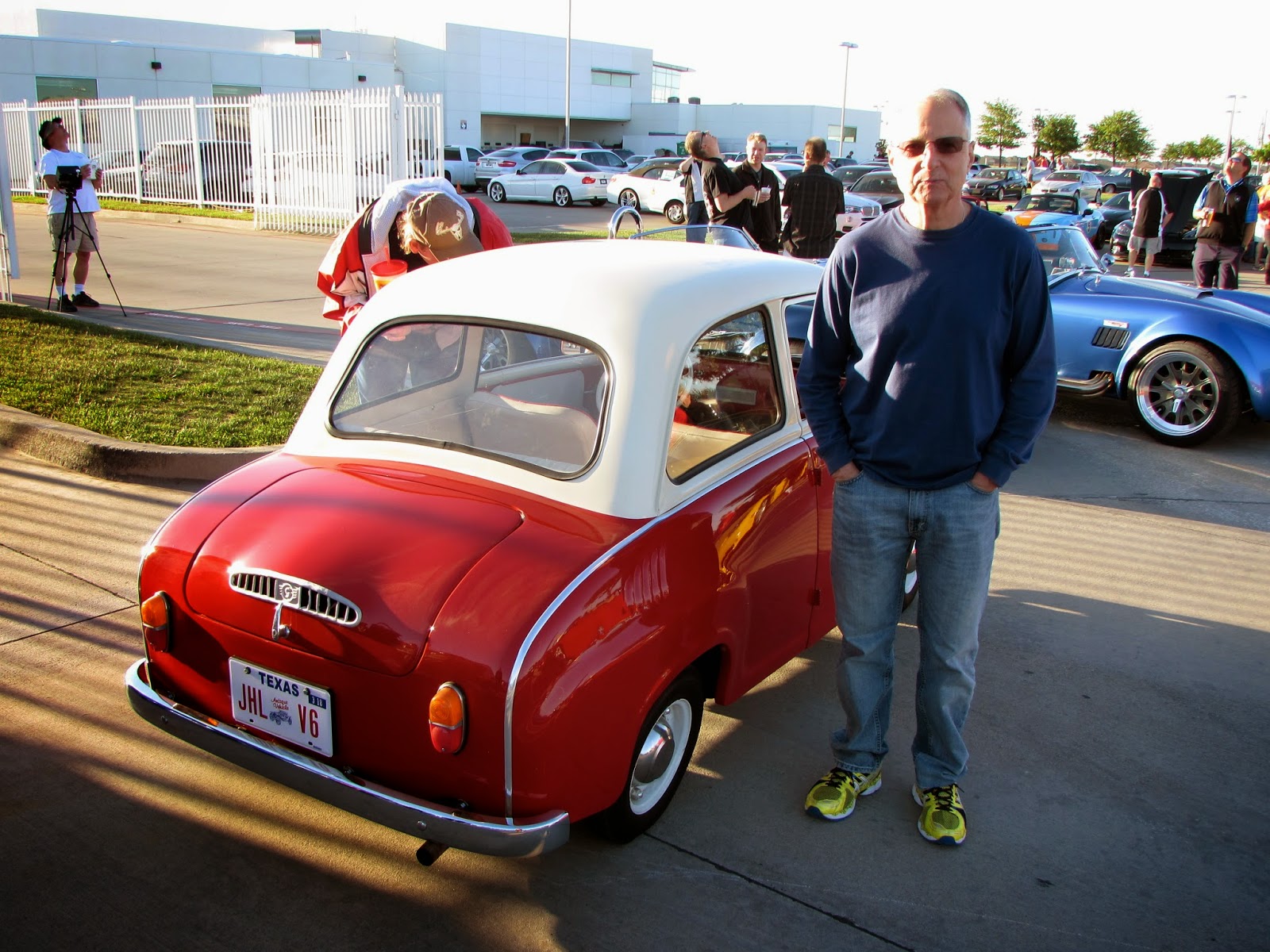 The German Goggomobil from last month was back.  Or maybe it never left?  Here's Neil standing next to it for size comparison. 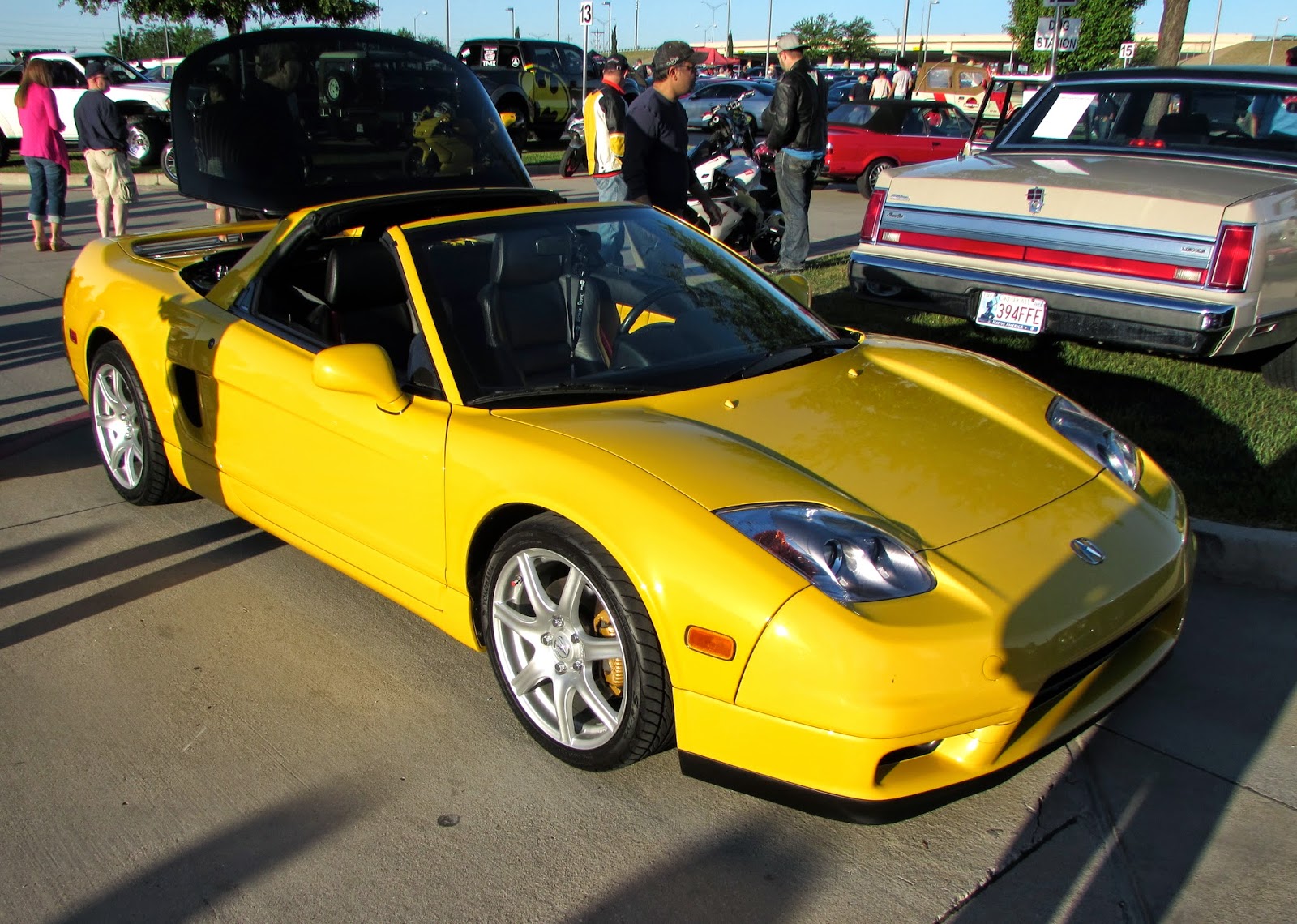 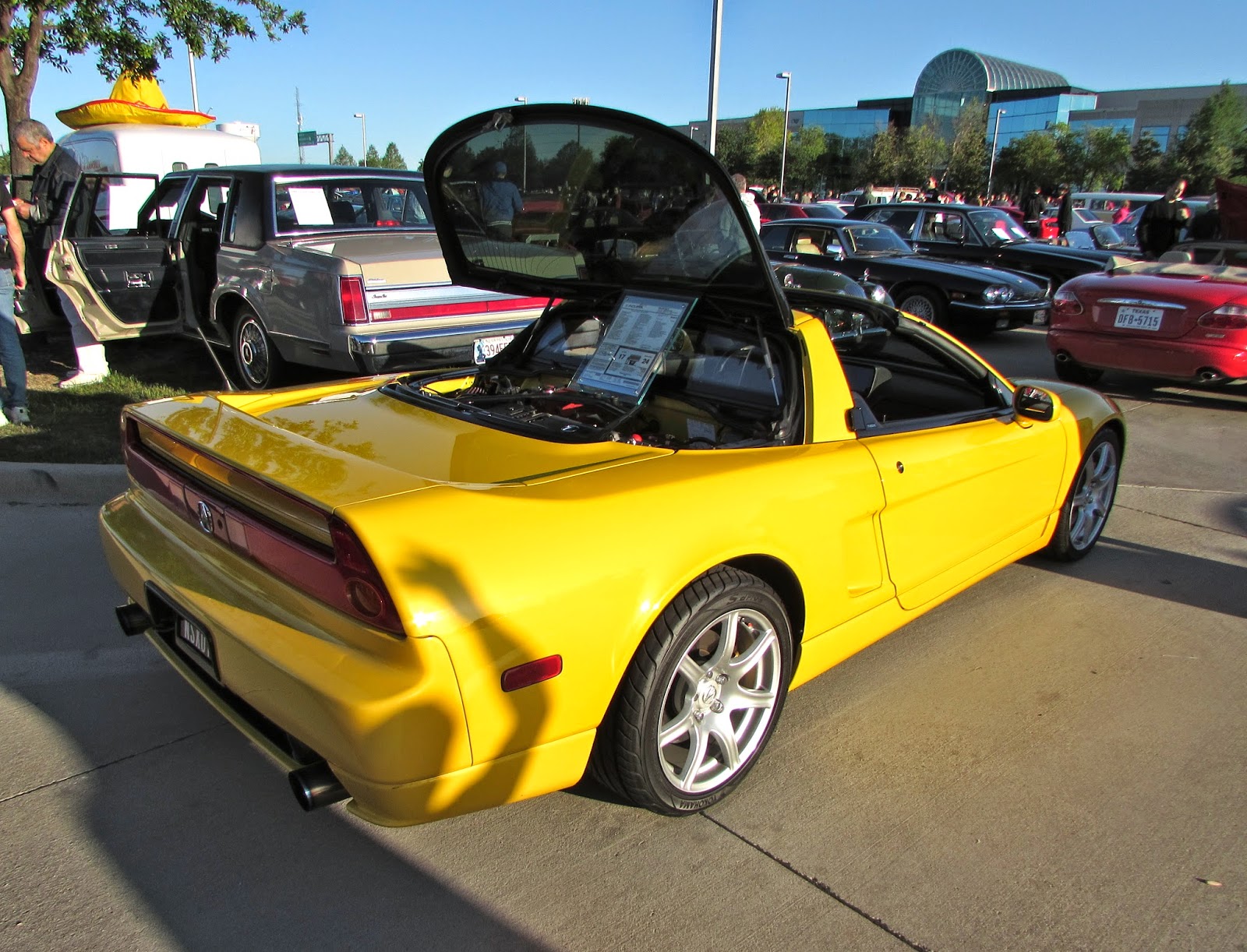 This late model (2002) Acura NSX was a stand out.  We talked with another fellow we met there who bought one new in 1994 and uses it to this day as his daily driver.  He says it's rock-solid.  Try THAT with a Ferrari! 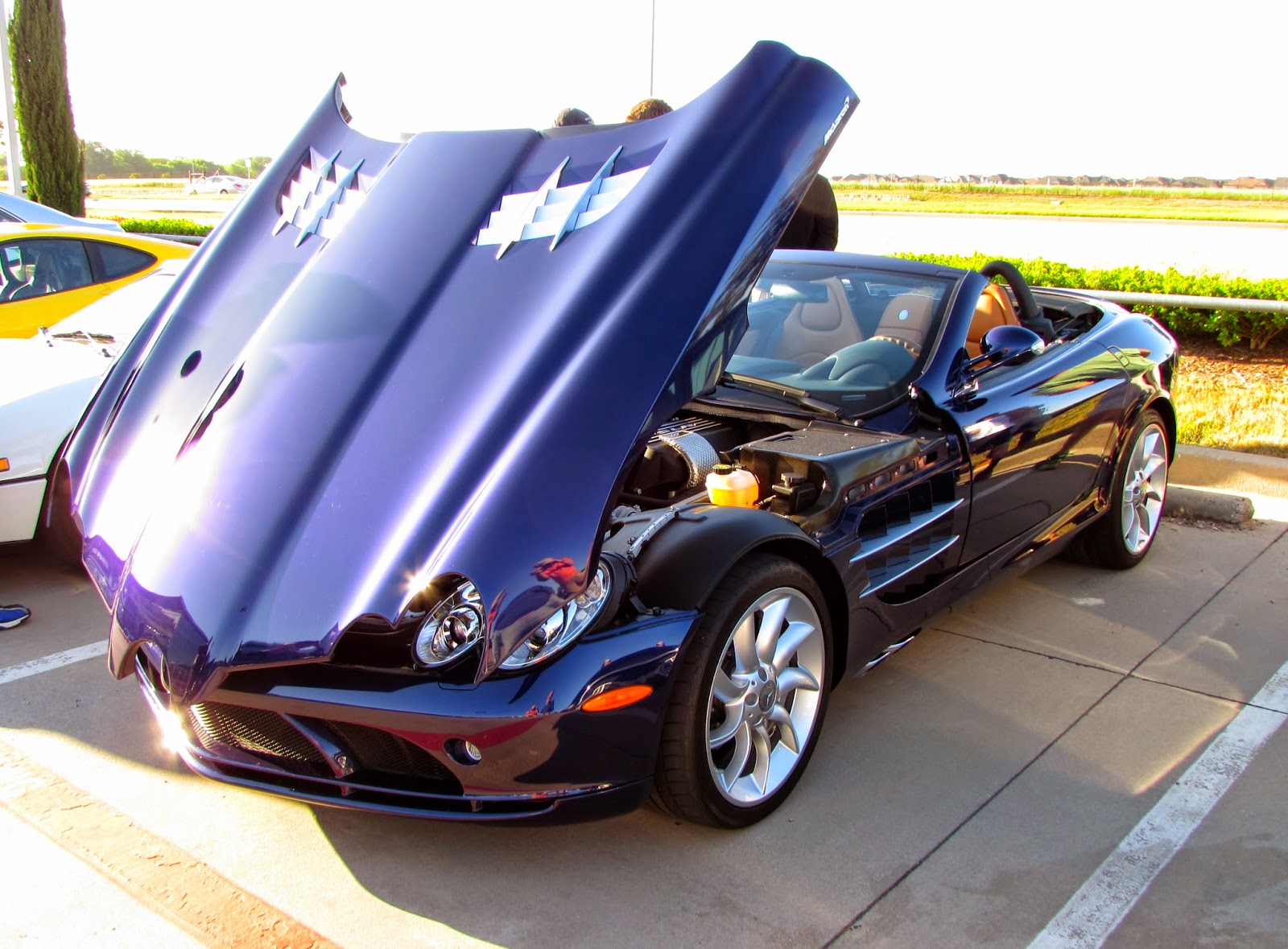 First you start with an overpriced SLR Mercedes, then you let McLaren have a turn tarting it up....to the tune of a cool $500K! 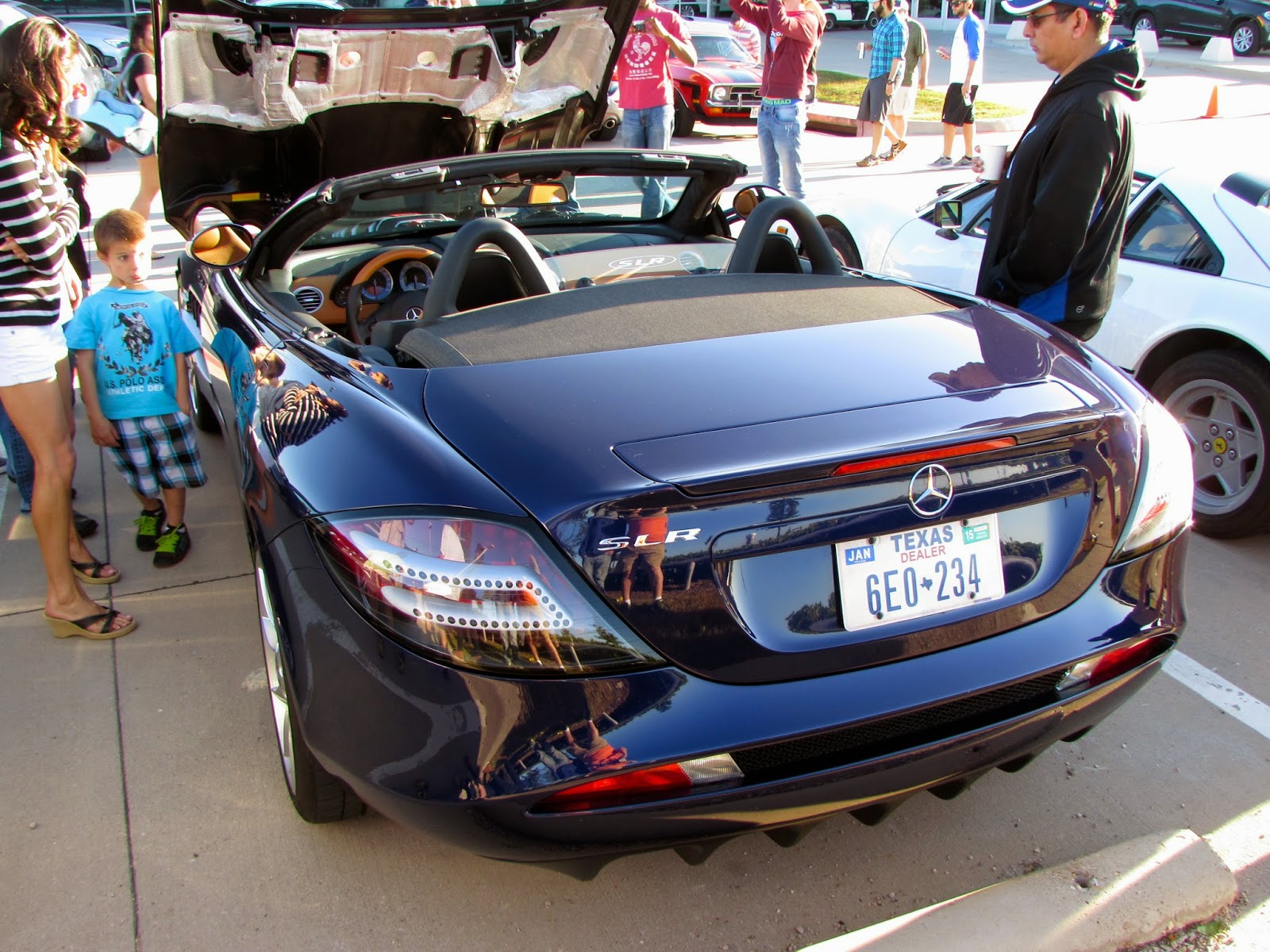 Pay attention kid.  Mother's Day is coming up and she couldn't be any more obvious with her hint.  Tell dad....or maybe that guy over there.  (Not sure what he's looking at behind those sunglasses.  ;) 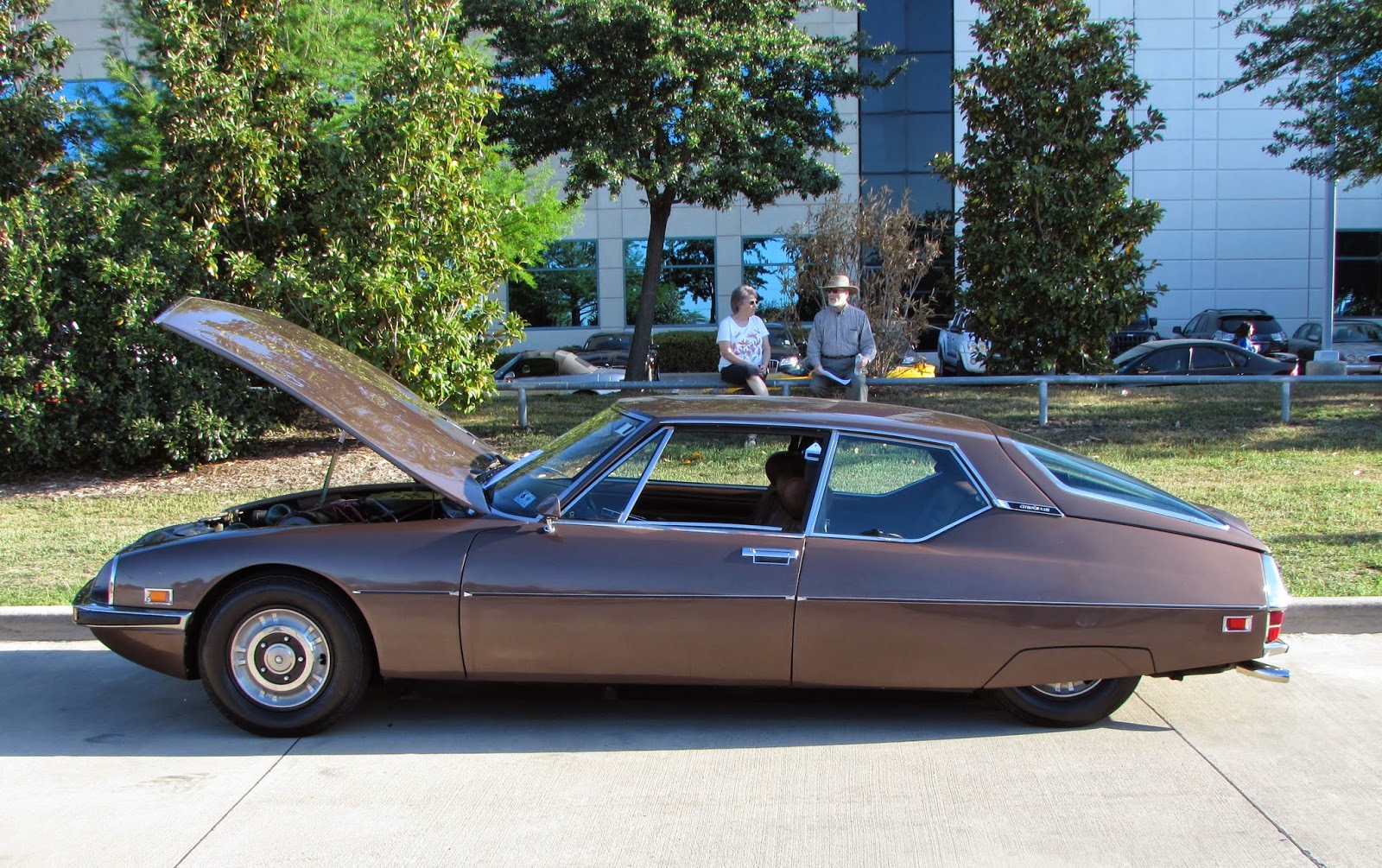 Ahh....the Frenchies.  The Citroen SM was so far ahead of its time the rest of the world finally just gave up trying to catch them.  Unfortunately it's been pretty much downhill for Citroen ever since.

We visited with the gentleman in the background who also owns an SM and he shared lots of anecdotal stories about these odd eccentric cars.  Meeting people like him is what makes C&C so much fun. 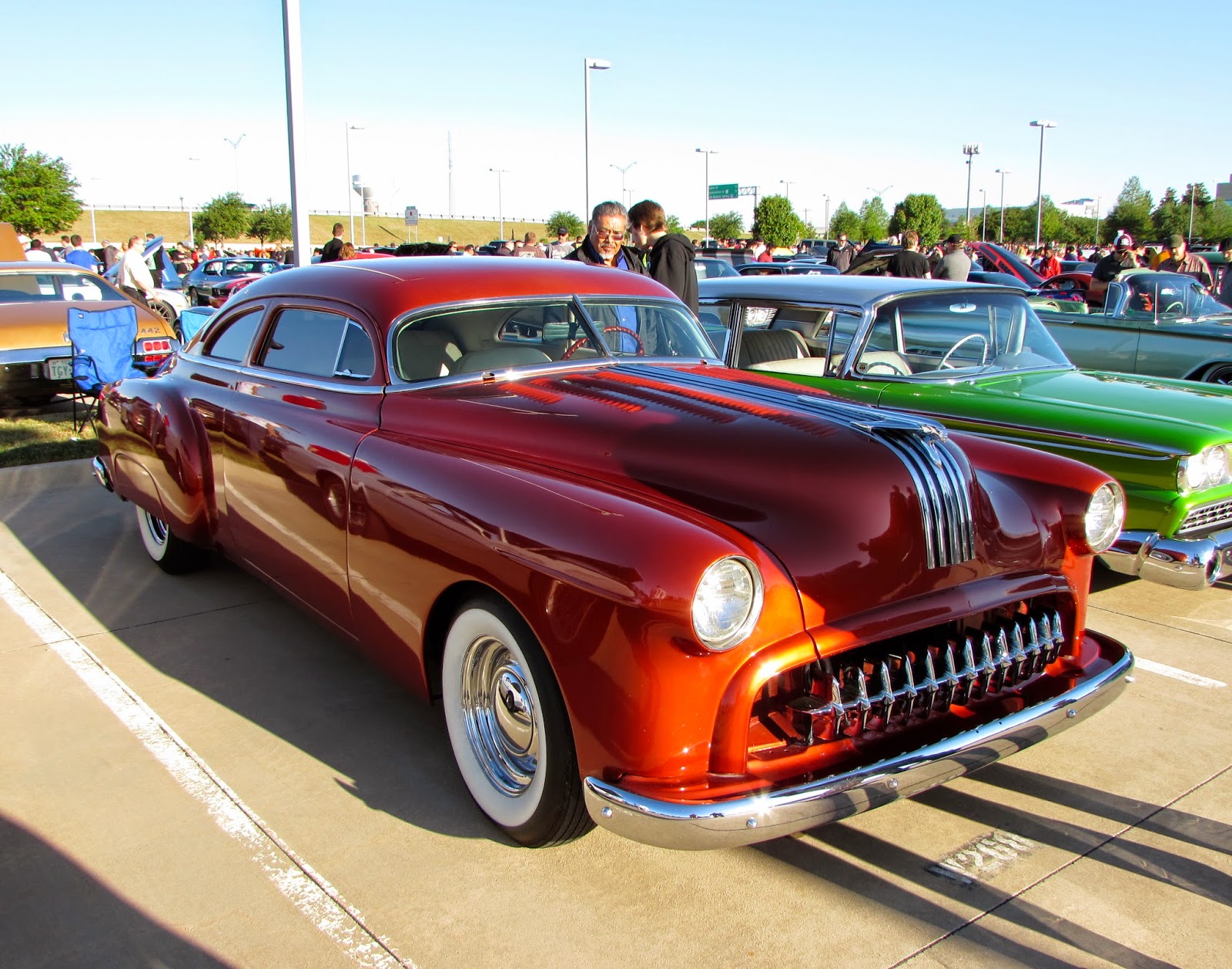 This chopped custom began life as a 1950 Pontiac Chieftain. 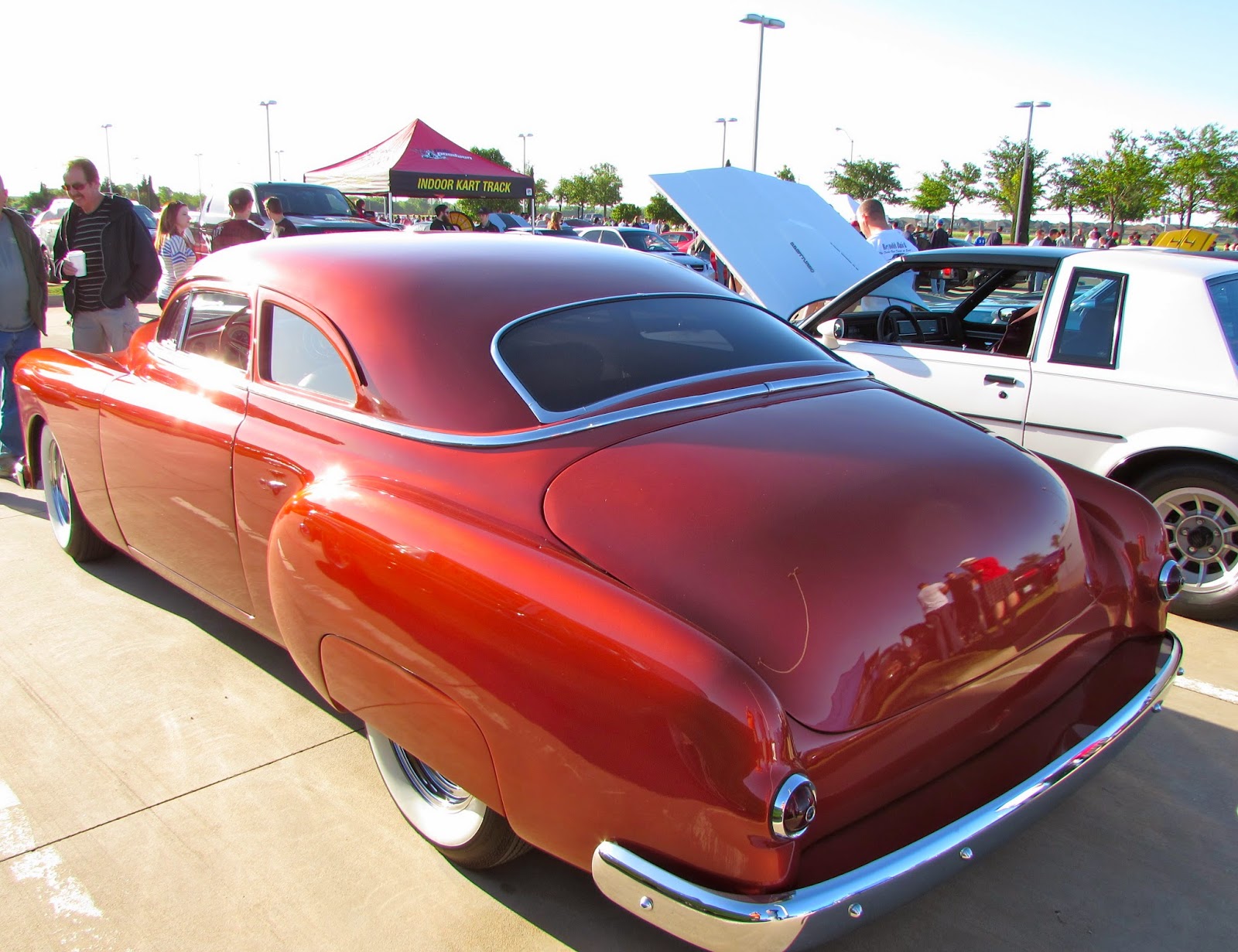 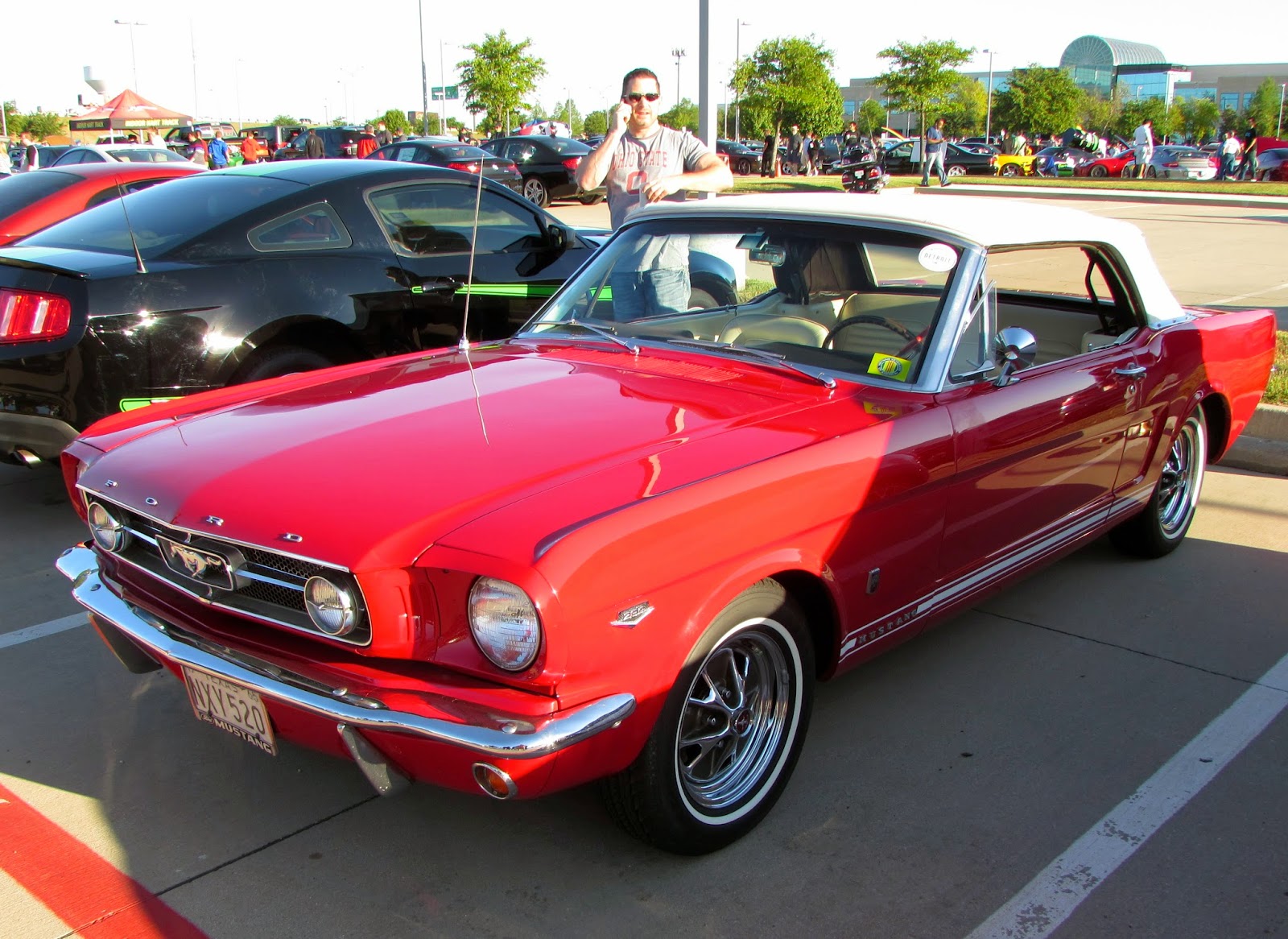 My first car was a '65 Mustang, but it didn't look anything this nice! 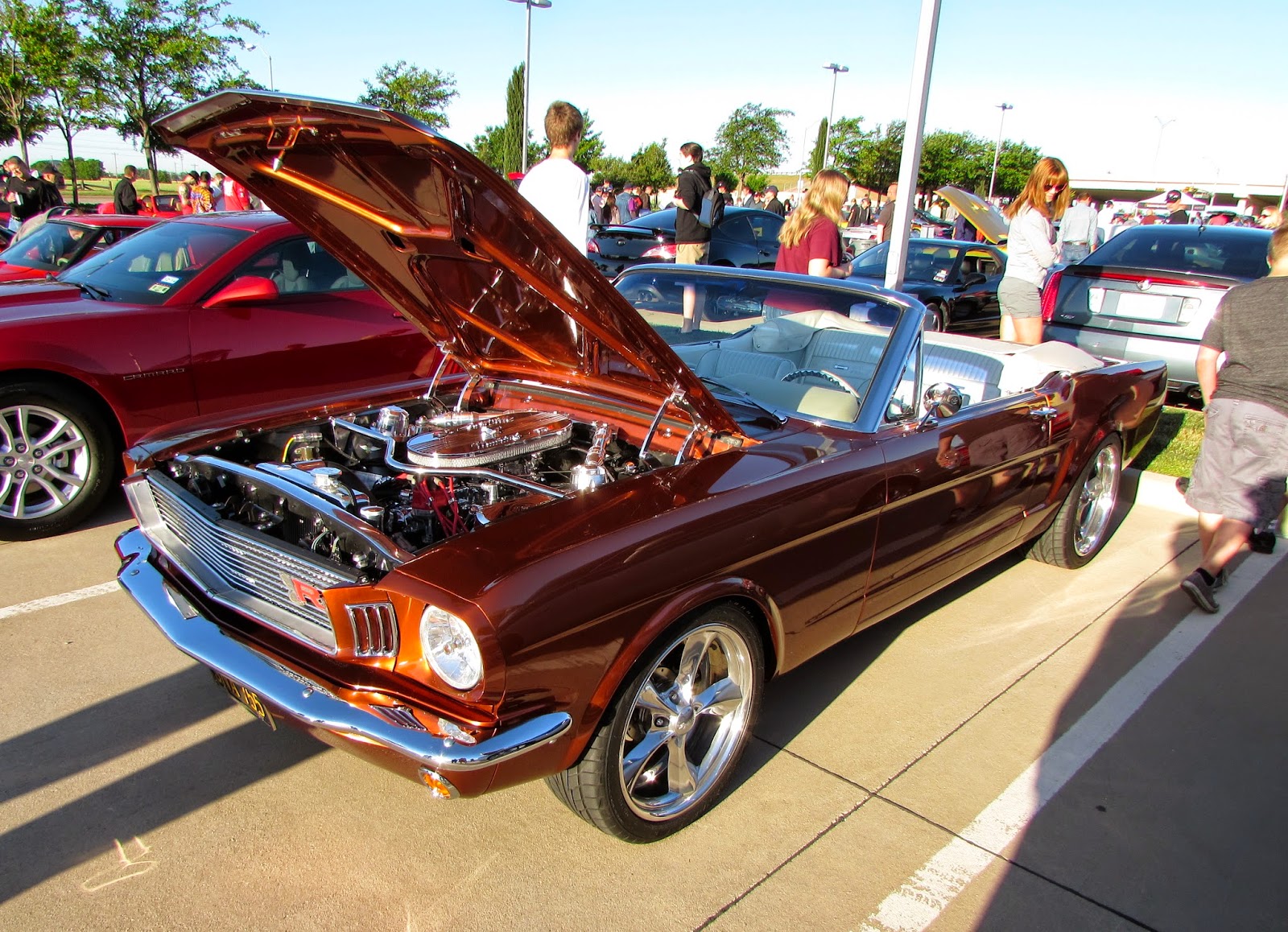 Just FYI, this is the 50th anniversary of the Ford Mustang. 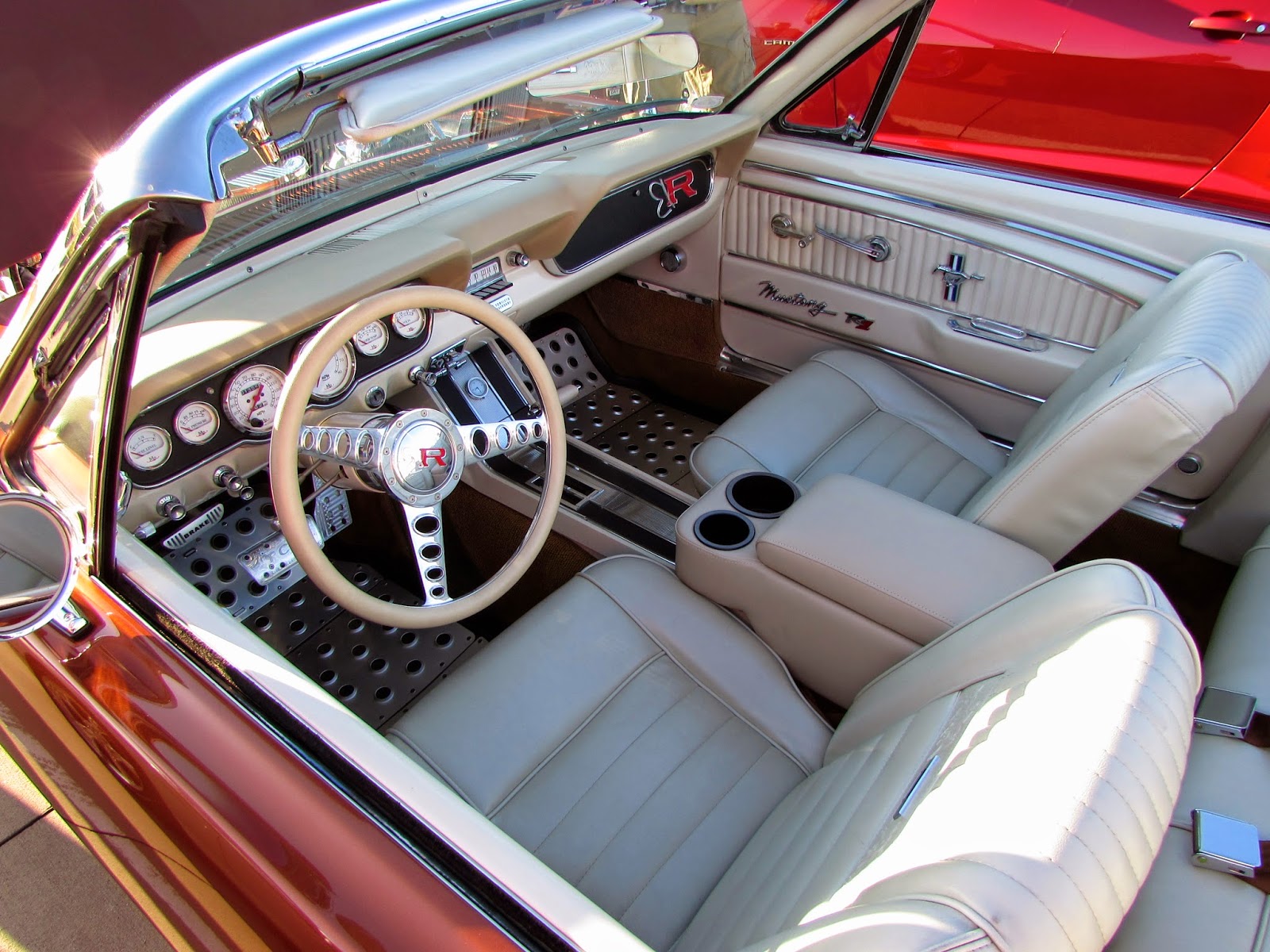 I'm pretty sure it didn't roll off Ford's assembly line looking like this! 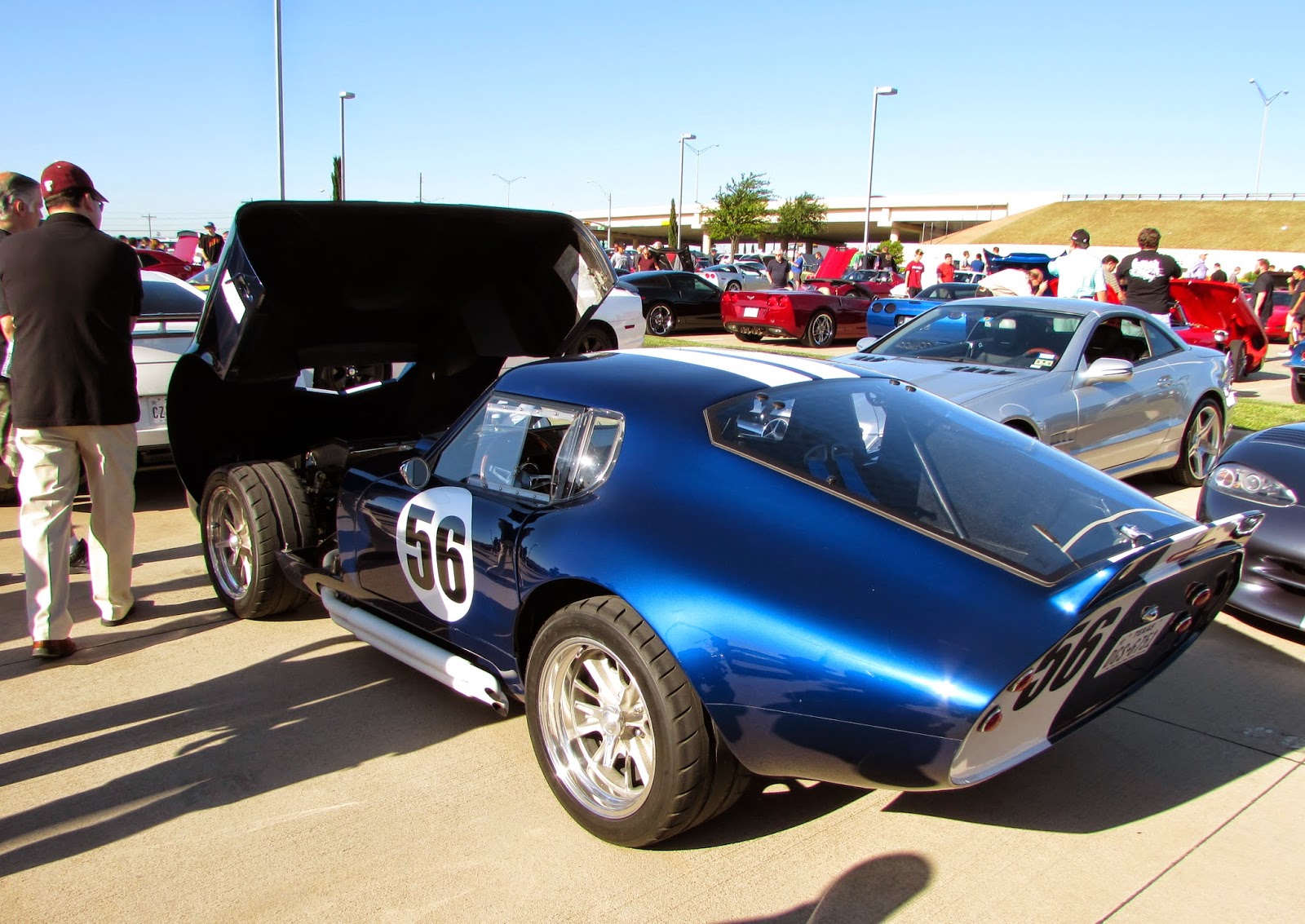 There were only 6 Shelby Daytona's ever built.  This wasn't one of them.  This is a replica (kit), and a darn nice one. 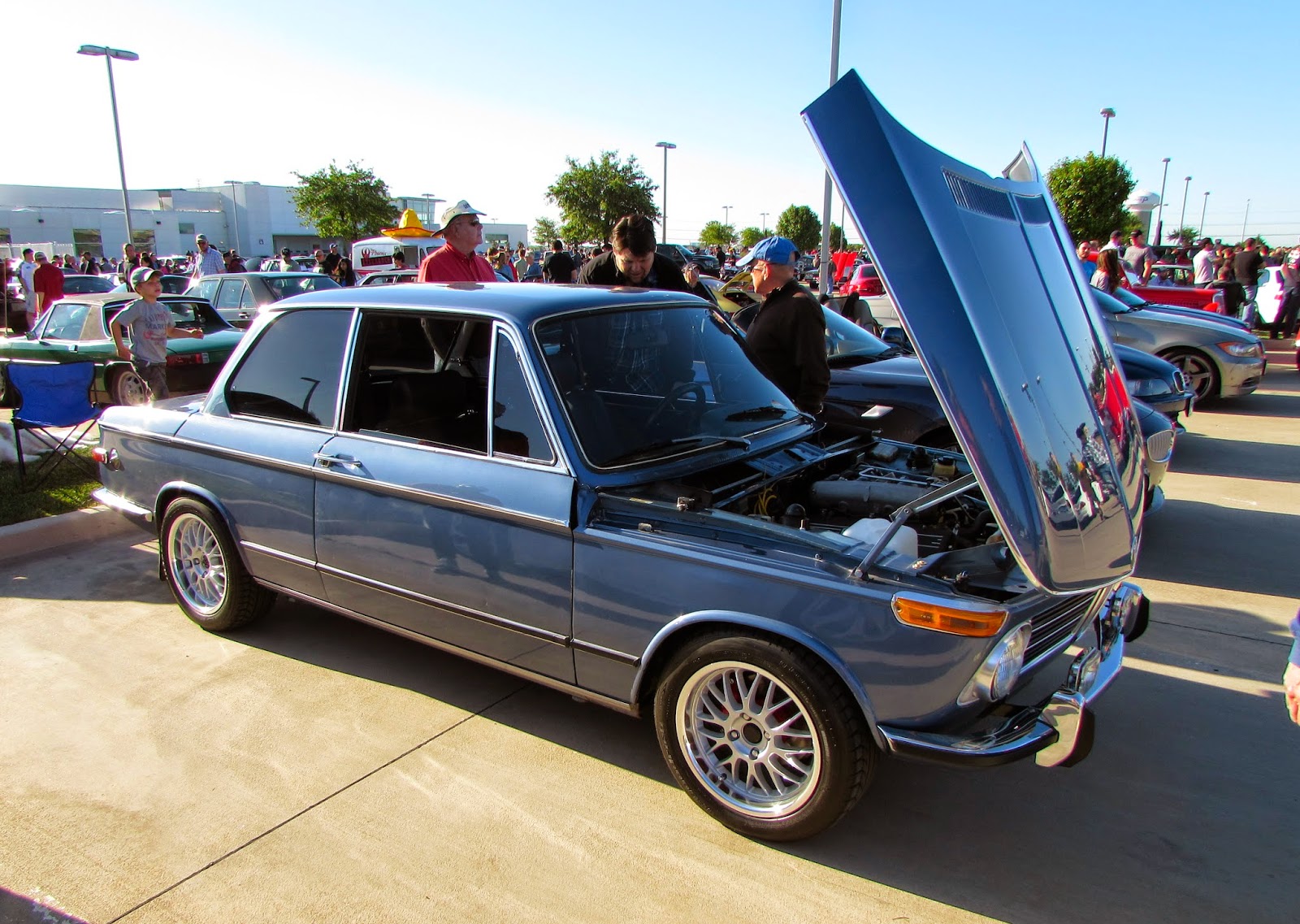 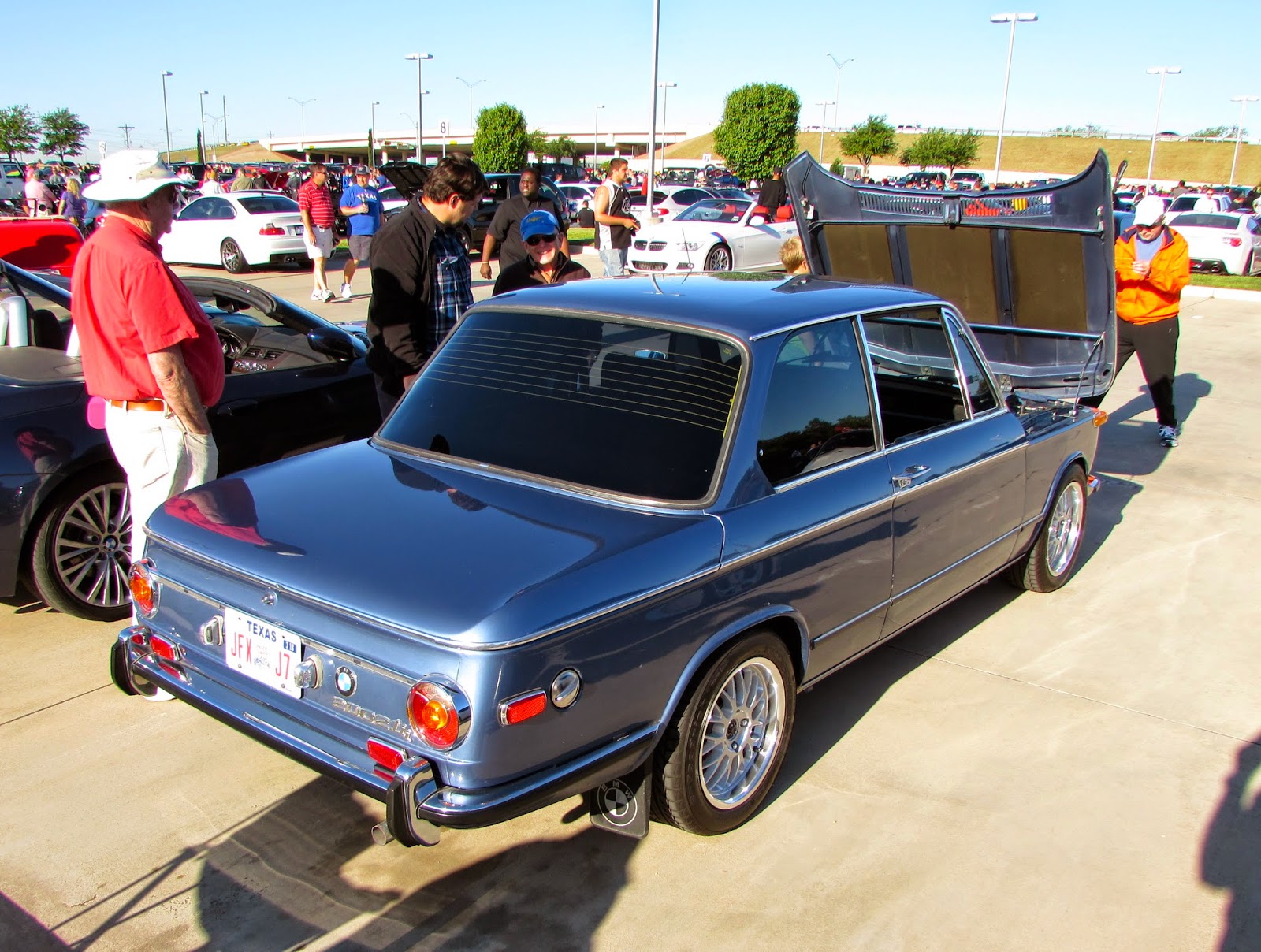 It's a classic today. 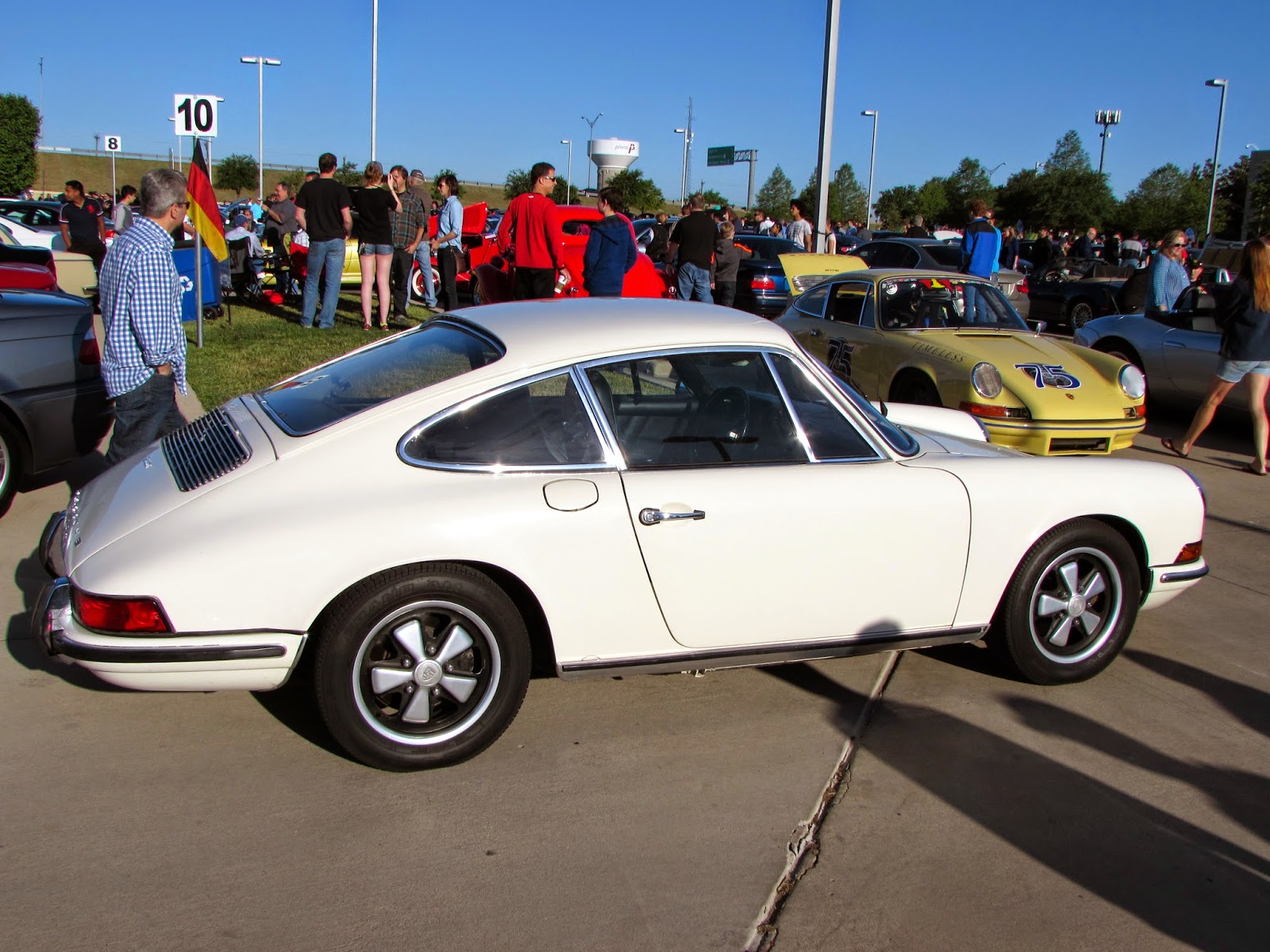 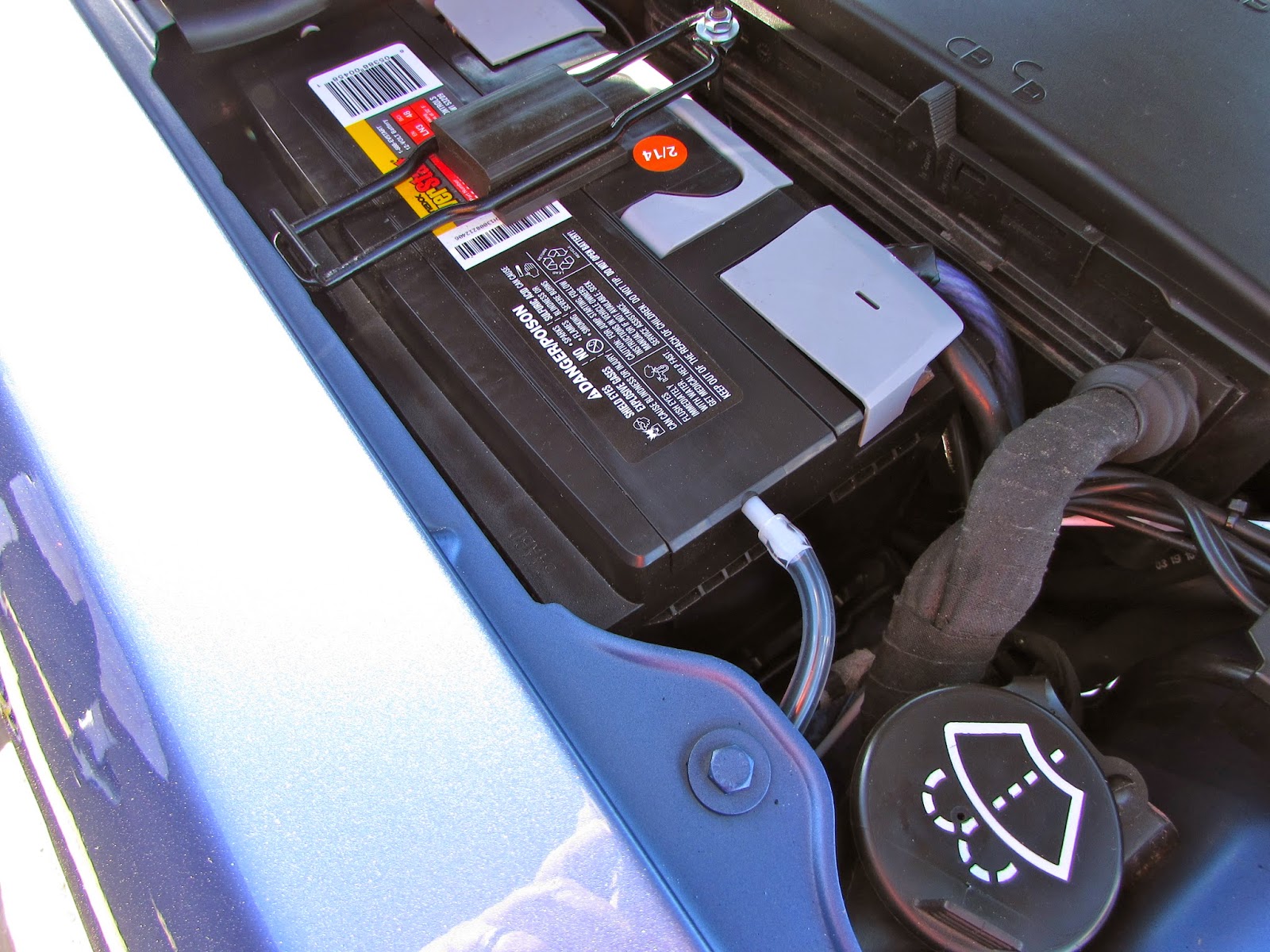 A trivia question for you:  Has anyone ever seen an overflow vent hose (?) on a battery?  It left Neil and I both shaking our heads. 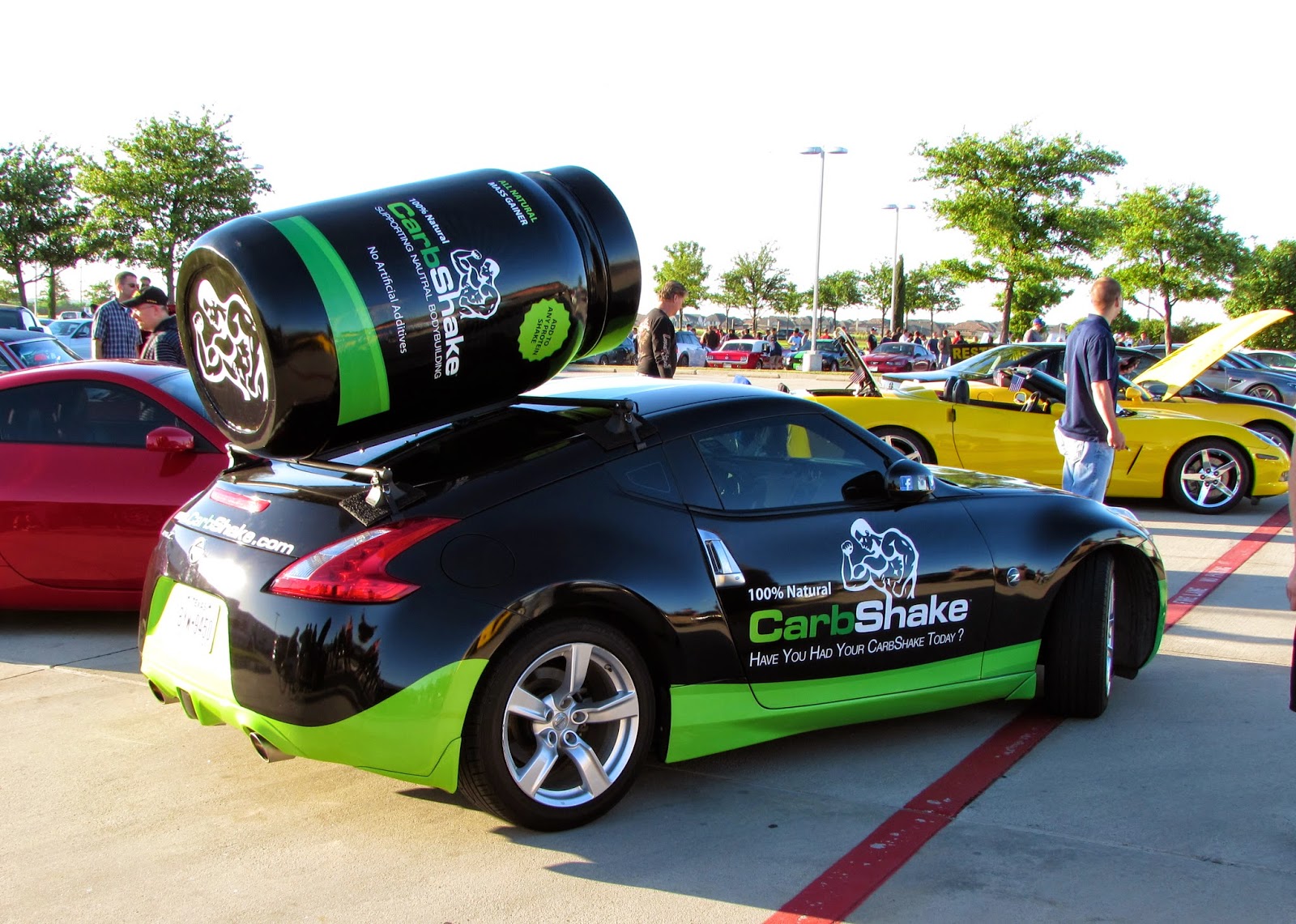 I hope that thing is strapped down tight.  If I ever see it on the freeway I'm gonna stay well back. 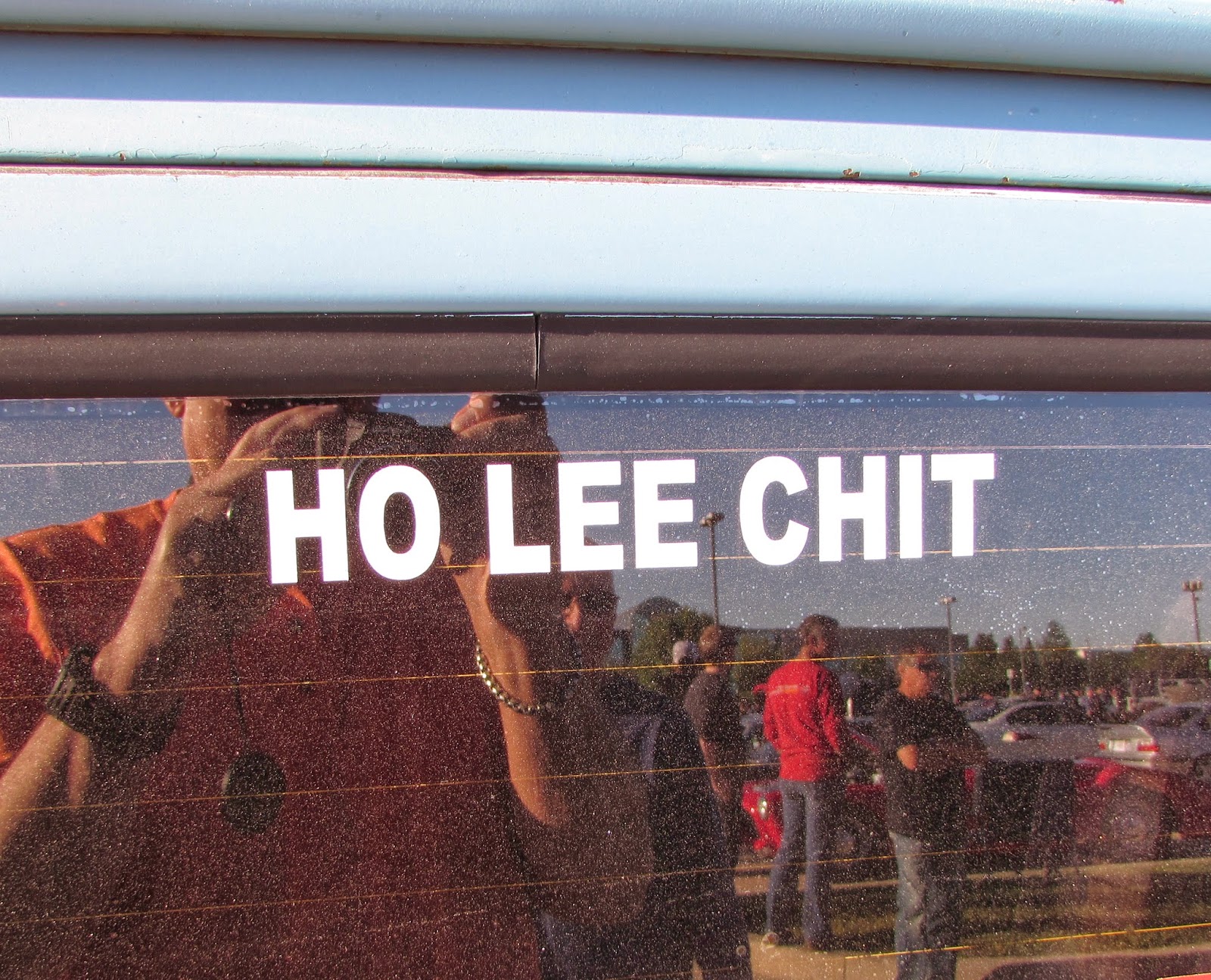 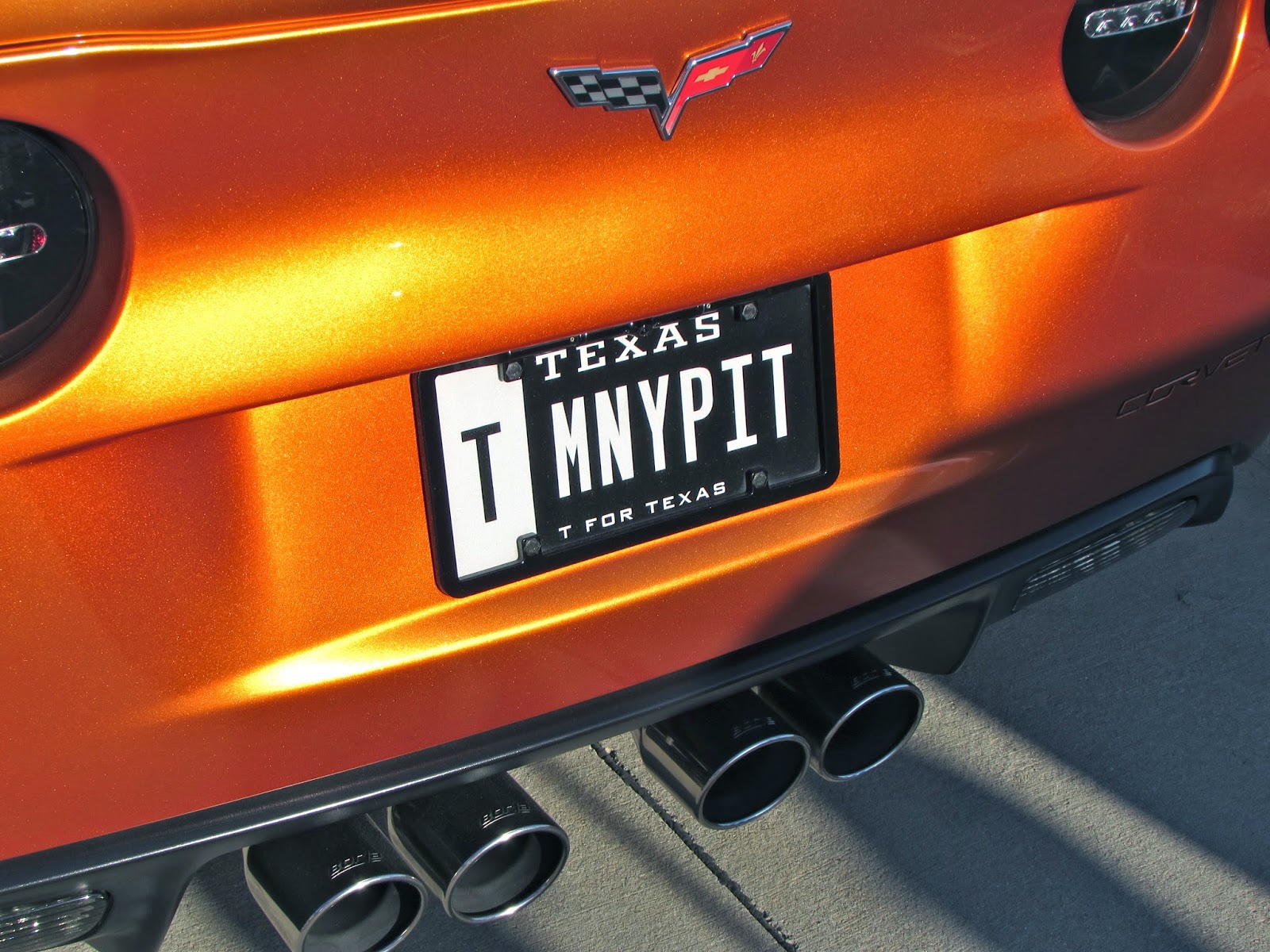 And finally, here's a license plate I think many of these fancy car owners can identify with. 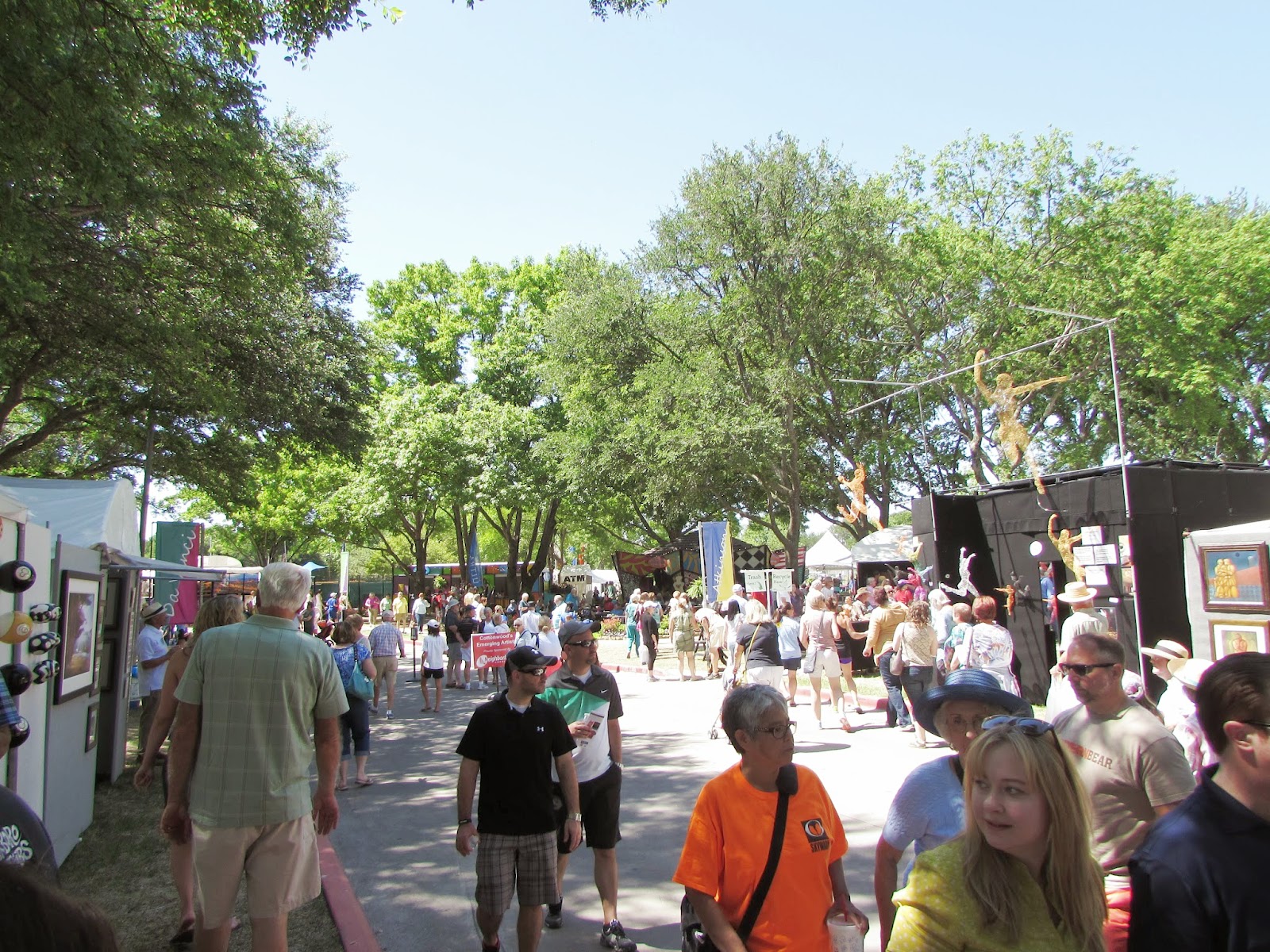 After C&C I picked up K and we went to the Cottonwood Arts Festival.  This was the absolute best art show I've been to.  It keeps growing and the caliber of the participating artists keeps improving, too. 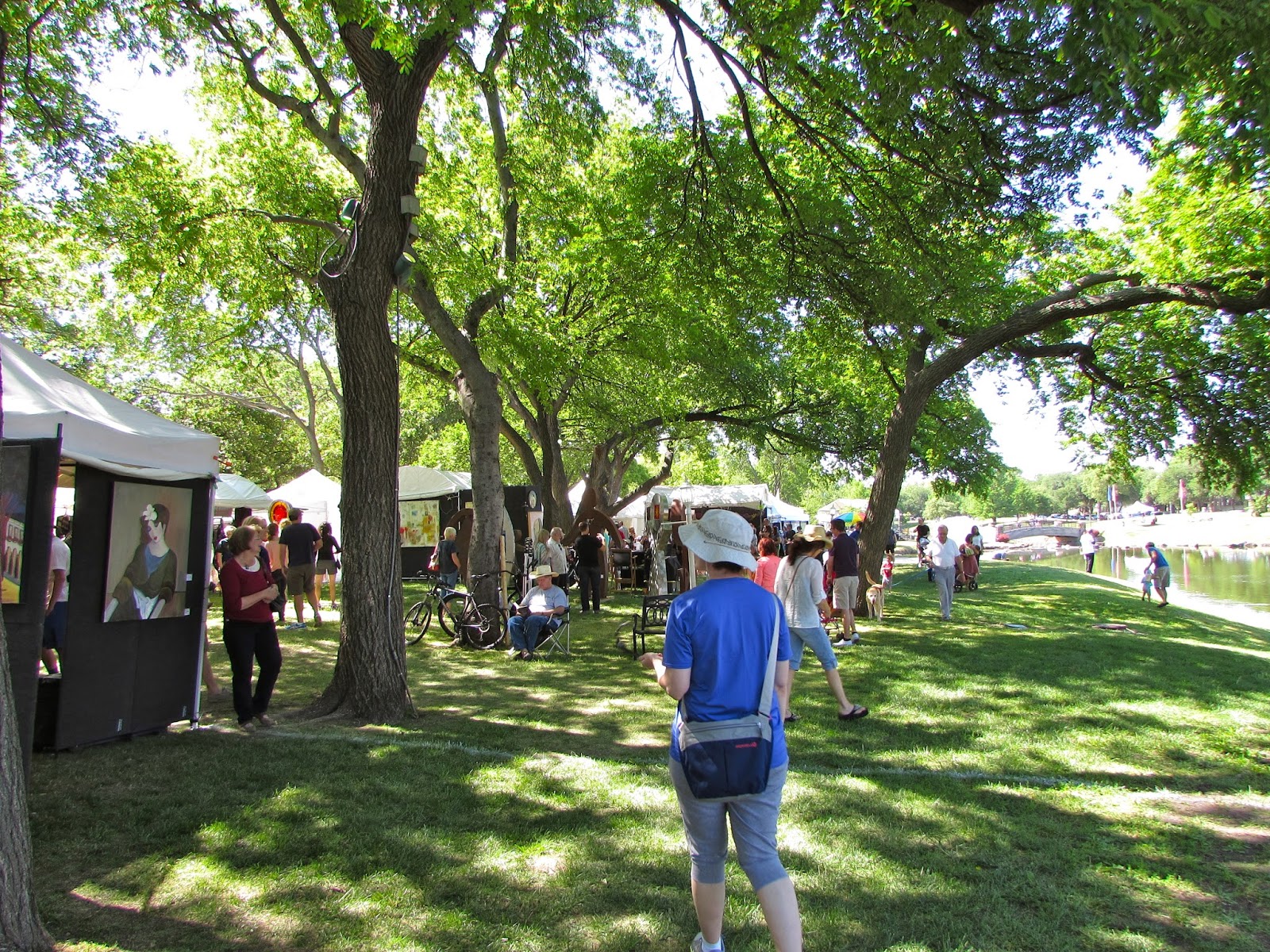 K was too busy watching the gander that chased his lady out of the little pond and up into the crowd with....umm...."less than honorable intentions" to pose for my picture. 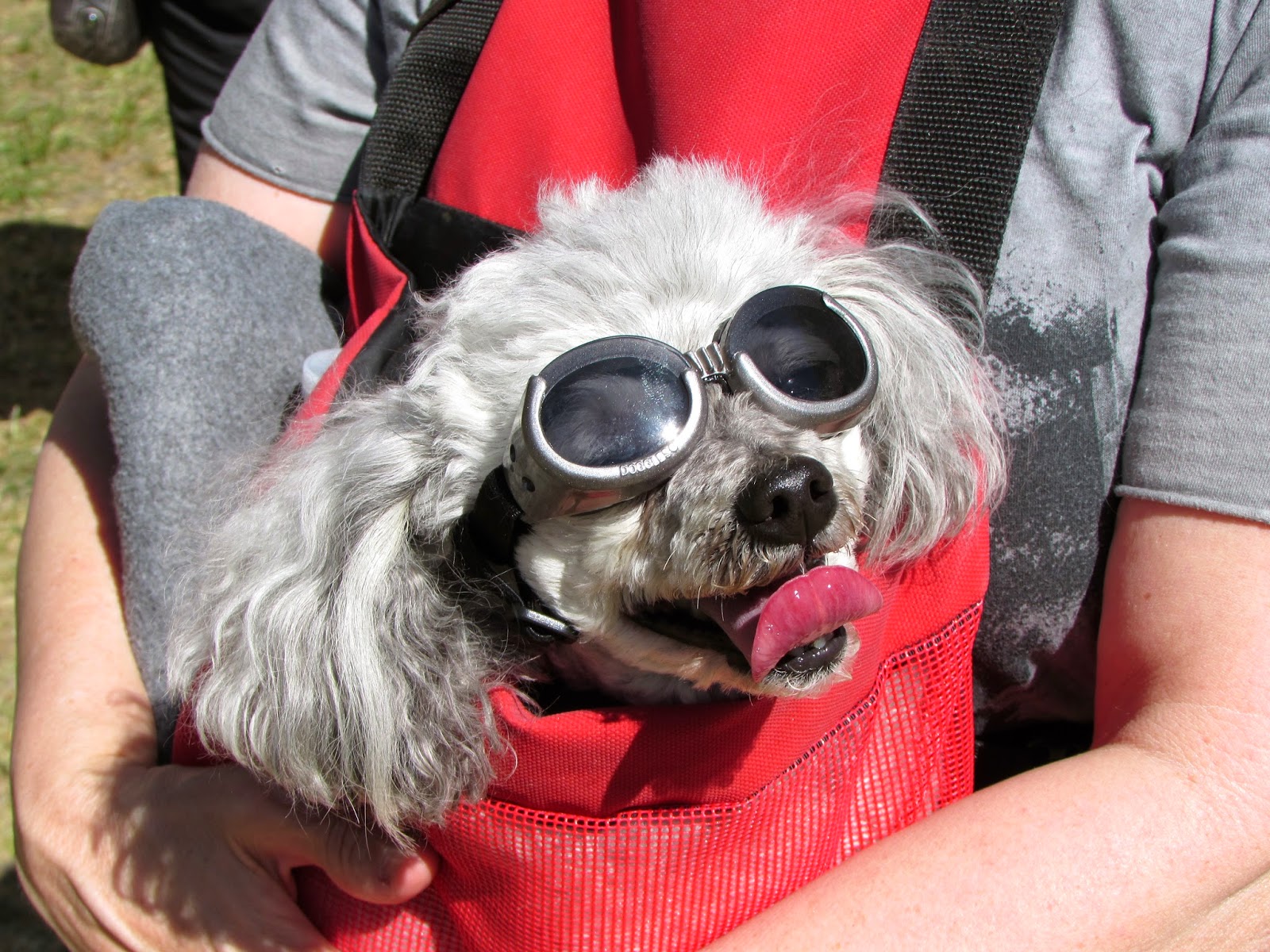 Besides checking out the art I always enjoy the people watching.  And the dog watching, too. 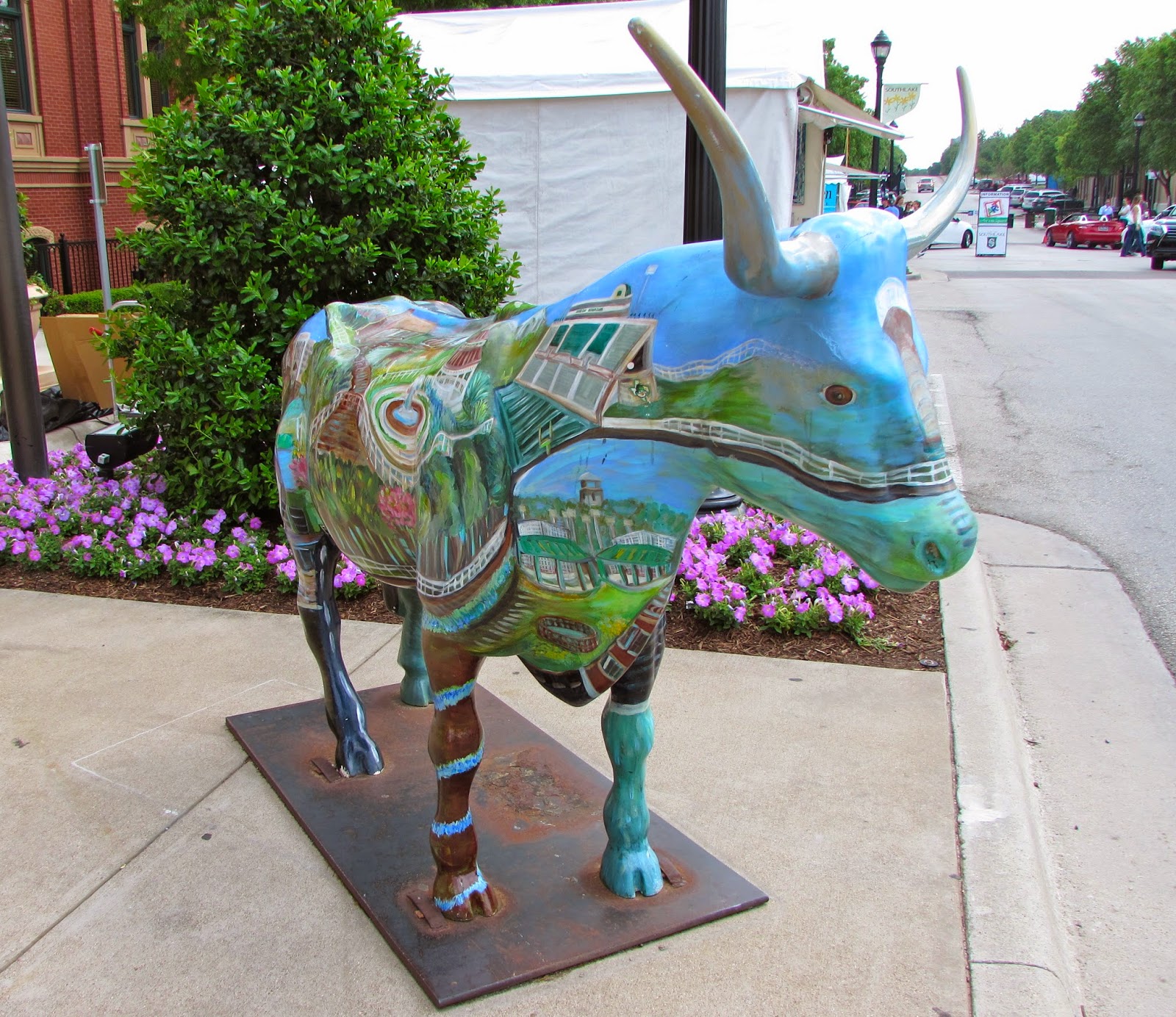 This was taken at the Southlake "Arts on the Square" show last weekend.  Our Tarrant County neighbors can't seem to get that "Old West" thing out of their system.  (Hey, I like cows, too, but I like mine served medium rare on a sizzling plate.)

That's all the art shows on our radar until the Fall.

Hope everyone had a great weekend, too.

Posted by Lowandslow at 9:40 AM