No?  OK then, how 'bout "rugby, barbecue, peach ice cream, and Ferrari"? 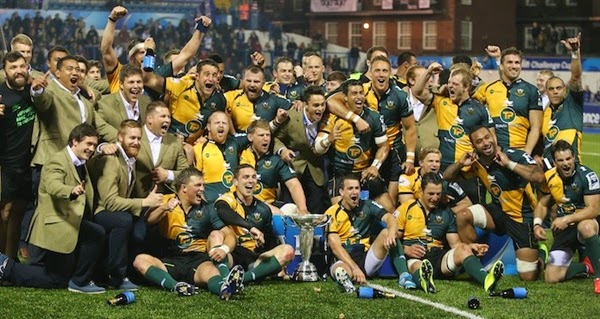 I'm kinda liking these long holiday weekends.  Friday night we watched the Amlin Cup championship game (rugby), and my team, the Northampton Saints, won it all in a hard fought game.  WooHoo!

Then yesterday we watched the Heineken Cup European rugby championship game where Toulon (France) beat Saracens (UK).  This was good for me as next weekend Northampton plays Saracens for the Aviva Premiership championship, which is the Super Bowl of English rugby.  A beat up Saracens won't hurt my feelings.  ;)

Today....in just a few minutes actually, I'm watching the Monaco F1 Grand Prix.  Do I dare hope Ferrari might sneak up on Mercedes and win one?

Later we're thinking about going downtown to Klyde Warren Park (no relation, DAMMIT!) to chill the afternoon away and maybe graze off one of the food trucks.  It all depends on the rain in the forecast.  It'll be one of those snap decisions if we go. 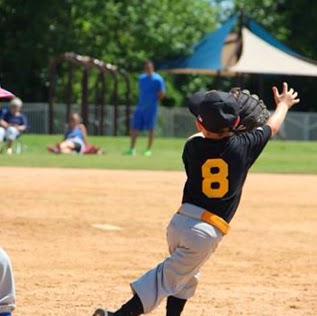 I missed grandson Parker's baseball game yesterday because it was at O-dark-thirty.  Next week it's at a more reasonable 11am.  He's a hoot to watch.

At age 4 (almost 5) he plants his feet, taps home plate, takes a couple of practice swings, then steps into the pitch and clobbers it!  He must be batting something like .999.  And he's a fine first baseman, too.

Don't forget to think of all our service men and women who are and have served and sacrificed so much for us, especially on this Memorial Day weekend.

Posted by Lowandslow at 8:39 AM