Why do scientists always bring us bad news? A joke now and then would be appreciated.

This is NOT the news I wanted to read first thing this morning: 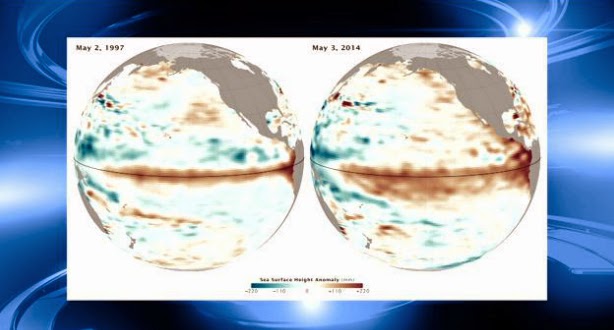 Scientist are warning that another El Nino is forming in the equatorial Pacific Ocean.  As you can plainly see from this satellite photo, an El Nino is a brown stain that forms on the surface of the water, then (I'm guessing) catches fire and scorches places downwind, like Texas.  DAMN!

They say this is looking ominously like the El Nino that formed back in 1997 and darn near fried me to a crisp.  (I'm pretty sure it was aimed just at me.)  I don't like summers in the best of time, and if this is true, this summer will be a sucky one.  I think I'll need to start a Countdown To Fall calendar just to give me something to live for. 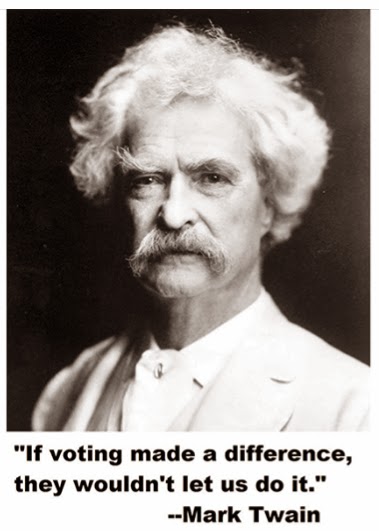 Ha!  I suddenly have a new appreciation of 'ol Mark Twain.  :)

I'll leave you today with a bit of humor:

A few minutes later another guy comes along and fills back in the hole the first guy dug, then he moved 50' to the next hole and filled that one in, too.  Over and over.  One guy digs, another guy fills in.

Finally the barber walked across the street and asked what they were doing, digging and then filling in all those holes?

The first guy said, "I know it probably looks odd, but you see, we work for the city.  We're normally a 3-man crew, but the guy who plants the tree is out sick today, so...."

Have a great weekend everyone! :)

Posted by Lowandslow at 7:58 AM